This Couple’s Brooklyn Apartment Has the Best View: The Place They First Met 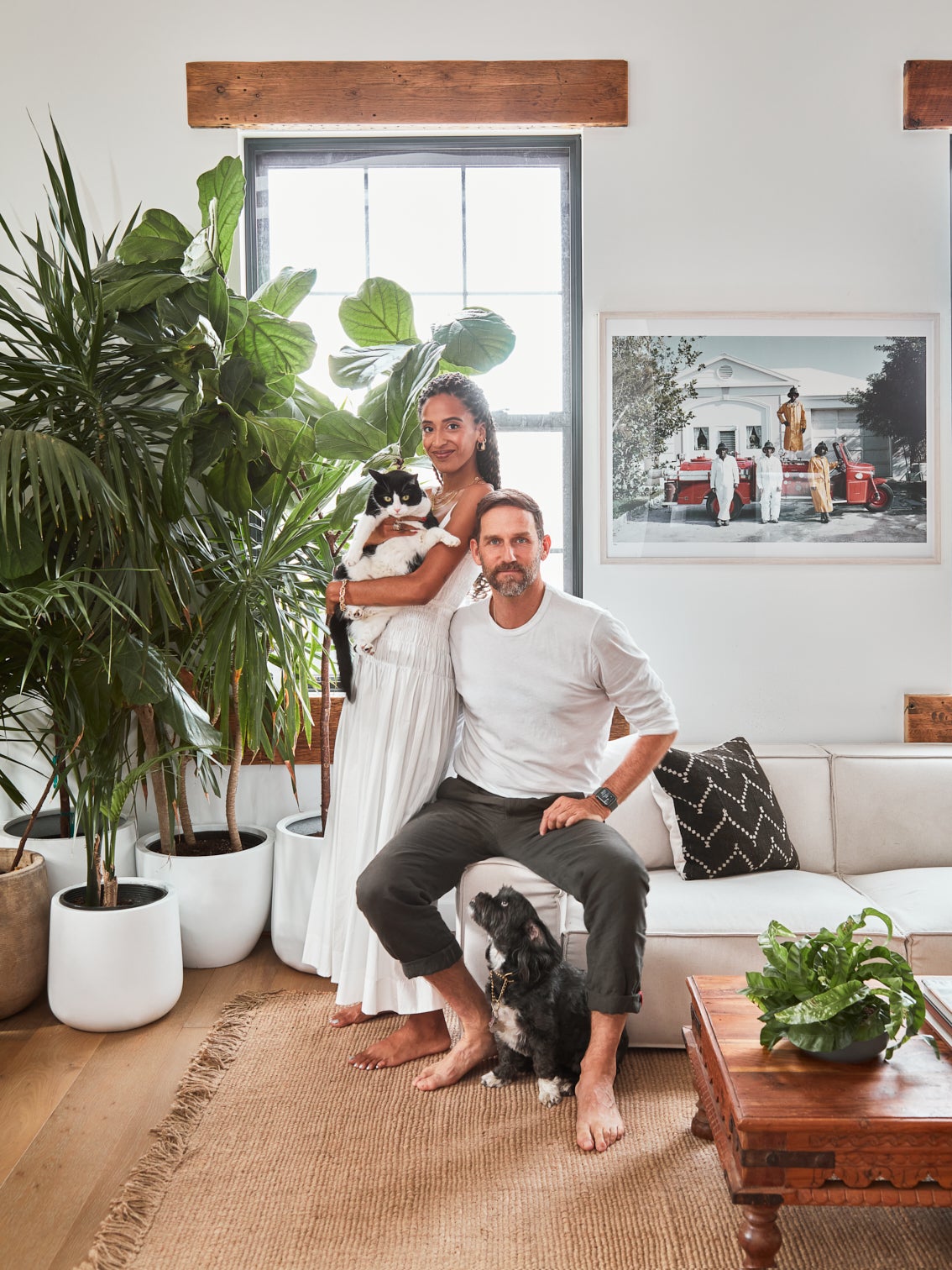 On Madison Utendahl’s résumé, you’ll find a bevy of recognitions and titles: She’s a Forbes 30 Under 30 recipient, a two-time Webby Award winner, and a storyteller above all else. And before starting Utendahl Creative in 2018, she was on the founding teams of Last Week Tonight With John Oliver, 29Rooms, and Museum of Ice Cream. Now she has another admirable quality to add to the list: preservationist. It’s a new craft she has come to hone, and it started when she unknowingly rented a house in Croton-on-Hudson that once belonged to Jessye Norman and found thousands of the renowned opera singer’s books piled up in the basement.

“She had all these belongings that were essentially considered unvaluable; things her estate did not want,” remembers Utendahl. As she and her partner, Lex Kendall, founder of New Stand, flipped through the books (a number of them first editions), they discovered handwritten notes from the authors to Norman about how her music influenced their work. “And so we restored as many as we could and brought them back to life,” says Utendahl.

A good chunk of Norman’s collection now lives in the couple’s Williamsburg, Brooklyn, living room on top of custom shelves that Kendall made and installed himself. Nearby, hanging over the sofa, is another slice of history: A limited-edition Slim Aarons photograph (it is one of 150 ever printed) of four men in the Lyford Cay fire service in the Bahamas. Utendahl was drawn to the piece not just for its striking color composition, but the fact that Aarons rarely shot Black subjects. “We wanted to make sure that when people came into this room, that they understood the symbolism of this picture and being in proximity to Jessye’s books,” says Utendahl. “This history is being preserved through myself as a Black woman in this country…there is just a lot of depth behind this room.”

The couple’s personal past is also woven throughout their space. From the dining room window, they can see into the apartment building across the street where they first met. “Our intro to each other is romantic and also not romantic,” says Utendahl with a laugh. A mutual friend had hosted a dinner party, where the 20-something-person guest list was made up of singles or anyone who had gone through a recent “COVID breakup.” “Toward the end of the night, with some liquid courage, Lex approached me and we realized we had crossed paths probably for about a decade,” she shares. When they toured this apartment last summer and discovered they had a bird’s-eye view into their origin story, they were sold.

If Kendall and Utendahl hadn’t gotten so lucky as to reach out to their now landlords within two minutes of their rental’s listing going live, they might not have scored the hidden gem. There are only two apartments in the building, and it’s chock-full of character (it used to be a commercial space for the Domino Sugar Factory). When Kendall designed the living room bookshelves, he chose planks that would complement the old wood ceiling beams and salvaged cabinet doors. “The wildest part of the experience is after we signed the lease, we received offers from other potential renters who asked if they could buy us out, as they fell hard in love in the apartment like we did,” says Utendahl.

The couple added a touch of charm to the recently renovated bathroom by painting the walls black. The color choice makes the two portraits on the walls—both by Black Asian photographer Courtney Yates—pop, while also disguising their fancy, modern litter box in the corner. “We wanted it to match so that no one knows it’s there,” says Utendahl, laughing.

The mini jungle happening in the dining area, on the other hand, is hard to miss. Utendahl reveals that simply talking to their plants has drastically improved their well-being, but so has sparingly running the AC and situating them in the sunniest spot. “We underestimate how much light these plants need, especially ones like bird of paradise,” she shares. “They die pretty quickly in people’s homes because we don’t preserve them and take care of them in the way that we should.” 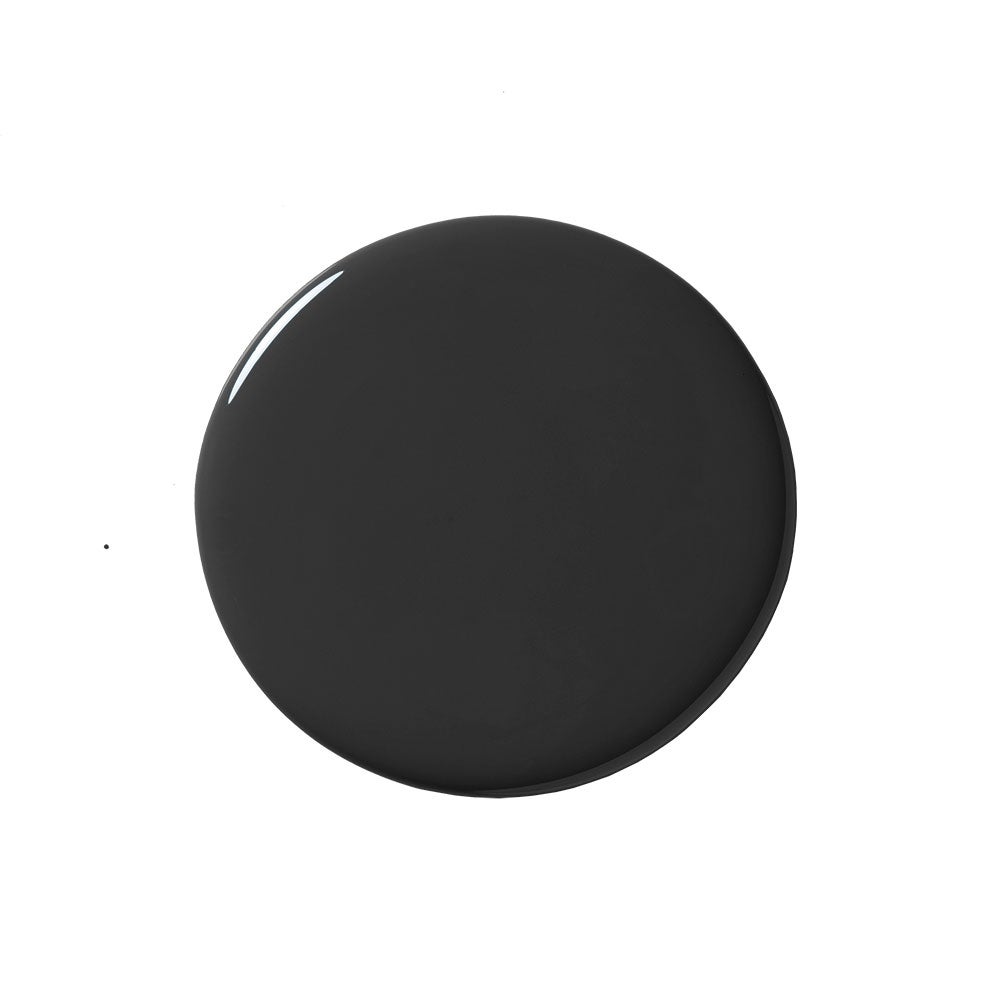 After Hours, Backdrop (from $45)
Shop 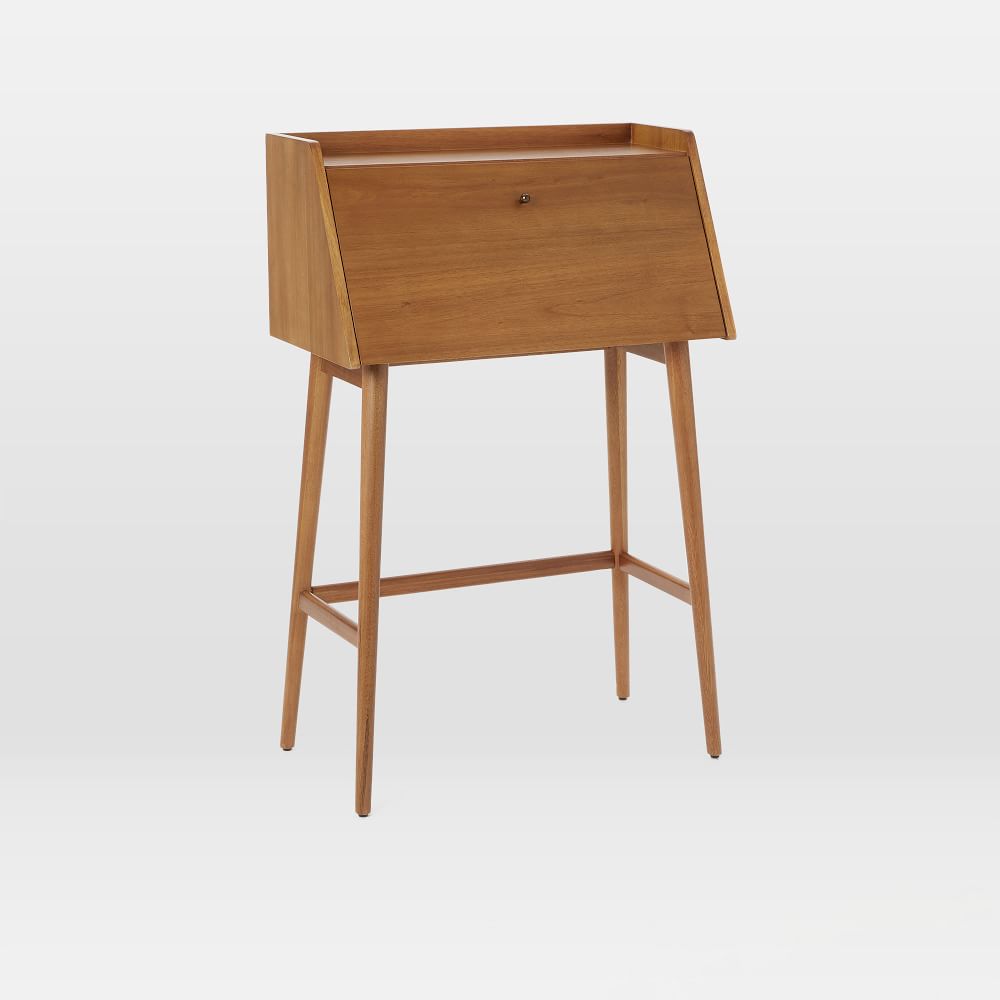 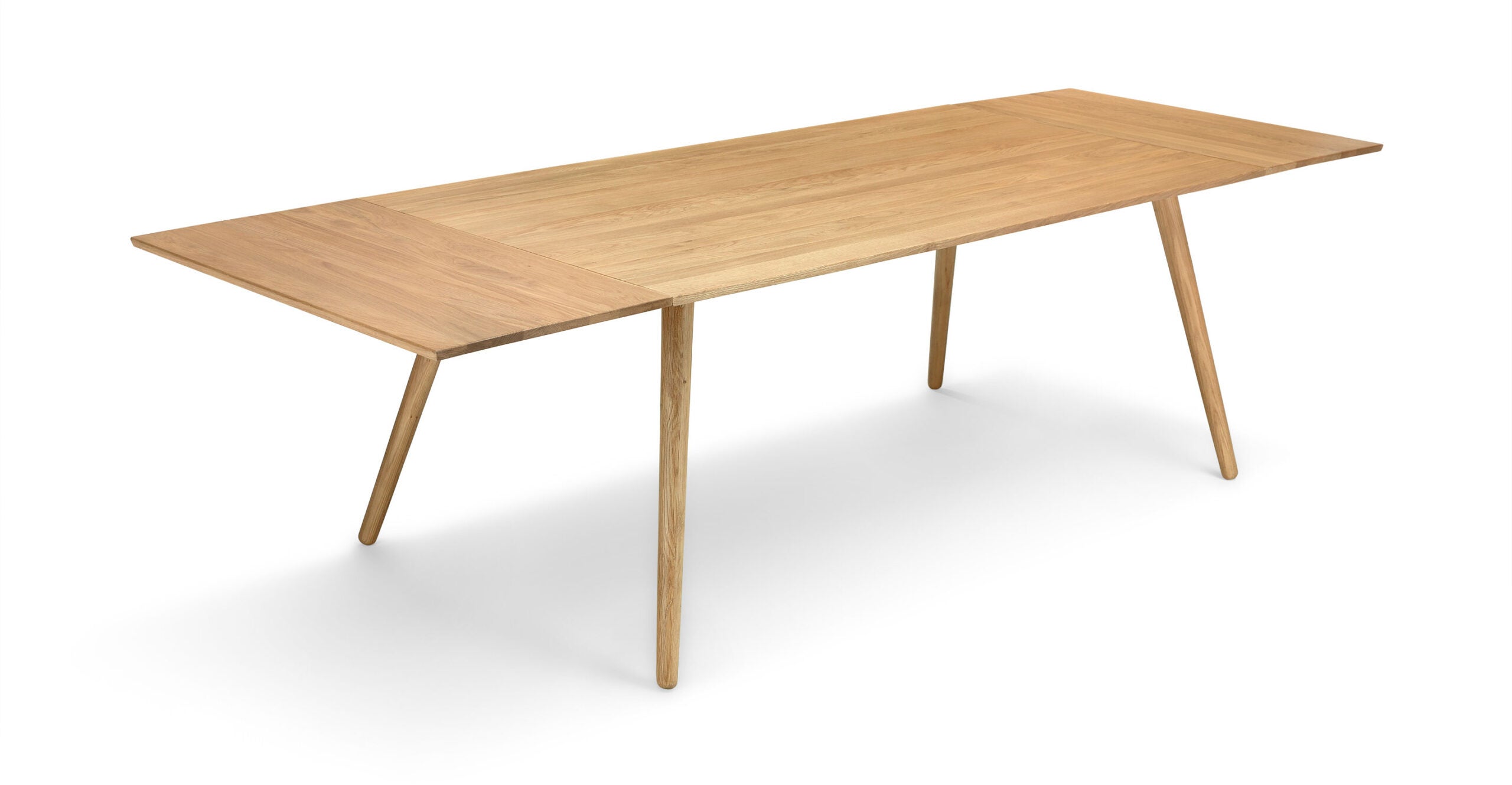 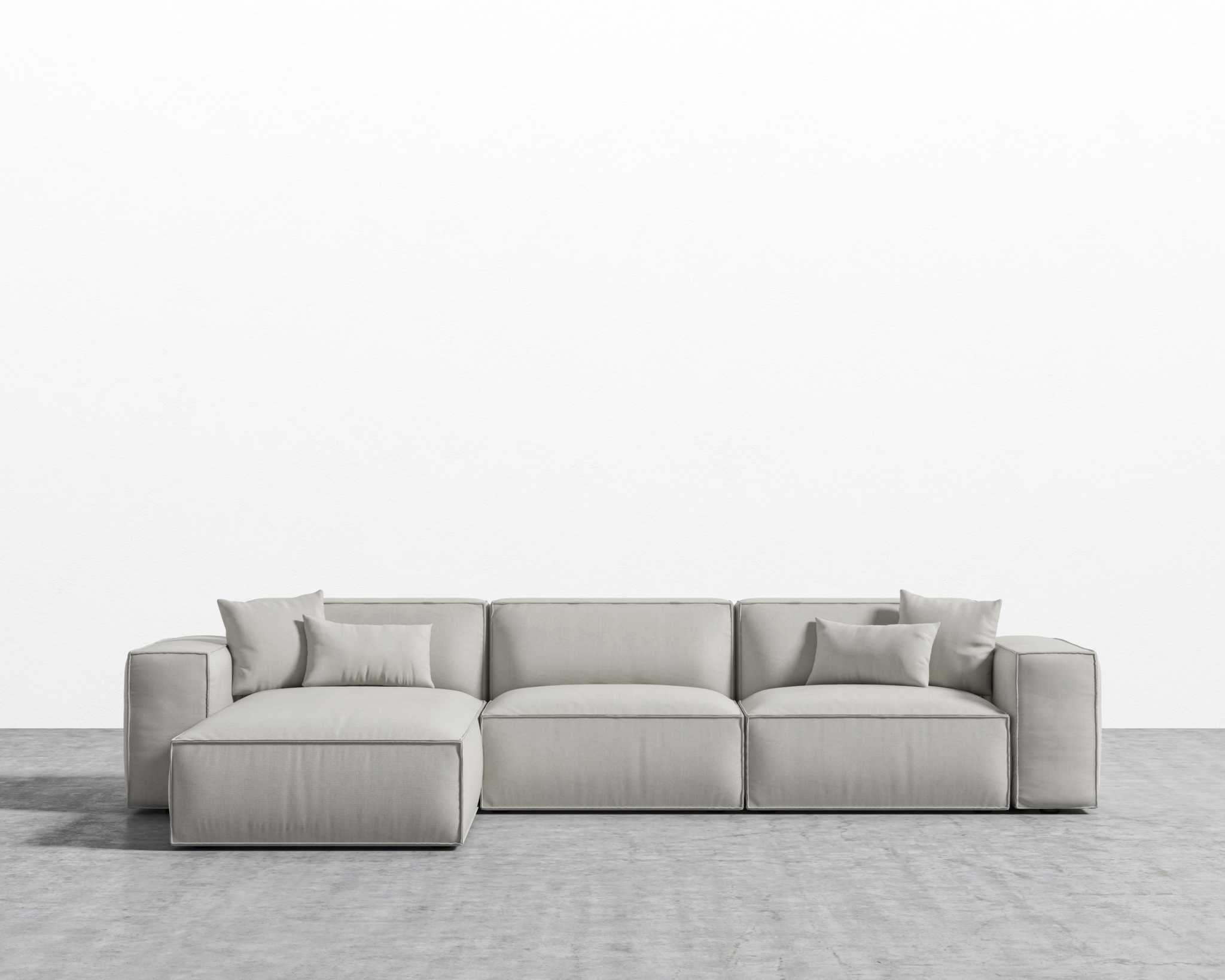 Go-to local vintage shop: I just ask my friend Elsa Hosk, who has the best eye that I know.

Where I buy plants and gardening supplies: Geometry Gardens.

Object in my home that gets the most use: Our Rove Concepts white sofa.