The power of reupholstery. 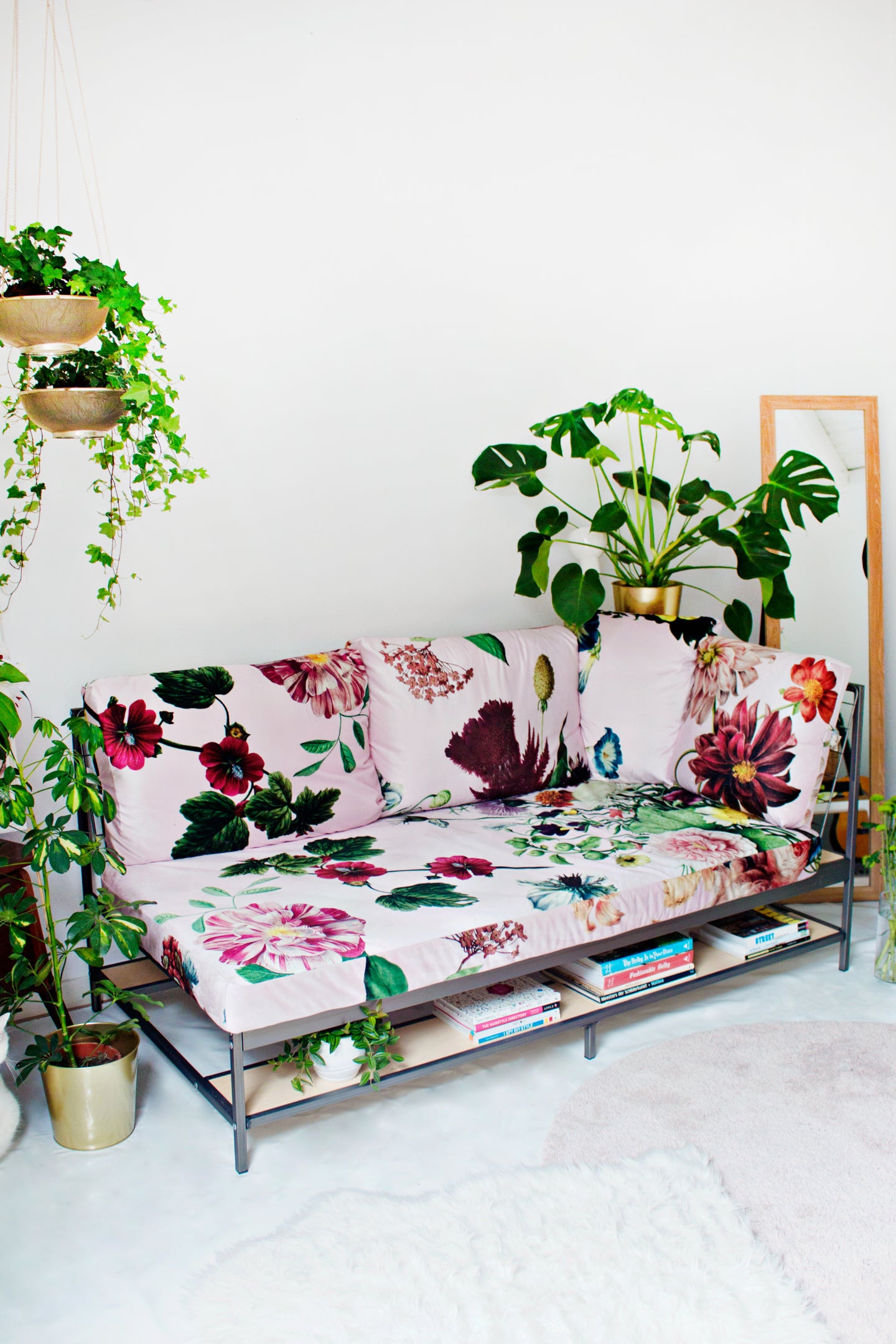 Buying an IKEA sofa is a rite of passage—it’s practically written in the starter apartment handbook. But at some point, maybe after a few moves or a couple of wine spills, that new-sofa smell wears off and you’re left with an important question: To keep or not to keep?

We vote keep. Hear us out: Like any beloved IKEA product (think: Besta cabinets, Pax wardrobes), every single one of the company’s sofas is hackable. Our trick of choice? Reupholster it. While there are a number of innovative companies out there making chic, ready-made slipcovers specifically for IKEA couches, you can also go the DIY route. The four makeovers below will convince you to play dress-up.

Create Your Own Fabric

IKEA’s Ekebol sofa was seemingly designed for tiny spaces: It has built-in shelving and removable cushions, and can squeeze into tight corners. The only catch? Its washed gray fabric isn’t quite as inspiring. Pro DIYer Lana Red gave her piece a floral flair by wrapping it in a bold print she designed herself and sent to Spoonflower for manufacturing.

Swathing a basic sofa in ultra-luxe fabric is a surefire way to elevate the piece. Refinery29 cofounder Christene Barberich likens her re-covered Vallentuna sleeper sofa to “1960s atomic Italian modernism.” The funky printed velvet fabric in question is Princesa by Gaston y Daniela and was fitted by Brooklyn-based Y&C Upholstery.

Customize It From Top to Bottom

When Black and Blooms blogger Sara Toufali and her boyfriend moved into their sunny Los Angeles apartment, they realized their dark gray Söderhamn sectional was really dampening the mood of the bright and airy living room. Instead of scrapping the four-seater, Toufali worked with Comfort Works to create a custom cream-colored slipcover. They also switched out the metal legs for pinewood ones that picked up on the warm honey tones of the many rattan planters.

Cover It in a Flash

Self-professed “Scandiphile” Rebecca Thandi Norman, one half of the pair behind the blog Scandinavian Standard, upgraded her Söderhamn sofa with a made-to-order slipcover by Bemz in pale pink. The process, as Norman outlines, is super-straightforward: Request a few fabric samples, place your order, and it will arrive at your doorstep six to eight weeks later.

See more stories like this: 8 IKEA Besta Hacks to Inspire Your Next Storage Overhaul IKEA Has Announced 26 Fresh Collections—These Are the 3 We’re Dying to See How an Artist Gave Her IKEA Frosta Stools a Literal Facelift