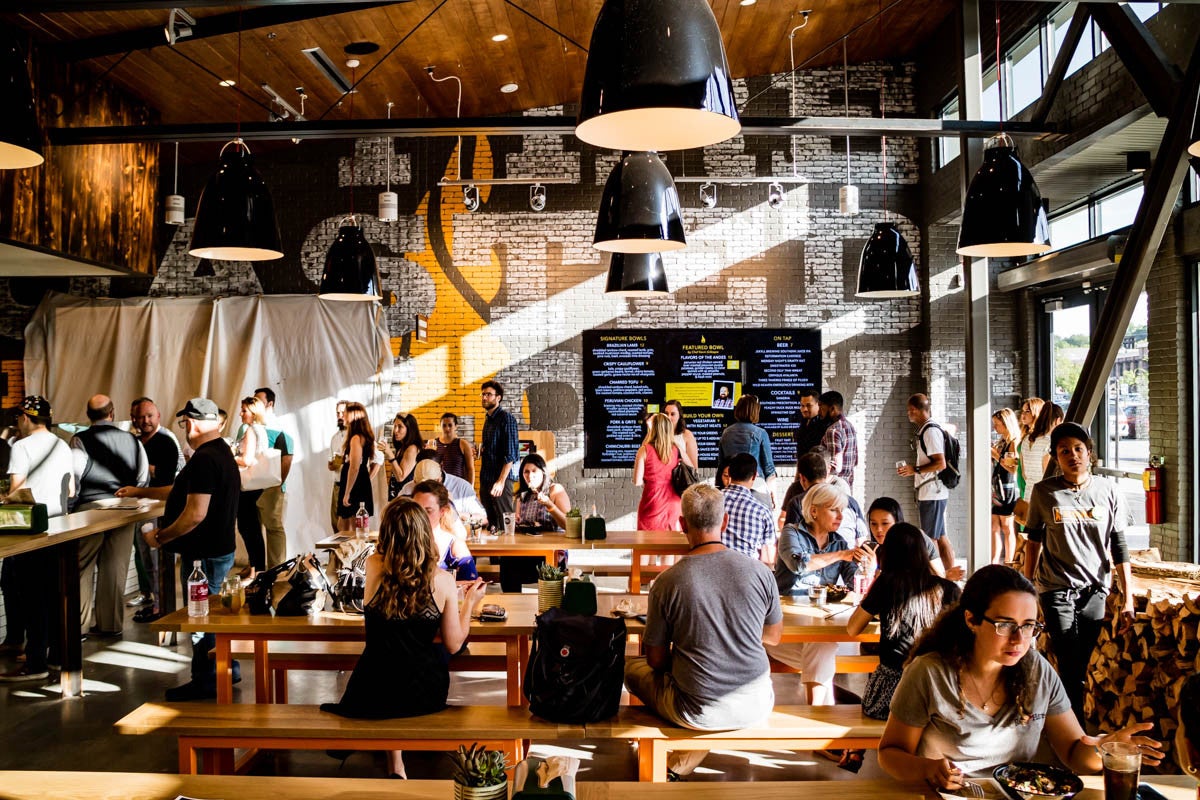 While Whole Foods has been putting eateries and bars in its grocery stores for years, the supermarket chain just took things to the next level in Atlanta: Locals are now able to dine at Whole Foods without actually going to Whole Foods. The national supermarket just opened its first full-service, standalone restaurant in the city’s Midtown neighborhood, and early reports indicate that it’s pretty darn good.

Marking Whole Foods’ first Southeastern foray into the restaurant business, The Roast officially opened to the public on June 1 next to the brand’s Ponce de Leon store, which opened last year. This opening follows the chain’s launch of more affordable, smaller stores named 365 by Whole Foods Market, as part of the company’s bid to expand the brand past its standard supermarkets.

Described by Eater Atlanta as a “fast-casual spin on a typical Brazilian Churrasco concept,” The Roast features a Brazilian menu and a roster of local chefs. One such local is chef Kevin Gillespie, known for his stint on Top Chef and his two Georgia restaurants Gunshow and Revival. He kicked things off with a “flavors of the Andes” bowl comprised of Peruvian red chicken, roasted purple potatoes, golden beets, and an ají amarillo pepper sauce.

In addition to the standard menu (which changes seasonally), there is a build-your-own bowl option for customers as well as vegetarian and vegan options. The Roast also has a full bar of cocktails and spirits.

The decor of the place is every bit the quintessential “fast-casual” restaurant: Chefs prepare the food in an assembly line, giving patrons a full view of the fire-roasting meat and cooking process. Subway tiles, industrial bell light fixtures, and a floor-to-ceiling windows facing the street define the interior.

One wall features exposed brick painted with a mural, another features paneling with a funky Art Deco-inspired geometric pattern, and the vaulted ceiling is lined with wood. There’s bench seating for 48 customers and digital kiosks available for quick ordering, as well as a separate room with free billiards and a DJ booth to keep you entertained while you wait for your food to be prepared.