Oprah’s Newest Launch Is All About Targeting Your Tastebuds

Thanks to the beloved A-lister, guilt-free eating takes on a whole new meaning. 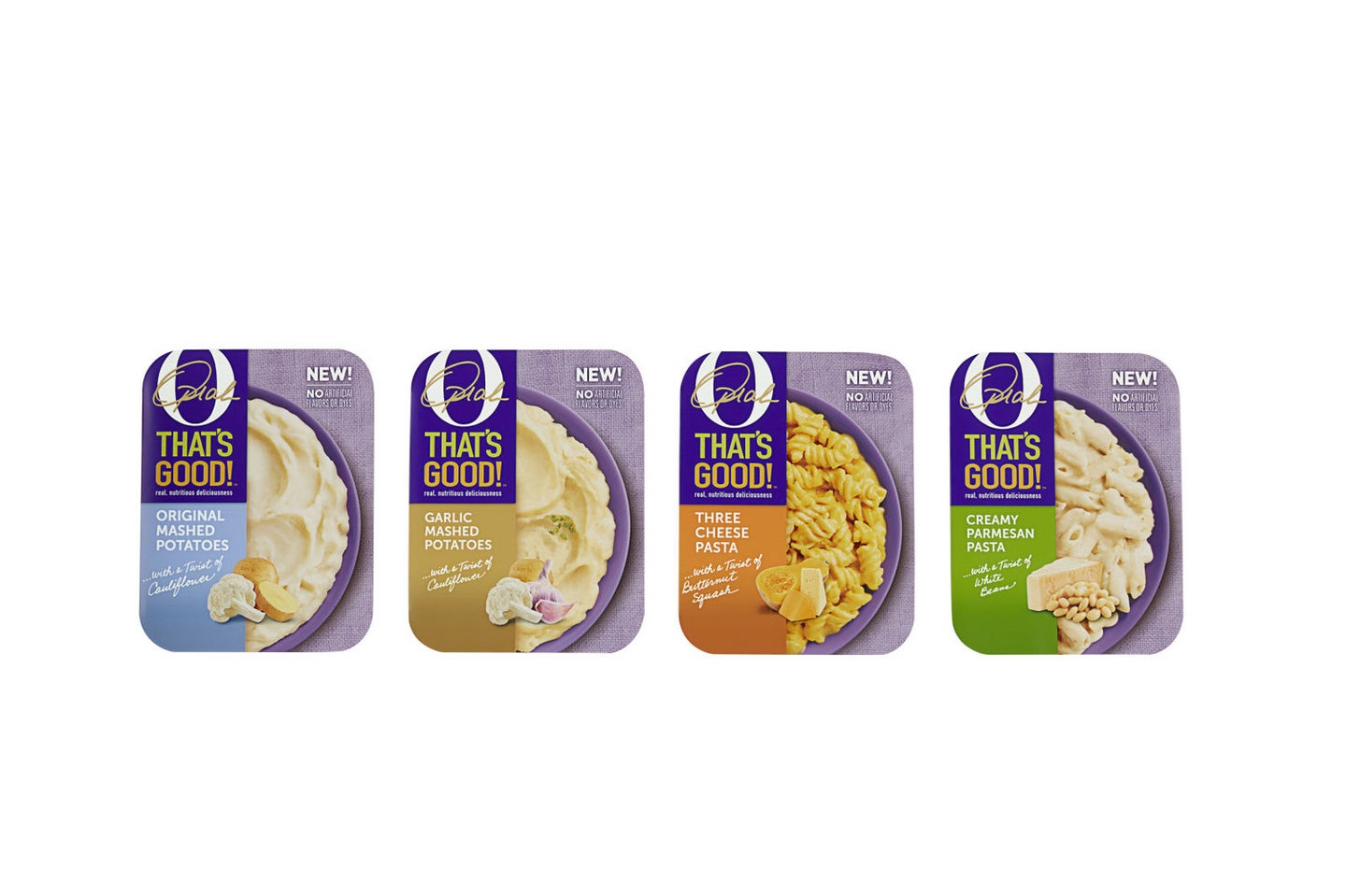 The media mogul who tapped into our hearts and souls every afternoon for 25 years has now discovered a way to connect with our taste buds, too—in collaboration with Kraft Heinz, Winfrey is launching a collection of heat-and-eat foods. Charmingly dubbed O, That’s Good!, the line will officially debut nationally in October. And while it’s comfort food at its core, it has both a nutritious spin and philanthropic twist.

Over the years, Winfrey has made a name for herself in the food and health industry as a Weight Watchers spokesperson, so her transition to the refrigerated aisle seems only natural. O, That’s Good! will initially offer four side dishes—Three Cheese Pasta, Creamy Parmesan Pasta, Original Mashed Potatoes, and Garlic Mashed Potatoes—as well as four soups: Creamy Butternut Squash, Creamy Tomato Basil, Baked Potato, and Broccoli Cheddar.

But don’t let their names fool you: The ready-in-minutes meals—which will sell for less than $5 each—are more healthful than their labels suggest.

All of O, That’s Good!’s products will fulfill their health-conscious twist by replacing certain fats and carbs with veggie-based substitutes. For instance, the Creamy Butternut Squash Soup—which is a savory option to enjoy come fall—uses sweet potato and carrot puree, while the Creamy Parmesan Pasta swaps cream for a white bean blend. As for the mashed potato dishes, they’re a simple mix of potatoes and mashed cauliflower.

For Winfrey, it was the potato-cauli combo that originally sparked her interest in a food line. “I’ve eaten more cauliflower and potatoes then you can imagine, trying to get the exact right summation of cauliflower to potatoes. I think we did it,” she told People.

While the tons of hearty vegetables were enough to catch our interest, it’s worth noting that Winfrey’s line will also help support a worthy cause. Ten percent of the profits will be split between two charitable organizations that are fighting to end hunger: Rise Against Hunger and Feeding America.

So, it comes as no surprise her latest venture is only further proof that it’s Oprah Winfrey’s world, and we’re all just living in it.

Related reading: Amazon is Cutting Prices at Whole Foods, Starting Today Why an Italian Chef Stepped Away From Pasta—For Awhile How to Open a Restaurant, According to The Duo Behind Brunette