UPDATE: Here’s How You Can Get Even More Discounts at Whole Foods

Your grocery shopping is about to get so much more affordable. 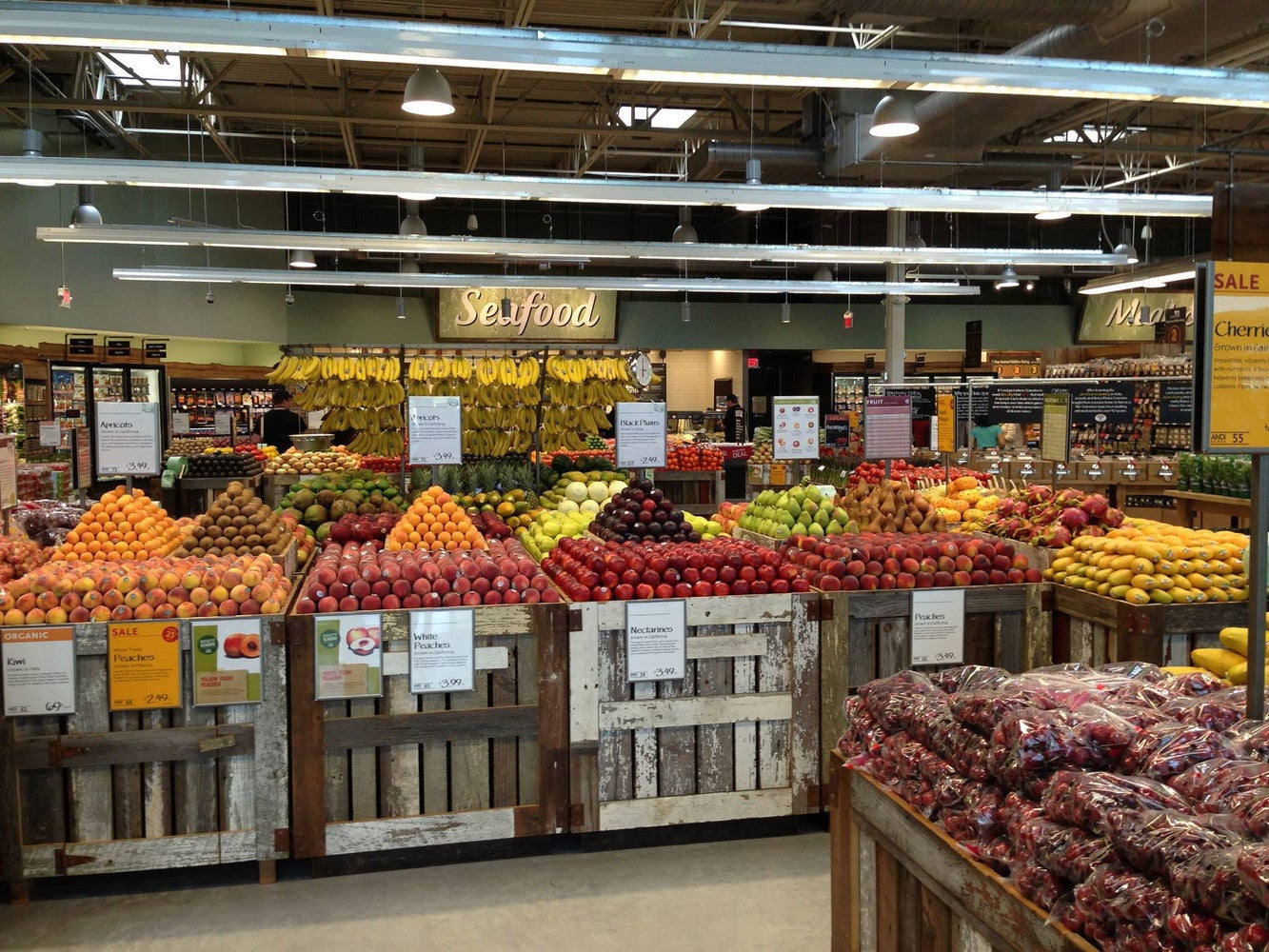 The much-discussed acquisition of Whole Foods by Amazon was made official on August 28, 2017, and there have been a steady stream of changes ever since.

Amazon pop-ups began appearing at various Whole Foods stores across the nation. The retailer slashed its prices in anticipation of holiday entertaining. An array of Whole Foods products even began popping up for delivery on Amazon’s Prime Pantry. And now, shoppers are about to receive another benefit from this major partnership: Amazon recently announced that Prime members will receive an additional 10 percent off hundreds of sale items at Whole Foods (ready those shopping lists).

“This new Prime benefit at Whole Foods Market is a perfect pairing of healthy and delicious food at even more affordable prices. Our vision is that every day, Prime makes your life better, easier, and more fun,” said Amazon Prime vice president Cem Sibay in a statement. “Shopping at Whole Foods Market with exclusive deals and savings is all of this and more.”

In addition to the extra discount, Prime members benefit from weekly promotions on select best-selling items. For example, this week, Whole Foods is offering a five-for-$5 deal on mochi ice cream (the perfect summer treat, just sayin’), 25 percent off bulk items like nuts and dried fruit, and baby back pork ribs at just $4.99/lb—a $5 saving.

To take advantage of these new offerings, download the Whole Foods app and sign in with your Amazon account. After you scan the app’s Prime Code at checkout, you’re all set.

After announcing this new deal in May 2018, Whole Foods initially tested it only in its Florida stores. Apparently, it went so well, as of June 27, Prime member savings will be available nationwide. Online shoppers won’t miss out on this deal either, as those getting their Whole Foods goodies via Prime Now (currently only out in select markets, with plans to expand throughout the year) are also eligible for the new savings.

“Customer feedback has been overwhelmingly positive—in fact, Prime members have adopted this benefit at one of the fastest rates we’ve seen,” said Sibay.

Considering one of the first things Amazon did upon buying Whole Foods was reduce store prices, this move is welcome—but not entirely surprising. According to Amazon, the aim following the acquisition was to make the chain more accessible, in order to make it easier for people to eat organic, and not have to sacrifice quality for price.

“We’re determined to make healthy and organic food affordable for everyone. Everyone should be able to eat Whole Foods Market quality—we will lower prices without compromising Whole Foods Market’s long-held commitment to the highest standards,” Jeff Wilke, the CEO of Amazon Worldwide Consumer, said in a statement.

That’s right. “Whole paycheck” no more: You’ll now be able to buy all the organic avocados and responsibly-farmed tilapia you need without having to take out a second mortgage. The price cuts have so far been applied to all the bestselling grocery staples, with produce, meats, fish, and dairy among the newly-discounted items.

That said, Amazon-friendly prices aren’t the only changes we’ve seen as a result of the $13.7 billion deal: The online retail giant’s presence is felt more literally in Whole Foods, too. Amazon Lockers, a delivery system that allows customers to pick up their products at a destination instead of having them shipped to their homes, is available in select Whole Foods stores.

“By working together with Amazon and integrating in several key areas, we can lower prices and double down on that mission, and reach more people with Whole Foods Market’s high-quality, natural, and organic food,” said Whole Foods CEO and co-founder John Mackey. “As part of our commitment to quality, we’ll continue to expand our efforts to support and promote local products and suppliers.”

It seems these changes are only part of Amazon’s growing interest in the food industry—the company is also rumored to be launching a meal delivery service in the near future. But don’t worry, Whole Foods fans: While structural changes continue to be made, the actual products will remain untouched. Your umeboshi plums aren’t going anywhere any time soon.

This story was originally published August 28, 2017. It has been updated with new information.