The Peppy Patterns in This London Apartment Clash on Purpose

“I wanted it to feel eclectic and unintentional—not too ‘done.’” 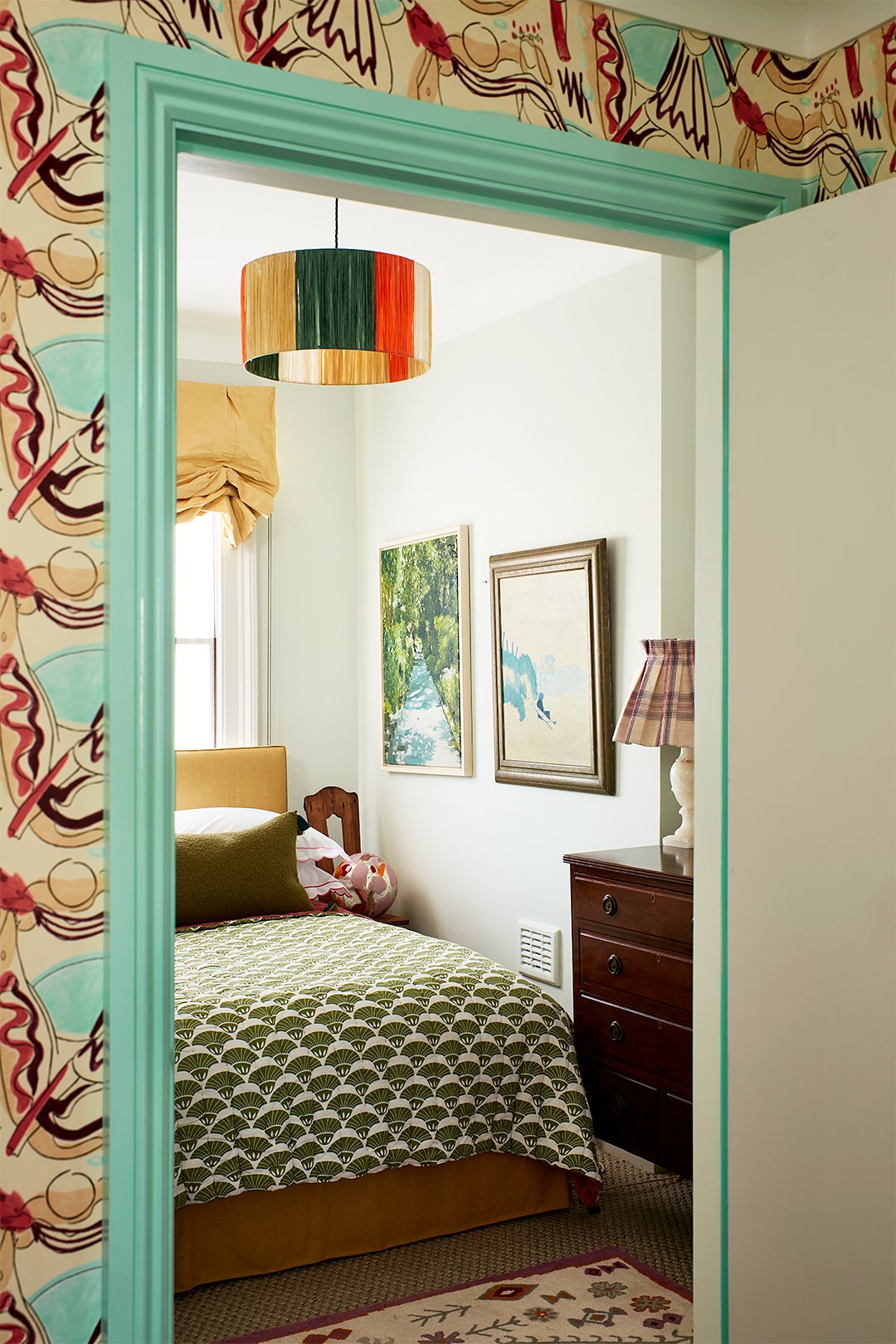 In her line of work as an interior designer, Cath Beckett, the cofounder of Yellow London, encounters a dazzling array of fabrics and wallpapers on a daily basis. So when it came to decorating her first home in London’s Notting Hill two years ago, she relished the opportunity to embrace all the playful patterns that had caught her eye. “I had a list of prints I wanted to use, and that’s where the design process began,” she says.

That those motifs—from the abstract botanical in the dining nook to the calming pastel clouds in the bedroom—were wildly different was no obstacle. “I looked at all the textiles together as a whole, to make sure one room flowed into the next, but I didn’t want it to be too matchy-matchy,” explains Beckett. “I wanted it to feel eclectic and unintentional—not too ‘done.’” Case in point: lilac striped cushions on the powder pink sofa. “They might not be everyone’s cup of tea, but I love those colors,” she notes.

From the moment you enter the hallway of the second-floor apartment—a small square drenched in riotous sketches and turquoise doors painted in gloss—Beckett’s eclectic sensibility is immediately evident. “I don’t know what it is about color that puts you in a good mood, but it creates a strong feeling for me,” she says.

Having previously only ever rented in the city, Beckett moved in with zero furniture of her own. To offset her penchant for designer wallpapers and upholstery, she bought mostly preloved pieces on eBay or at antiques markets. A couple of family hand-me-downs, including a spare bed, helped, too.

Beckett kept the existing white kitchen cabinetry but added a mirrored backsplash. “That really made the room feel bigger,” she says, crucial given the blush sitting area, open to the kitchen, is home to an enormous sofa (which almost didn’t make it through the doorway).

She designed the cloudlike ottoman herself and had her upholsterer bring it to life, then called upon her industry contacts to craft a bespoke dark green rug with a twist: In each corner there is a large, different colored spot.

Off the living space, every inch of the narrow dining room is clad in a graphic Pierre Frey wallpaper, including the ceiling. “I find myself just sitting there and staring at it because it has so much going on,” says Beckett. Accessed by a set of steep steps (which she had reconfigured so that they encroached less on the floor space), a German biergarten table and matching orange bench make for the perfect slim setup. “It’s so fun when there are eight people sitting around eating. It’s cozy and encompassing—you feel like you’re in a restaurant, not a house.”

A washing machine is stashed away in a cupboard; by day the nook cleverly doubles as a place to dry garments thanks to a wood ceiling rack that Beckett inherited from the previous owner.

The bedrooms evoke more of a bijoux country house feel—note Beckett’s tulip-print headboard (an impulse buy when visiting the Svenskt Tenn store in Stockholm) and chintzy skirted dressing table. But contemporary touches, like the custom red lacquered nightstands and cloud-print curtains, are just the right unexpected twist away from the traditional.

Beckett lived with the existing bathroom suite as is for a while, but eventually she had to swap the drab gray tiles. “They just depressed me every day,” she says. The new stripy style has a far sunnier disposition. She painted the walls blue and framed a selection of vintage prints picked up at nearby Portobello Market. “I think I’ve crammed this place with enough stuff for now!” she says, laughing.