The Shower in This South Carolina House Is an Entire Room, Not Just a Corner

You could say it’s naked. 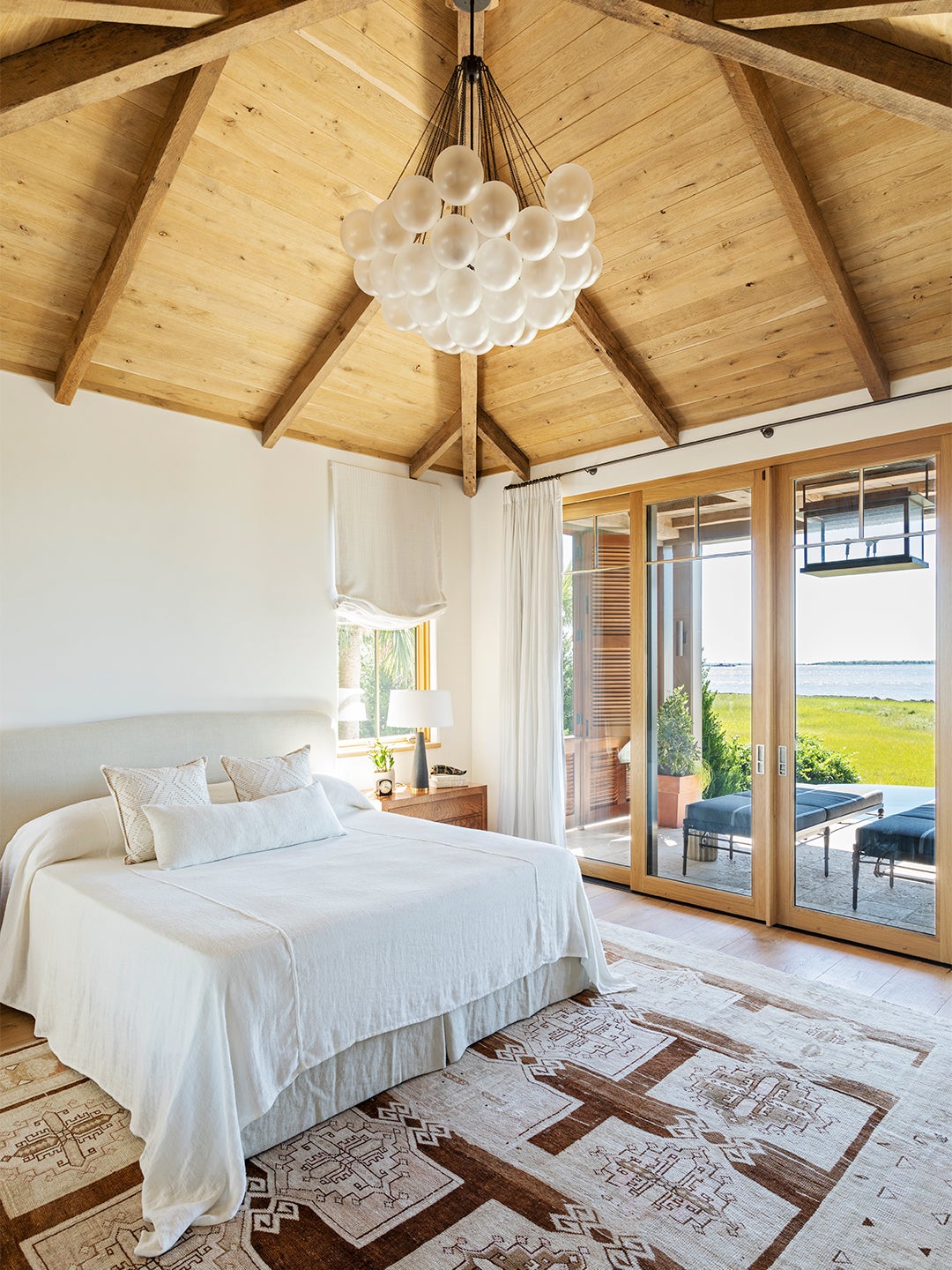 The phrase patience is a virtue should be followed by the words “when building a home from the ground up.” Steve Herlong, design principal at Herlong Architects, and Heather Allison, the firm’s interior designer, recently wrapped a project on Sullivan’s Island, South Carolina, that started—wait for it!—eight years ago. Back in 2014, a young couple contacted Herlong about constructing a home on a small plot of land they had purchased overlooking the Atlantic Ocean and Fort Sumter. But not long after they drew up the plans, the owners hit the pause button, bought another house to live in in the interim, and traveled a lot. “When they came back to us to proceed, they decided to go a different direction with some of the interiors,” explains Allison. “They had a lot of very specific inspiration photos of European cabinetry and ideas for utilizing every little corner.”

While all that time afforded the homeowners the opportunity to make fresh aesthetic choices, it also meant the firm had to get certain plans reapproved by the Design Review Board (some of the FEMA flood-zone requirements had changed—one of the not-so-sexy sides of building a house on the coast). Because the half-acre plot was so tight, the architects had to get creative with the shape of the house: The two wings that flank either side of the center of the entrance jut out at different angles. But by departing from the standard rectangular layout, it created transition areas inside the home where they could really get playful (in one spot they carved out a coffee bar; in another they added a dome). “We came up with the most unique little spaces,” notes Herlong. Take a peek for yourself.

Through the Looking Glass

To delineate some of the transitional spaces from the main living zones, the designers installed interior transom windows that were custom-designed by a local glass studio. “It helps give the home a lot of character as you move throughout,” notes Allison.

Out in the Open

The initial plan for the main shower was to close it off with a standard enclosure with two doors, but once the design team saw how stunning the handmade terracotta wall tile was, they nixed the feature altogether and went, well, totally naked. “Why would we want to take away from it by adding glass?” says Allison. The homeowners were game for a fully open-concept bathroom, given they’re the only ones who use the space and there aren’t kids popping in and out unannounced. A low bench helps visually divide the wet area from the dry area and also offers a place for someone to prop up a leg while shaving or corral shampoo bottles.

A Time and Place for Everything

While the massive kitchen island was an entertaining must-have, so was the walk-in pantry. This way, when the couple are hosting parties, dirty dishes and surplus serveware can be swiftly hidden out of sight. The perk of going bespoke with the cabinets, now painted Vault by C2 Paint, was tweaking the measurements to the clients’ exact belongings, like their collection of glass water jugs, and making the most of every inch around the top of the pantry threshold.

The house is a lesson in restraint when it comes to paint. Rather than swath the white oakwood millwork in the office in a deep navy or trendy sage green, the designers left the paneling natural to help bring the feeling of the outdoors in. Plus “I think it would have been a bit [visually] overwhelming to paint all that cabinetry,” shares Allison. “We wanted that room to have more of a study feel to it, whereas all the other walls are very light and airy with the Italian limestone plaster.”

The laundry room, on the other hand, makes a clear break away from the neutral palette with floor-to-ceiling blue-green zellige tiles. “When you’re doing very menial tasks, why not make it special and as fun as possible?” she points out.

Drinks on the House

From the outside, the closet off the kitchen appears to hold cleaning supplies or linens, but when you open the doors, you’re greeted by a mini refrigerator and an espresso maker (the appliance is conveniently tucked away in a side niche so it can be slid out when needed). “They wanted that dual function: They can mix drinks or have coffee,” says Allison. Name a better party trick.