Plus four tricks for the spaces that don’t make the cut. 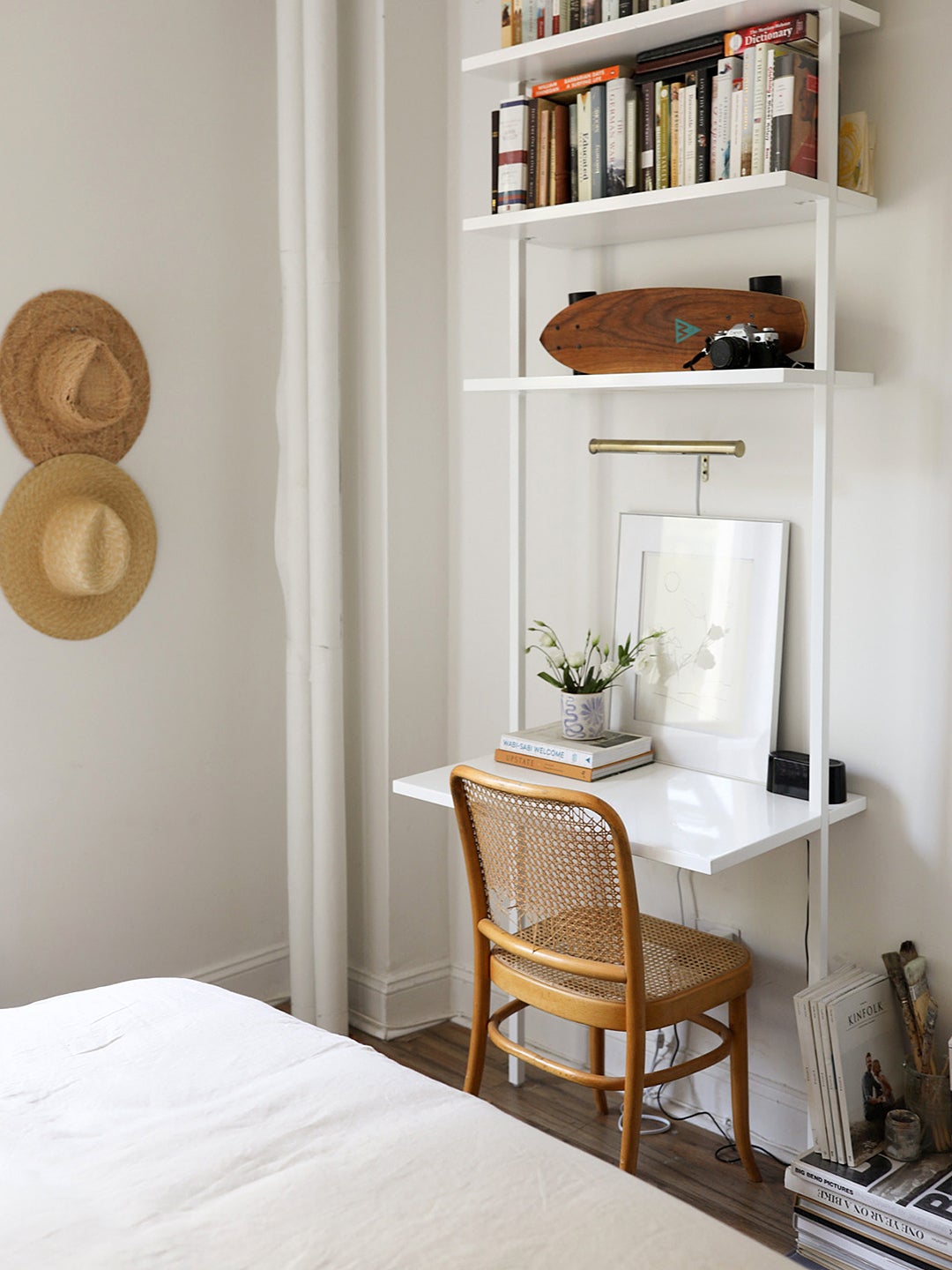 When your significant other tells you that they need space, they’re not joking. Lighting brand Sofary surveyed 900 people about what it’s really like to live with their partners, and it found that domestic bliss is as much about mutual respect and open communication as it is about square footage. Most of the cohabitation revelations were reassuring, like the fact that nearly 74 percent of respondents said they moved in with their S.O. because they felt like they were ready (not because they thought they could save on living expenses or fix relationship issues). But when it comes to making room for love, couples need a shocking amount of distance—1,800 square feet, to be exact.

If you don’t have the luxury of a guest room or office, consider dividing up your space to create a retreat on your own. While a folding screen doesn’t provide the same satisfaction of shutting (or slamming) a door, it will provide enough privacy to keep you and your partner sane. Top it off with a chic sleeper sofa and you’ll have a proper place to seek solace when your S.O. snores.

Men and women had the same number-one complaint: They think their partner is too messy. And frankly, we aren’t surprised. When you’re tasked with tackling clutter for not one but two people, you have to get creative. Instead of splurging on small treasures and trinkets, spend your money on large pieces of furniture that can serve multiple functions, like a dining bench that doubles as storage, a side table–magazine rack hybrid, or a pouf that’s also a side table.

An oversize mirror is one of the easiest ways to open up a teeny room by adding depth and reflecting light. Full-length floor mirrors are great for bedrooms and entryways, as they offer you a head-to-toe picture when you’re getting dressed or heading out the door. A large one with built-in shelving can work wonders in a living room or kitchen if you need a bonus spot for books.

It’s not unusual anymore for at least one person in a relationship to work from home, but it’s still a tricky balance to navigate, especially when you don’t have a spare room to turn into an office. So carve out a corner in your bedroom with a desk that takes up little floor space, like CB2’s wall-mounted version. The trick to pulling off this double-duty room, as we learned from New York City–based blogger Heather Summers, is to keep the rest of the decor (lighting, bedding) neutral and fuss-free.