Art and an Incense Garden: Inside NYC’s Coolest Shoe Shop

Play the bongos or shop for shoes. 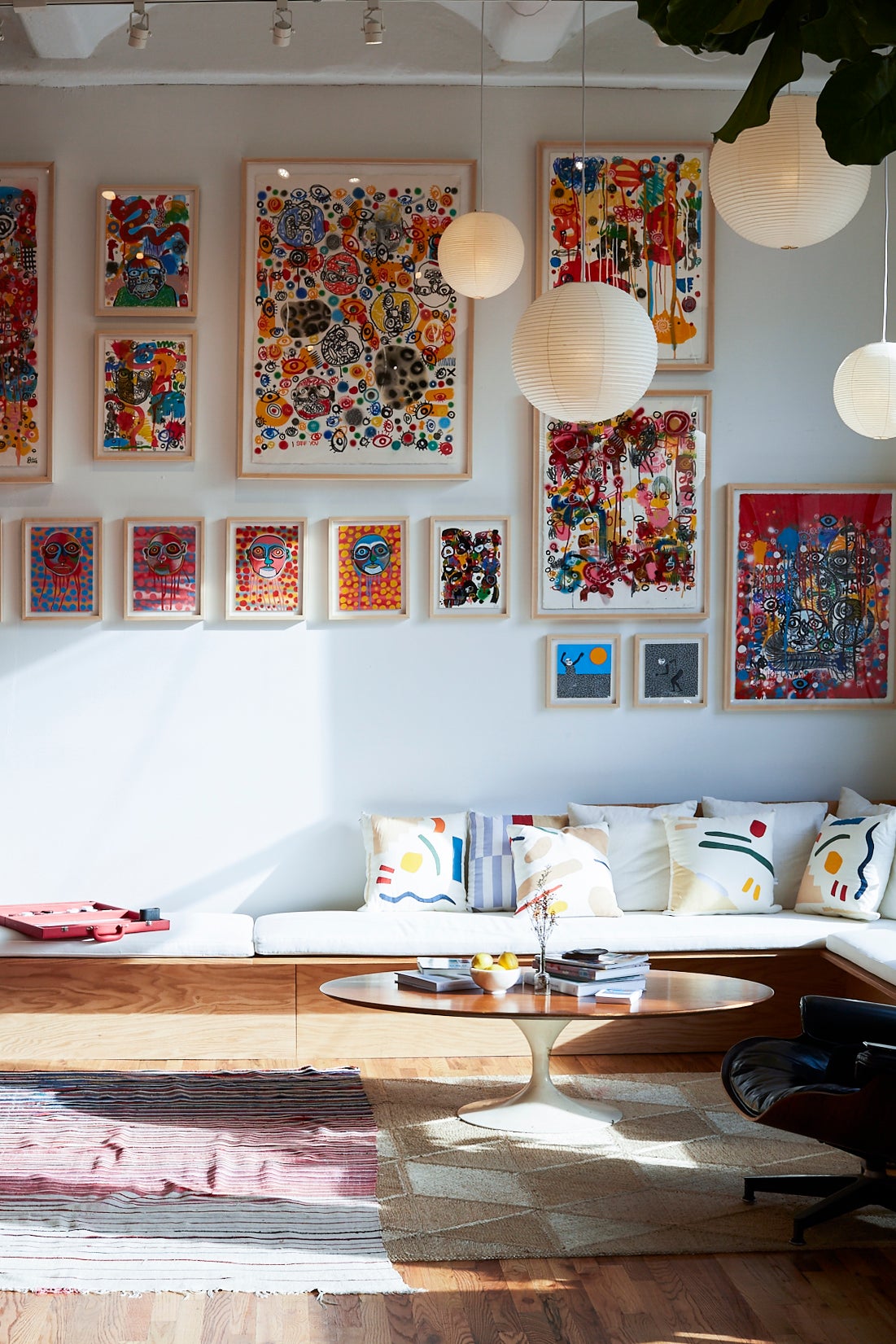 Sabah’s new NYC outpost isn’t your ordinary storefront. Harkening back to the company’s beginnings when founder and CEO Mickey Ashmore was selling shoes out of his East Village home, Sabah’s latest location feels more like your best friend’s apartment than a retail space—and that’s exactly the point.

“I called it Sabah Sunday,” says Ashmore of the “speakeasy gatherings” he would host out of his small townhouse. These were the early days—when the New York native was selling shoes to friends that also happened to be in the mood for good cocktails and music. “I like bringing people together. I like making drinks. I like to dance. So, I just sort of married that with shoes.”

Tweaked for durability and style, Sabah’s now Insta-famous shoes were largely inspired by a pair of traditional Turkish slippers Ashmore was gifted during a two year stint in Istanbul.

“The traditional shoe has a quirky toe and a little more pattern on it—it’s a shoe that dates back hundreds of years,” he explains. “I loved the way they felt but when I moved back to NY in 2012, they got destroyed pretty quickly. I got in touch with the maker, but I suggested a few changes. That was unknowingly the first iteration of a Sabah.”

What began with a clean-cut slipper and a weekly party has since grown into a beloved brand with store locations in Dallas, Los Angeles, Washington D.C., and, most recently, Soho. While the company’s collection now encompasses a number of giftable pieces—from textiles to art to incense—, one thing remains the same: You don’t go to Sabah just to shop, you go to stay.

In an effort to recreate the same vibe and magic of his first Sabah outpost in the East Village, Ashmore approached the design of the new Soho spot like a home. In one corner, customers will find a cozy, built-in lounge space peppered with art, instruments, vintage furniture, and plants. Elsewhere, a fully stocked bar and incense garden (don’t you want one of your own now?) welcome the senses.

“The idea of this space is similar to my East Village home. There’s no sign; it’s tucked away. When you come out of the elevator and walk into our space it really hits you. We let it feel really open and calm,” says Ashmore.

Aside from functioning as a shop, lounge, and makeshift bar, Sabah Studio’s latest mission has been to curate pop-up experiences and collaborate with up-and-coming artists and textile makers. For Ashmore, that’s the real purpose of the space.

“This is a bit esoteric, but I’ll go with it: The intersection of inspiration, activity, color, and music combined with nothingness…. that’s when creative ideas happen,” he explains. “Sometimes you need time to take a breather. That’s the idea of this space.”

A vibrant gallery wall comprised of framed works by New Mexican artist Phillip Vijil is just one of many moments that spark serenity. The brand also recently teamed up with artist Fernanda Uribe for a limited edition of celestial-inspired shoes and plan to bring in an expert on block printing from India to host a workshop later this month.

Sabah Studio’s cozy-cool loft is filled with a ton of unique items—not to mention, plenty of gift ideas. Textiles from India and the Ivory coast are among Ashmore’s many favorite finds, along with a series of antique tins he’s continued to source from around the world.

“I’ve been collecting vintage cigarette tins from the early 1900s. Most of them come from the Middle East, North Africa, and Eastern Europe. They all kind of remind me of a Wes Anderson movie,” he laughs. “I’ll carry them when I travel to hold business cards or money. My loves to use them to carry jewelry.”

Not an NYC native? Here are Ashmore’s favorite picks you can snag online.

His go-to alternative to gifting a pair of shoes? A quick spritz. This refreshing organic lavender mist sourced from the Los Poblanos farm in Albuquerque is great for travel (and stocking stuffers!).

A popular pick for travelers who are equally passionate about their carry-on and choice of destination.

Sabah’s just-launched shearling babas embody everything that is good and cozy about a fuzzy slipper.

Up next: Metallic Sabahs. Because, what goes better than slippers and sparkle? The brand is also set to debut a second NYC surprise early next year that will harken back to the company’s humble beginnings. While still under wraps, there’s guaranteed to be an epic party involved.