Inside the Coolest Experiential Design Shop in New York City

Roman and Williams’ first-ever retail location also has a flower shop, restaurant, and a library. 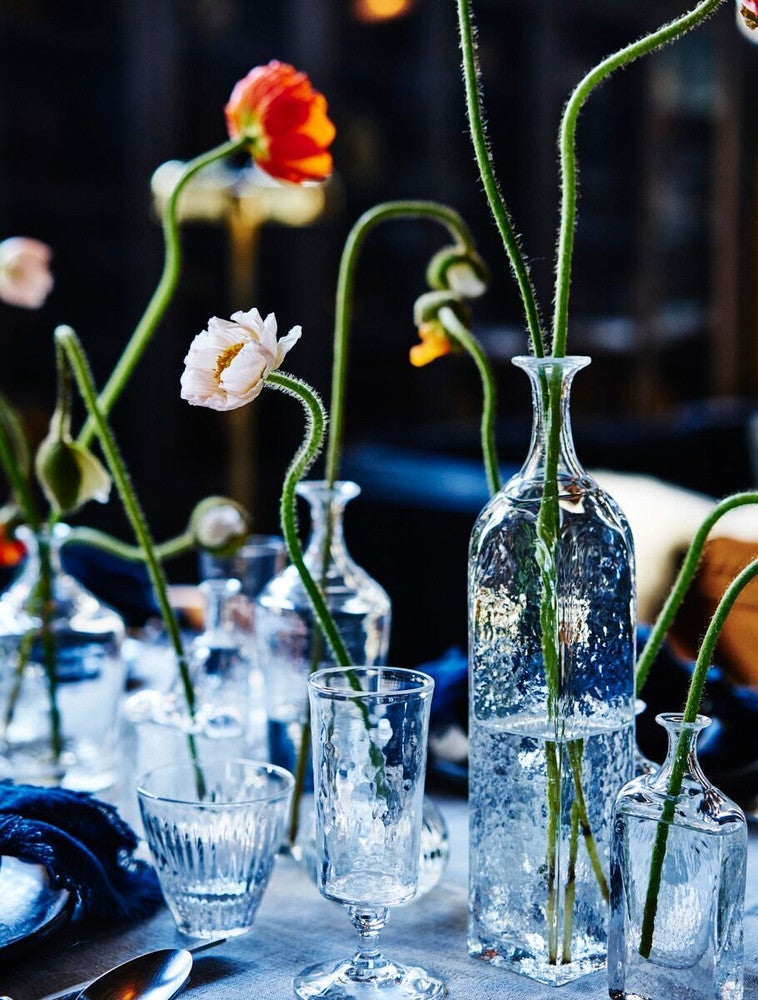 Photography by ROMAN AND WILLIAMS GUILD

You know Robin Standefer and Stephen Alesch from their extensive work on both residential and commercial projects as the celebrated duo behind design firm Roman and Williams—but for all their success designing interiors, the couple had long had their sights on a different project: retail.

“Robin and I have wanted to do a retail shop ever since the day we met, to be honest,” says Alesch. “We actually met working on a shop; the first project we worked on together was on a set for a film. Then the design business really took off, and we had no time to do personal projects so it was on the backburner for about ten years.”

Now, 15 years after founding Roman and Williams, that dream is coming true. Standefer and Alesch are opening their first-ever permanent storefront in Manhattan’s Soho neighborhood; though calling it a “storefront” seems a bit reductive.

The Roman and Williams Guild is a 7,000-square-foot furniture and decor shop at its core, but it also features a flower shop helmed by local florist Emily Thompson, a downstairs library, and a mini bar. A French-inspired café named La Mercerie, led by chef Marie-Aude Rose and created in partnership with Stephen Starr of Starr Restaurants, is also situated directly in front of the entrance. It’s definitely not your average furniture store, and that’s how Standefer and Alesch planned it.

“We always loved going to the flea markets in Paris,” explains Alesch of the inspiration behind the shop’s concept. “Sometimes [the vendors] are having meals in their booths with a glass of wine, and it always just made that store so much more welcoming when there’s someone having a meal in it. A retail environment is a little boring but when food comes into it, there’s something nice about it—the sound, the smells, the relaxation.”
The space is sophisticated and timeless, echoing the same design that made Roman and Williams so beloved in the first place.

After hunting the city for the perfect location and settling on a prime corner spot in Soho, they tore out the pre-existing Citi Bank and set about infusing the store with their signature style. The store portion itself is simple; dark, masculine, and contemporary featuring exposed brick and putting the products at the forefront. The restaurant portion, inspired by the couple’s love for Sweden, is a little airier with natural lighting and careful attention to detail.

While the experiential aspect may initially be what draws customers in—how much more relaxing would holiday shopping be if a cocktail or pastry came with it?—the products themselves are what will make them stay.

Standefer and Alesch launched their product line division in 2012, which Alesch admits took a bit of adjusting, and the Guild will showcase the couple’s Founding Collection. Over 40 pieces of furniture and 15 pieces of lighting are ready to purchase both in-store and via their newly-launched e-commerce site.

“In our design practice, we adapt to clients; doing a collection is different because there are no clients. Robin and I had to figure that out because we’re so focused on who we’re working with, we don’t put ourselves at the forefront. We’re like the messengers of whatever that mission is. But here with the furniture, it was all about us,” says Alesch.

Their style is loosely based off their home in Montauk—Alesch’s favorite piece from the line is the Seamoor Chair, named after their street—which Alesch describes as “modern farmer” or “caveman modern.” Think: robust wooden pieces that feel upscale and luxe thanks to the impeccable attention to detail.

In addition to the Founding Collection, the Guild will also offer two separate collections of sort. The “Community” items are inspired by travels, bringing in artisan collaborators from around the world for bespoke pieces that both echo the Roman and Williams aesthetic and add a globally inspired feel. Japanese glassware lines the tables at La Mercerie, while Danish ceramics bring in more of that Scandinavian aesthetic Standefer and Alesch love.

Perhaps the most concrete manifestation of that flea market ideal is the “Found” section. These items are purely vintage, and once they sell out in the store, they’re gone completely.

“On weekend shopping trips we’ll come back with armloads of things. Or I might make things at home—paintings, or some funny little object to put in the store. We want it to be spontaneous, easy, and fairly economical, too,” says Alesch. “And also, taste changes: We might have a fascination with French metal cups, sell them, and a month later have no interest in them and move on to something like seashells.”

In that sense, the Guild will be constantly evolving, with new offerings being brought in from all over the world just as with a traditional marketplace. Which is exactly what Standefer and Alesch are building: A community where people can hang out and come back to, rooted in good design.

“We really want to be a place where people spend time and relax,” says Alesch. “Retail is just a little boring; if I can find it online, I just [buy] it. But what you can’t find online is music, people, food, fun, and friends dropping by.”