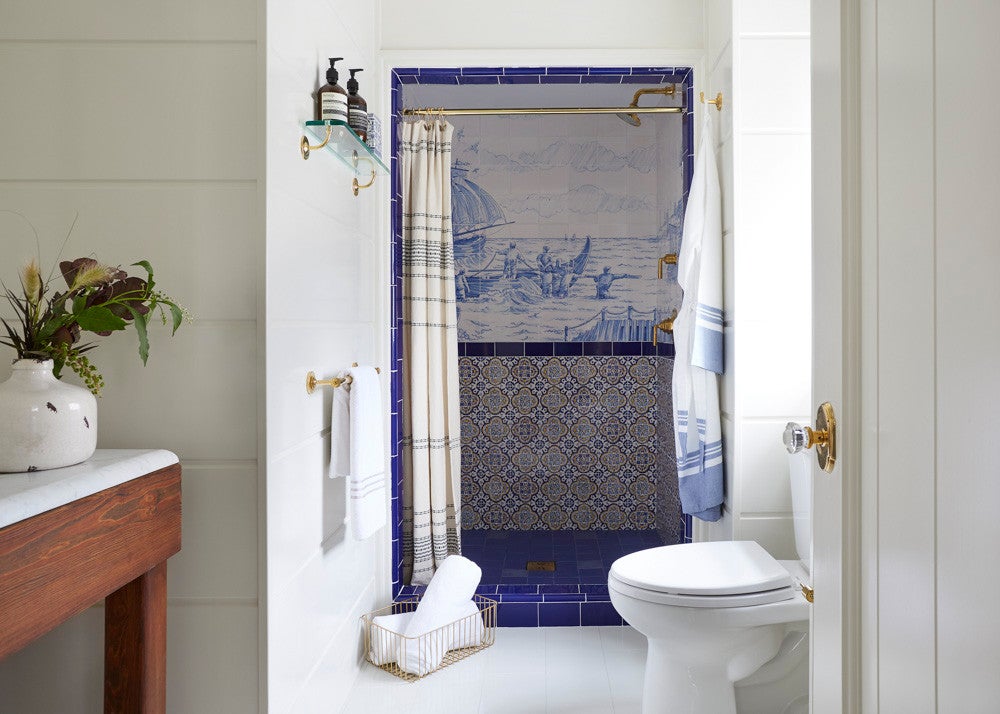 “We wanted an eclectic feeling that’s a bit different from anything else on the island yet at the same time pays homage to our historic location,” says Alex Leventhal. The Nantucket Preservation Trust is notoriously strict when it comes to architectural changes, so any renovations can be tricky. “Because of its architectural preservation, you feel like you’ve traveled back in time 200 years when you step onto the island,” Alex continues.

New York City-based firm Roman and Williams—which has done work for restaurateurs like Stephen Starr, hoteliers like Andre Balazs, and celebrities like Gwyneth Paltrow—was hired to renovate the 1850s Greek Revival building and looked to the island’s trading, maritime, and whaling roots for inspiration. Roman and Williams bypassed conventions of the local, traditional design vernacular by bridging the old world and the new.

“We knew they would create a beautiful yet thoughtful structure that blends seamlessly into the island’s aesthetic, unique yet simultaneously classic and iconic,” says Alex. Working within the layout of the original house proved a challenge at times to the design team.

“Because the structure is partially new and partially the original 1850s home, we had a jigsaw puzzle to solve when it came to the floorplan and layout of the rooms,” says Roman and Williams co-founder Robin Standefer. “We custom designed many of the pieces and searched for vintage elements to fit and fill the odd little nooks and crannies. The end result is that each room feels quite unique—more like you’re staying the weekend at someone’s home rather than a hotel.”

Eccentric high and low design elements include Oriental textiles that bathe the rooms in a rich old world palette of creams, deep earth tones and blues, shocks of scarlet and an eclectic mix of old and new furniture—including wood-framed French ceremonial chairs and throne-like chairs from the Cote d’Ivoire—to create a “collage of eras.”

This mixed decor makes for an inviting and warm space. “Chairs from Africa sit next to French stools in the library and bar area, and a custom painted mural depicting a Chinese merchant port graces the wall behind the bar,” says Standefer. “On an island, it’s easy to fall victim to cliché design elements. Nantucket has such a rich history of adventure, industry, and seafaring, and we wanted to honor that heritage from a different perspective. We thought about what sorts of treasures the captains and shipmen would have brought back from their journeys out at sea, and used the locations and cultures that they might have visited to influence our design.”

The hotel is rich in textures and made to look like the home of a well-traveled homeowner. “One of our main goals with this project was to create a place that is inherently part of Nantucket’s community, a place that makes both visitors and locals feel welcome and at home, like it’s an extension of their living room,” says Jeremy. And they’ve succeeded.

The front facade of the hotel and the seasonal ice-cream cart.

The hotel’s reception area is elevated with Dutch doors, pine wood and the hand-painted Portuguese tile work bordering the ceiling. The palette combines rich hues of cranberry with an inky marine blue balanced by the humbleness of pine. Brass lighting fixtures positioned behind reception are made of old ship portholes.

East guest room is unique—in blues and creamy whites with hearty wood contrasts and the gleam of brass—and showcases an eclectic selection of furniture, including custom-designed metal beds and pendant light fixtures.

Custom light fixtures with leaded milk glass shades contrast with the crisp blue of hand-painted Portuguese tile murals of the sea that line the shower. “The hand-painted tile scenes in the showers are an unexpected artistic element that we think guests will enjoy,” says Standefer.

The guest room lighting has been customized to appear softly brighter as it flows into the room, while the palette reflects the island’s landscape in chestnut and earthy green with warm wood floors.

A custom designed iron bed frame by Roman and Williams.

The library area in the bar room is a great spot for locals and guests to mingle. It’s located in the living room and is defined by a reclaimed bar imported from a New York City general store with a new pine top and fitted with brass Atlas fixtures. Covering the walls is a mural depicting scenes from the 18th century tea trade with China.