10 Ways to Decorate Your Home Like a Chic Boutique Hotel

Designer Rachel Reider shares her secrets for making the Lark Hotels so inviting. 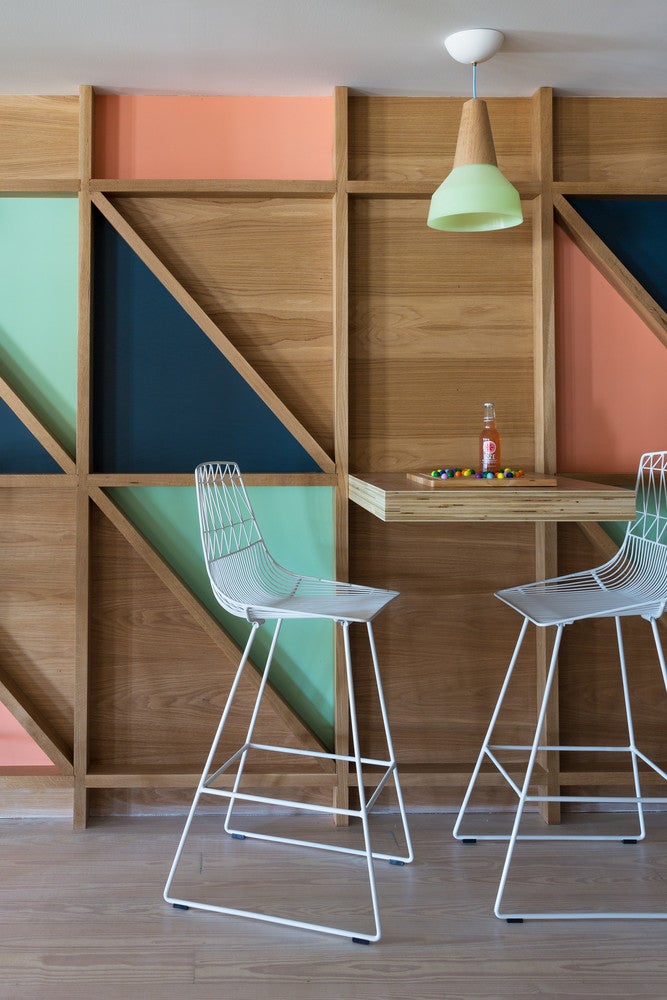 Boutique hotel group Lark Hotels is a collection of 17 distinctive properties sited in iconic locales—Stowe, Vermont, Nantucket, Oak Bluffs, and Kennebunkport, Maine to name a few. The properties, all of which have opened under the Lark umbrella in the last five years, are intimate in scale—most range between 9 to 36 rooms.

Guest rooms, common areas, and dining rooms have a modern feel paired with a chic sense of luxury, lots of imagination, and whimsical touches. The Lark hotel experience is a design-lover’s dream: You can always expect a cheerful atmosphere, well-appointed furnishings, vibrant colors, and plenty of pattern and texture. Boston designer Rachel Reider is in charge of the interior design for Lark Hotels. “Sense of place is key in setting the tone for each hotel,” says Reider. “Before we get started we look at the area to get a good understanding of the environment we are in; then, we try to find a niche that hasn’t been filled by any other hotel nearby.”

To avoid the feeling of mass-produced interiors that tend to be de rigueur for most large hotel groups, Lark strives to feature the work of local and up-and-coming artists at its properties, and each one has a distinctive flair that sets it apart from others in the group. Of course, there is cohesion in the design, says Reider. “There are certain characteristics shared in all Lark properties. Guests know they will always find great beds and modern bedding; great technology; the warm, unique experience of a bed and breakfast with all the comforts a modern day traveler craves.”

The Captain Fairfield Inn in Kennebunkport, Maine, was Lark’s first property. “The inn is open year round, so we didn’t want to give it an overly coastal feel. It needed to feel cozy during the winter, too,” says Reider. In the common area, walls are painted deep blue to create a warm, inviting space that feels a little moody. “It’s a historic building so I wanted to preserve a sense of history in a more modern way,” says Reider. Deep, saturated hues are subtly paired with patterns.

The Right Way to do Nautical

In Newport, Rhode Island, The Attwater has an understated nautical appeal. “We wanted to be subtle with the nautical references—no ships, wheels, or anchors on the walls,” says Reider. In the dining room, bluish gray and quiet green tones are complemented by wallpaper with a slight ripple texture. “The wallpaper is sophisticated and more urban; it pairs well with the traditional wainscoting,” says Reider. Mixing the two styles ensures that the building’s historic origins are echoed; modern touches like the white sculpted chairs keep the space feeling current.

At 76 Main on Nantucket, private cottages are adjacent to a 19th-century sea captain’s mansion that has been converted to an inn. Each cottage has a small outdoor area with lounge chairs surrounding a fire pit. “I wanted it to feel very residential, for guests to feel like they are experiencing what it would be like to live on Nantucket,” says Reider.

Bedrooms Don’t Have to Match

Newport’s Gilded is located not far from Bellevue Avenue, famed for the fabulous mansions the Vanderbilts and Astors used as their grand summer “cottages” during the late 19th and early 20th century. “Gilded is a modern take on the gilded age,” says Reider, who set two vibes for the guest rooms. “Some are very feminine while others have a masculine feel.” With its houndstooth drapery and nailhead trim on the headboard, this guest room has a decidedly masculine flair. Among the room’s luxurious textures are velvet upholstered chairs and a shag rug. “It’s all about the over-doneness of the gilded age reinterpreted in a modern form,” says Reider.

Gilded’s front entry features a striking geometric print rug, gold frames and fixtures, rich teal walls, and pops of red. The wall behind the check-in desk (visible at the end of the hallway) is sheathed in a lively Osborne & Little wall covering.

“We went totally over the top in the common room,” says Reider. “The space is all about jewel tones—all purples, reds, lime green, and fuchsia.” Cole & Son wallpaper has geometric forms and a whimsical nature; the leopard print carpet works with the black and white Romo upholstery on the chairs, which have a traditional form. An antique oil painting in a gilded frame recalls the bygone era.

At Whitehall in Camden Maine, an outdoor lounge space beckons guests throughout the day and into the night. Adjacent to the hotel restaurant, various seating arrangements accommodate guests who wish to enjoy cocktails and small plates away from the bustle inside.

Just as the name suggests, Summercamp evokes the laid back, playful feeling of camp. “It’s a Victorian building on the ocean,” says Reider. “The idea was to create a modern-day summer camp atmosphere that adults would appreciate.” There’s a canteen area where refreshments can be purchased with high top game tables that invite guests to linger. The color scheme throughout the hotel centers on mint green, yellow, and navy with pops of peachy coral to liven the mood. Natural white oak woodwork has a refreshing, coastal appeal.

Located in a Salem, Massachusetts building that formerly housed department stores, Hotel Salem—Lark’s newest property slated to open in June—encapsulates a Mid-Century vibe. “The middle part of the 20th century was the heyday of the department store era, so we wanted the hotel décor to nod to that era,” says Reider. In this guest room, art made of felted wool in a chevron pattern created by Liora Manne feels decidedly retro. The colors in the room—a plum-hued sofa, a burnished orange headboard, and gold-toned accents—recall the late 1950s and ‘60s while feeling of the moment, too.

At Field Guide in Stowe, Vermont, Reider veered away from an aesthetic that felt too wintry for the year-round haven. “We used colors and materials that are cozy in the winter months with a color palette that subtly nods to fall colors,” says Reider. In this two-bedroom cottage, the green chair and drapes with brown, orange, and mustard tones recall foliage. “The cardboard oversize deer head above the fireplace is a modern-day sort of cheeky take on a more traditional way of decorating with animal heads,” says Reider.