The Ned, London’s Most Anticipated New Hotel, Is Now Open

This new London hotspot is a seamless blend of hotel and private club. 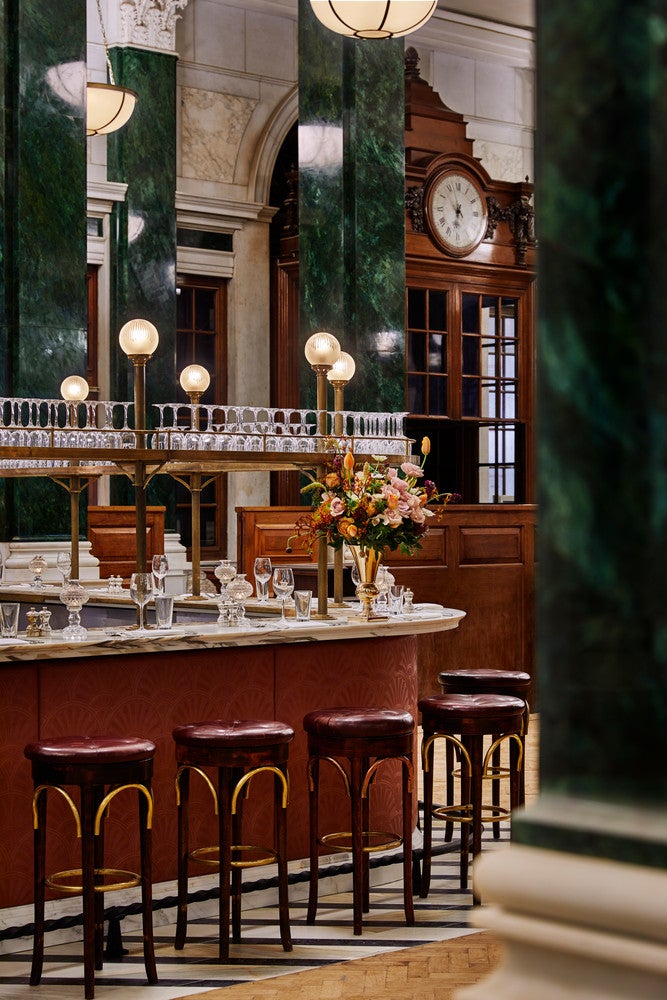 The Ned, a new hotel and members club in the City of London, just opened today, and it has already been called “London’s most exciting hotel and club opening of 2017″ and “the best new business hotel.”

The 252-room hotel has been eagerly awaited for good reason. It was created by two hoteliers well-known for their hip and luxurious properties: Nick Jones, founder of Soho House, and Andrew Zobler, founder of the Sydell Group, which is responsible for The Nomad in NYC, The Line in LA, and the Freehand in Chicago and Miami. The two were introduced by Ron Burkle, an investor in the Soho House brand and a partner in the Sydell Group.

The three collaborated to renovate the former Midland Bank space, built by celebrated English architect Sir Edwin ‘Ned’ Lutyens in 1924. Designer Alice Lund, along with Adam Greco and Rebecca King, oversaw the design of the 320,0000-square-foot property, which took four years to complete and cost around £200 million.

The glamorous 11-story property features nine restaurants (serving European, British, Asian and American food—an outpost of Cecconi’s is one of note), a Cowshed Spa and barbershop, the Ned’s Club (a members’ club), rooftop lounge, indoor and outdoor pools, a fitness area with a boxing ring, and a Moroccan hammam.

The design team was inspired by transatlantic ocean liners from the golden age of travel like the Orient Express and SS Normandie. “The bones of the space were spectacular,” says Lund, “and the building featured so many architectural elements that made it truly unique.”

The space features 92 handcrafted African Verdite columns, walnut banking counters, and white marble throughout. As a result, Lund and her team found themselves leaning towards incorporating dusty pinks and burnished reds to complement this palette.

“Nick Jones wanted the hotel to be grand with a faded glamour that was true to its 1920’s heritage,” says Lund. “We used this narrative as a starting point, and then incorporated design elements from other time periods prior to compliment this idea.”

The Ned’s Club, which refers to the private member areas of the property, includes the bank’s original vault, which has been reimagined into a late-night lounge bar,  broken down into three sections.

“The third was a totally blank canvas for us to work on, and gave us the opportunity to create something really warm, playful and opulent—a stark contrast to the other sections, which feature stainless steel safety deposit boxes that are visually spectacular, but far less soft in terms of their aesthetic,” says Lund.