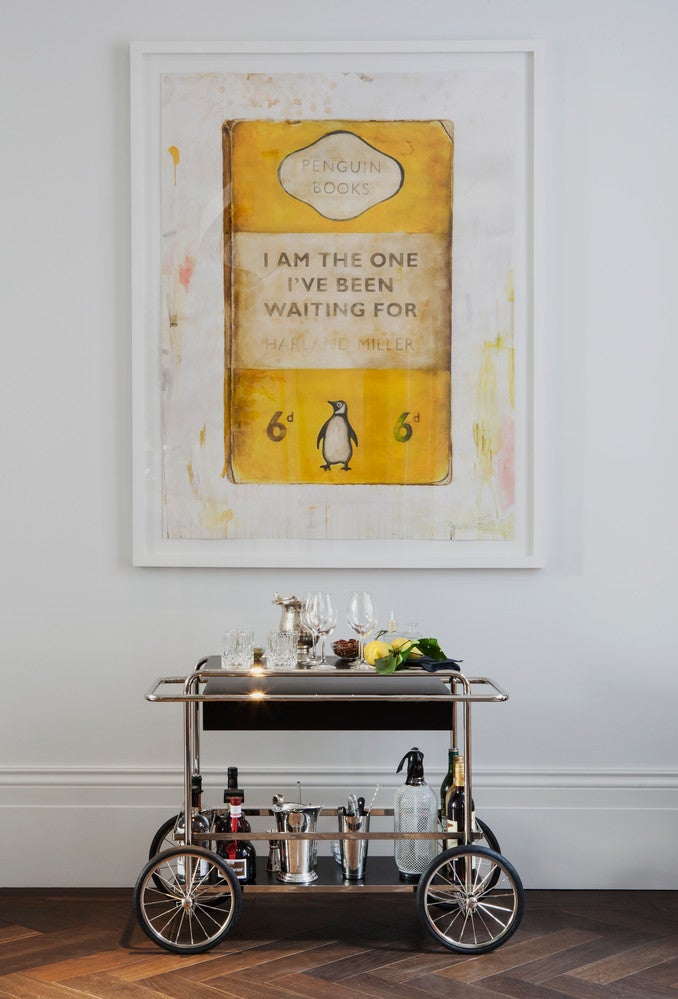 For British-based hotel group Living Rooms’ latest property, The Laslett, a sense of place was particularly important. Working with design firm Waldo Studio and its founder Tom Bartlett, the owners combined five Victorian townhouses into one mansion containing 51 guest rooms. “The Laslett wanted to refer to the fun of the late 80’s and early 90’s and looked at design cues from Memphis, and particularly the London “Buffalo” movement of Ray Petra but also to bring the market into the hotel, making it curious and unexpected,” says the project’s designer Tom Bartlett of Waldo Studio, himself a Notting Hill native. “Eclectic, without being mismatched!” To that end, Bartlett used furniture from Pinch and Race Furniture, handmade lighting fixtures by Nocturne Workshop, textiles by Eleanor Pritchard, and sourced antiques from the neighboring Les Couilles du Chien shop. “We used as much British product as possible,” says Bartlett.

For inspiration, Bartlett and his team looked at The Face magazine (a U.K. style bible from the 80’s and 90’s). “I think the combinations of gray space, red typography, and graphic clarity made its mark on the Laslett’s interiors,” says Bartlett. A gray color palette with strong graphic elements in red and navy blue make the guest rooms pop. With high ceilings and huge windows, the rooms feel spacious and modern. “We particularly liked the way that the rooms have managed to remain grand in places, while still being approachable and contemporary. It was important that the hotel has a connection to the neighbourhood it is in.”

Five interconnected Victorian townhouses make up the hotel’s exterior frontage. “We wanted to try and retain the grandeur of the proportions of these elegant rooms, while also trying to fit in modern bathrooms and a decent lobby space,” says Bartlett. “The buildings are listed, so we also had to deal with a lot of conservation issues. It was important to that we made rooms and spaces that felt like staying in a friends townhouse, rather than a hotel.”

A detail shot of the bed in one of the master bedroom suites.

above the bed in one of the master bedroom suites.

The cocktail trolley cart in the reception area, which features a one-of-a-kind custom hand-finished print by Harland Miller.

“To make a large lobby in protected buildings was tough, but it lead to a beautiful series of interlinked rooms rather than a large lobby, and in some ways this is to the project’s advantage,” says Bartlett. The Henderson Bar occupies some of this space.

“The library and dining room are separated by steel-and-brass glass doors that form intimate areas,” says Bartlett. “The library holds a collection of books on British artists and features mohair sofas, a coral-colored banquette, and Sottsass Memphis Artemide lamps sit in each corner.”