From Drab to Fab: 5 Old Motels Transformed into Chic Hotels (Under $200!) 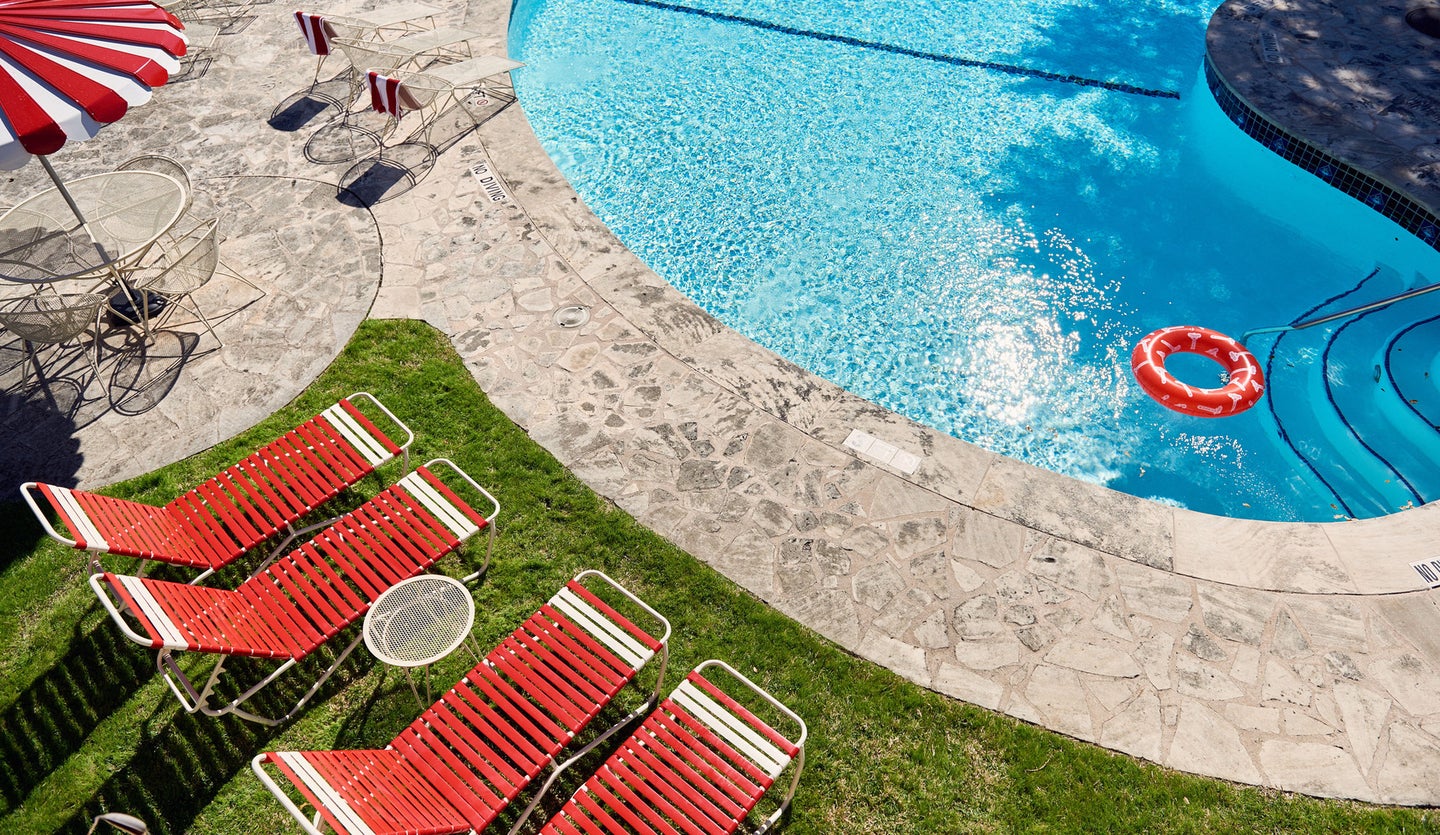 Here are a few of our favorite finds around the world all under $200.

Texan couple Philip and Kaitlyn Sterling have reinvigorated a 1950s motel in the America West. Minimal with a Southwestern flair, all of the rooms are unique.

They feature Moroccan rugs, Aztec textiles, simple metal bed frames, rattan and leather furniture, and art, skulls and antiques collected by the owners. The owners of this sprawling 15-room property have plans to create more rooms, renovate three Airstream trailers on the property, and add a yurt by summer 2018.

Liz Lambert’s Bunkhouse hotel group has recently completed renovations on the Austin Motel, which has been operating as a Texas motel since 1938. By highlighting the original midcentury modern architecture, Bunkhouse preserved the motel’s eclectic aesthetic while refreshing the 41 rooms with a casual yet colorful vibe, adding both a lobby retail concept shop, and a pool bar and deck.

Once a motor lodge in the 1960s, Scribner’s has quickly become one of hottest hotel offerings in the Catskill Mountains. Just a two-hour drive from New York City, this property is great in any season, thanks to its cozy nooks, private decks, a massive library, and a perpetually lit fireplace.

The 38 rooms are tastefully decorated with dark maple wood floors,

and custom furniture, and the bathrooms are finished in terracotta tiles. Scribner’s Prospect restaurant attracts hotel guests and locals alike with its fresh, farm-to-table fare.

The Anvil Hotel is a renovation of a 1950s ski motel by Brooklyn design firm Studio Tack, which is located in Wyoming’s mountain town of Jackson. With its wood-fire Italian restaurant Glorietta, lobby cafe and retail shop by Westerlind, and 49 newly-designed rooms, the vibe is modern yet decidedly rugged Western.

Special activities like dog sledding, elk refuge sleigh rides and wildlife tours are all on offer.