The House That Sabah Built

Welcome to Sabah, a market bazaar–meets–salon that feels like home. 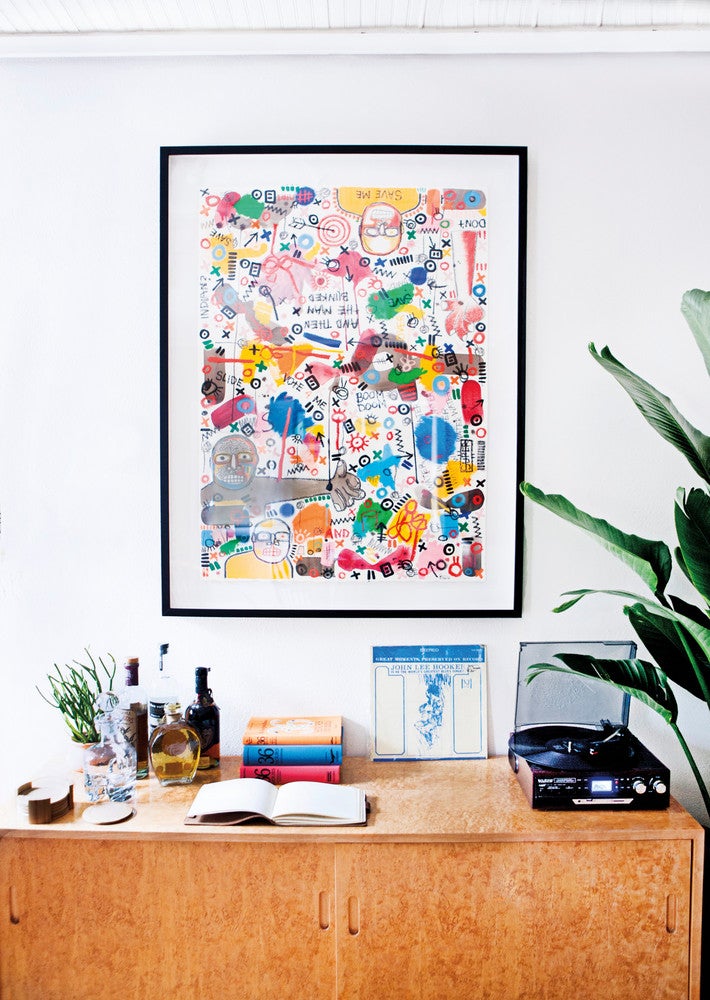 The idea for Sabah began when New Yorker Mickey Ashmore was gifted a pair of handcrafted leather slippers while he was working in Istanbul. “They were old school, with a genie-style toe. None of the locals wore them anymore, but they were so comfortable,” he says. Returning to the U.S. and still sporting his favorite footwear, Ashmore decided to have 100 pairs made and hold a pop-up party. He tracked down the initial shoemaker in Turkey and modernized the cut to include a rounder toe, producing them in vibrant colors. More than half the slippers sold in one night, inspiring Ashmore to quit his job and launch his own line in 2013. Production is now based in southern Turkey, and Sabah employs 20 local artisans and Syrian refugees.

This community-centric philosophy carries over to his newly opened Dallas shop, set in a stand-alone Craftsman home from the early 1900s. Nearby gallery Collage Classics collaborated with Ashmore to outfit the space and bring the eclectic Southwest–meets–mid-century look to life. Visitors are greeted with a cup of Turkish coffee in the living room, where Mexican ceramics are scattered alongside Hans Wegner and Eames furnishings, before heading to the showroom—a wall-to-wall rainbow of slippers Ashmore describes as the “library of shoes.”

The home-as-shop setup mirrors the original Sabah store, which still operates out of Ashmore’s East Village apartment in New York City. “The way we sell is very Old World,” he says. Next up: launching a third space as part of the soon-to open Freehand hotel in Los Angeles. In addition to slippers, the store will stock international periodicals and travel goods. “The decor is inspired by European train station kiosks, Turkish bazaar tea stalls, and New York newsstands,” says Ashmore. In other words, another shop-away-from-home.

A visit to Sabah includes having a cup of Turkish coffee and signing the guest book, as well as finding treasures like the space pins Ashmore designed himself that are kept in constellation ceramics to match.