rooms celebrities have that other people don’t 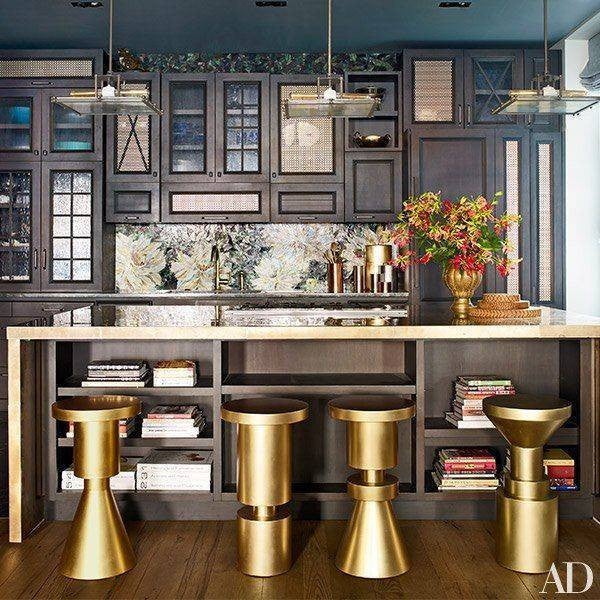 Forget the bare necessities. There are some things in life you just don’t need, but you have to have. In our case, that’s a new pair of shoes or… any and all gadgets available at Bed Bath & Beyond. Celebrity homes are notorious for containing over-the-top, unnecessary features and rooms, all because well, they can! Here are a few of our favorite rooms celebrities have (and we probably never will)!

Check out Harry Styles’ master suite, which features floor-to-ceiling windows with panoramic views of Los Angeles. Now that’s a view we could wake up to.

We love a bathtub with a view. Tom Brady and Gisele Bündchen’s bathtub is no exception, featuring this breathtaking Manhattan view, in their former New York City apartment.

Gigi Hadid’s new penthouse property features a terracotta rooftop with a pergola and garden. Can you imagine the Instagram opportunities from that viewpoint?

Forget a man cave. As if Johnny Depp’s South of France “village” isn’t luxurious enough, the star also created a Pirates of the Carribbean-themed wine cave within his village in the South of France.

In her newly renovated $13M Tribeca penthouse, Gwyneth Paltrow’s living room is both serene and stylish. Leave it to the Goop-founder to install a swing in her living space!

Chrissy Teigen and John Legend may have sold their fashionable Manhattan property, but who could forget this moody but chic kitchen? We’re still eying those mismatched brass barstools for our dream house.

The late Gianni Versace’s Upper East Side apartment boasts a marble and Greek key-lined bathroom. This glamorous and ornate bathroom features dental crown molding and marble steps to a large, round bathtub.

Now this is a place we’d like to call our own. Calvin Harris’s former Los Angeles home includes an outdoor entertaining area featuring a wall-to-wall gas fireplace.

Tommy Hilfiger’s Manhattan apartment, located in New York City’s iconic Plaza Hotel, features a tea room within his penthouse property. The apartment is known as the “Dome Plaza” for it’s trademark dome architecture, and was listed last year for $69.95M.

Robert de Niro’s former Manhattan penthouse was called a “mansion in the sky,” and for good reason. Who else can boast an atrium in the middle of their apartment?

Empire star Taraji P. Henson may have sold her Hollywood Hills mansion, but no one should forget her film set-style dressing room just off the master suite.

David and Victoria Beckham are rumored to have purchased a $27M castle in the English countryside in 2015. The estate, located in Cotswold village, where Kate Moss also lives, features 10 bedrooms and this fabulous and well-manicured garden, among many more luxuries.

Beyonce and Jay-Z once rented a mansion in Los Angeles that featured an indoor jacuzzi AND Olympic-sized pool. If that’s not enough, the palatial property was also featured in 90s classic film, The Big Lebowski.

Jude Law lives in a church… sort of. The Greenwich Village property was formerly a church, but has since been renovated into condominiums. Law’s living room includes the church’s original stained glass windows. Tres chic.