Is Having a June Smart Oven Worth the Money?

This revolutionary appliance claims to be the future of cooking. 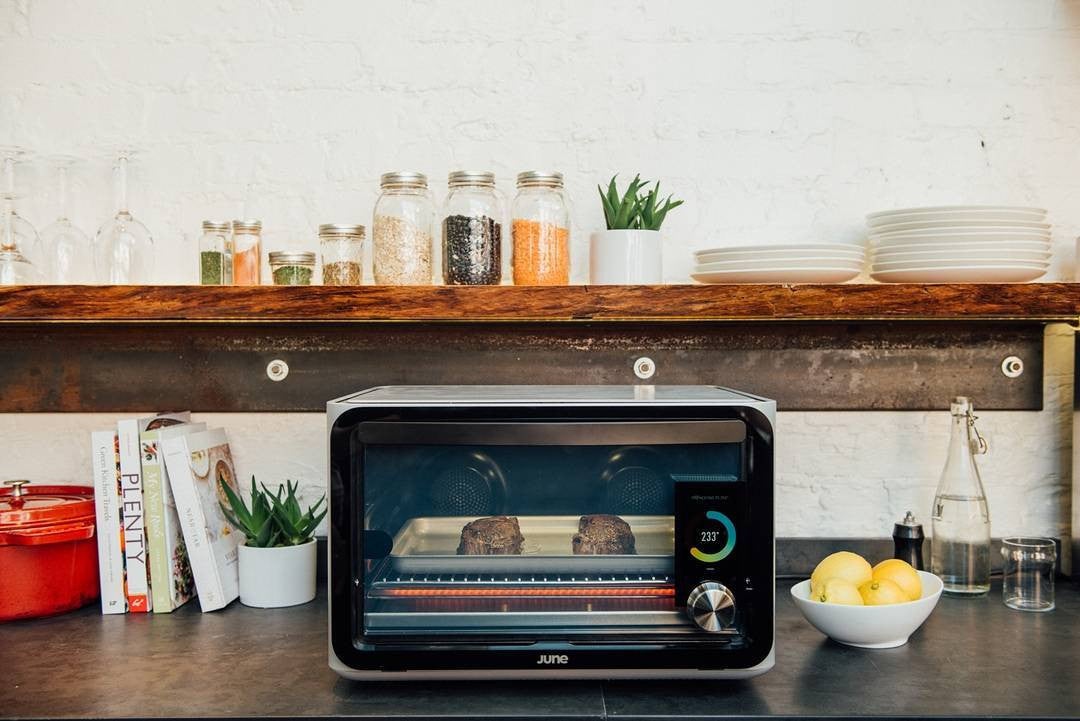 Imagine a world in which your oven could literally talk to you—to tell you that your salmon has reached the ideal flaky texture, or that you should bake those cookies for 10 minutes as opposed to 15 since the dough is store-bought, or that 325 degrees is the perfect temperature for getting nicely crisp cauliflower.

This is the promise of the June Oven, the smart, computer-based appliance that aims to streamline home cooking. Most people already have ovens in their apartments or houses—but the June Oven’s selling point is its ability to identify whatever you’re preparing and cook it to optimally suit your tastes in a fraction of the time it would take in a regular oven.

The setup is simple: The machine looks like an extra-large toaster oven with a few different shelves, plus a touch screen with 25 or so preset options ranging from pie to chicken breast, in addition to ones like baking, broiling, reheating and roasting. You place food in the oven, then insert a plug-in thermometer into the center of your food. The oven will then identify the food and give you a few options for cooking. You can also forgo the presets and use the June Oven as you would a regular oven.

I spent a day testing out the various capabilities of the contraption, and here are my findings.

The oven recognized my salmon fillet immediately and offered the option of cooking the salmon either medium or well done. I chose the former, and 12 minutes later, it was ready. I was very skeptical, considering that the oven commenced cooking immediately, not taking any time to preheat. But the salmon turned out flaky, juicy and tender. As a bonus, the oven automatically turned off when cooking was complete.

The machine recognized the steak and asked how I’d like it to be cooked (medium rare). It even gave me a notification halfway through to flip the steak to ensure even cooking. Alas, the steak turned out chewy and more medium than I would have liked. On the flip side, my harissa-rubbed chicken thighs ended up requiring 20 more minutes than the machine allotted to cook through properly.

Vegetables are a win for the June Oven. Although the thermometer wasn’t able to ID my cauliflower, I was able to choose it among the cooking presets. In only 20 minutes at 375 degrees, the cauliflower turned out tender and slightly charred—just the way I like it.

I tested both a berry pie and chocolate cookies twice: the first time using the presets on the oven and the second time following the recipe (as in, preheating the oven and setting the timer). Using the presets, the pie came out underbaked and the cookies overbaked, even after I specifically chose the setting for chilled homemade doughs. Whereas cooking can be off-the-cuff, baking is simply too precise a science to be boiled down to a preset option.

There were several very impressive aspects of the oven: the ability to not have to look up cooking times or temperatures for any ingredient, the level of automation (both in the preheating and the identification tool) and the sheer speed with which the oven cooked the food. These are all features you’ll never get in a standard oven—and for the less experienced home cook, they can be game changers. Aside from the salmon, though, many of the dishes I made in the June Oven weren’t necessarily better tasting—or, more importantly, easier—than they would have been had I made them in a regular oven. And the speed, for me, was canceled out by all the extra time I spent re-cooking dishes and fumbling with the thermometer.

My advice: If you want to cook restaurant-quality food fast, just get a well-reviewed, home cook-oriented cookbook to guide you. And while the June might definitely be worth it for some cooks who like to be on the cutting edge of kitchen tech, you might be better saving your money (and counter space) for a toaster oven—or better yet, an Instant Pot.

This story was originally published by Priya Krishna on Tasting Table.