Jennifer Lawrence Could Be Your Landlord (for $27,500 a Month) 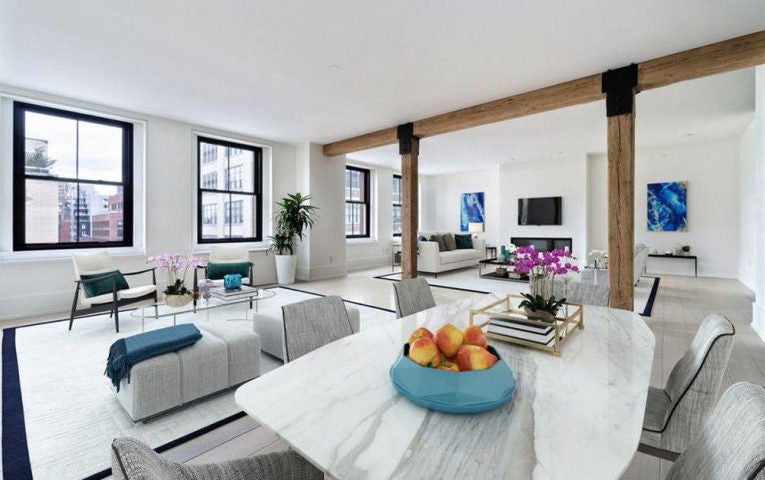 For $27,500 a month, you can get Jennifer Lawrence’s apartment and a slew of A-list neighbors. The Oscar-winning actress, who is currently in London filming the upcoming spy thriller Red Sparrow, is renting out her Tribeca condo.

Lawrence initially bought the three-bedroom, three-and-a-half bathroom property in early January for just over $9 million. The 3,184-square-foot apartment’s modern and light-filled luxury interior is a far cry from the more traditional home she put on the market in late 2016.

Besides the elevator that opens directly into a gallery, the decor of the apartment is relatively simple and understated. White oak floors and reclaimed wood accents—such as the gorgeous floor-to-ceiling wooden beams that separate the living room from the kitchen— end a rustic feel.

The connected living-dining area is bright and perfect for entertaining, thanks to the 10-foot ceilings that heighten the room and give the illusion of added space. The condo also comes with a full chef’s kitchen, gas fireplace, and a master suite that features an en-suite spa-like

But despite all that, another major draw to the place is the building itself. Not only does it come with all the luxe amenities one would ever need, like a 71-foot indoor pool, Turkish bath, and 5,000-square-foot landscaped roof deck, but according to the building’s developer, most of its residents bear household names.

Technically, for nearly $30,000 a month, you get more than just a living place: You get to call the likes of Justin Timberlake, Blake Lively, Ryan Reynolds, and Harry Styles your neighbors.