Red, White, and Blue Take a Sophisticated Turn in This Chicago Home 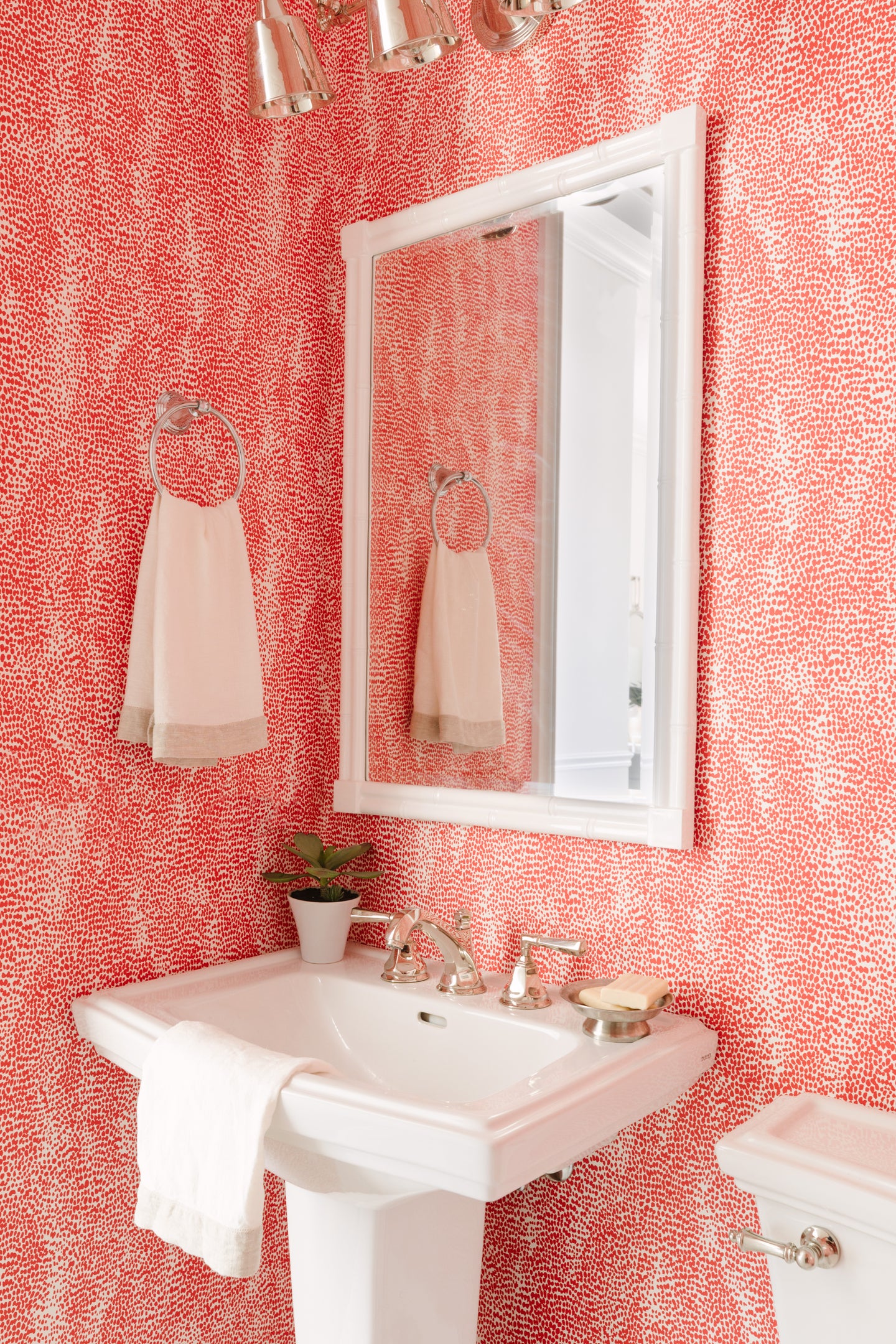 When homeowners bring on an interior designer to help them decorate their home, they often do so with a never-ending must-have list in mind. But when it came to putting the finishing touches on this Chicago pied-a-terre, Lori Paranjape’s clients only had one simple request: red, white, and blue.

“The only design direction they gave me was that they wanted it to be Cubs colors,” says Paranjape. “Which—after I got up off the floor from passing out at the thought—I said, ‘Okay, this can be super chic. I can do this.’”

The home’s close proximity to Wrigley Field was no accident. The couple takes their baseball seriously, and they wanted their Windy City getaway to emulate that. “It doesn’t have to be kitschy. It can be vibrant, relaxing, and casual. I think that’s what we ended up doing for them. I don’t think it looks like a major league baseball uniform,” she laughs.

With a predetermined palette at her full disposal, Paranjape began to dream up all the different ways she could elevate the scheme. Read on for how she took this playful palette from patriotic to perfectly chic.

Paranjape knew that she would need one leading hue to tie the design together, and what color is more powerful than fire-engine red? One of the first decisions she made was to lacquer the elevator door—the main entrance to the penthouse—in a red that was as close to their point of inspiration as possible.

“Starting with a strong red palette was really outside the box for me,” says the designer. “We did a lot of color matching and a lot of googling. Apparently, there’s not a Cubby red, but we got it as close as we could.”

Paranjape notes that the punchy hue was also a grand slam because of its setting. “To me, a red door is so timeless and always chic. It really introduced the color in a classic way,” shares the designer.

advertisement
“It doesn’t have to be kitschy. It can be vibrant, relaxing, and casual.”

Mix Up Your Roster

Paranjape swathed the master bedroom in a grass cloth wallpaper. The subtle hints of white seeping through the woven print bring the large-scale color back down to earth.

“It tones down the heavy hand that red can sometimes have,” she says. “It made it feel bright and peaceful even though there’s still a good dose of red in that room.”

“I’ve loved these nightstands for a really long time. They can be used as a dresser, a console, or a nightstand and they’re so versatile” says Paranjape.“These stripes just felt like the perfect choice. They’re playful and whimsical,” she adds.

Partly in an effort to check “blue” off her to-do list and partly in the hope of introducing pattern to the room, she embraced their graphic wholeheartedly by mimicking the clean lines with throw pillows.

“The master bed is a really good demonstration of how bedding can feel really polished and luxe but not overdone.”

Knock Every Pillow Out of the Park

“The master bed is a really good demonstration of how bedding can feel really polished and luxe but not overdone,” says Paranjape. Having already gone heavy on prints and color elsewhere, Paranjape stuck to the essentials when it came to the living room sofa and master bed.

“We have sleeping pillows, decorative pillows, and a lumbar pillow. You throw that [lumbar pillow] in front of the others and the bed feels made,” she continues. “The room feels pulled together without having 17 pillows to stack up every night at the foot of the bed. It’s beautiful and easy to maintain.”

When working in teeny quarters, it’s best to put your biggest and brightest ideas to use. “Powder rooms are a really good place to let loose with design,” shares the designer.

Paranjape used the bathroom as an opportunity to embrace her primary color through a graphic wallpaper. “It would be overwhelming in a large room, but in that powder room, it felt really playful and vibrant. It brought the tiny space to life,” she adds.

“Powder rooms are a really good place to let loose with design.”

This bold home makeover is a home run in our books.

See more stories like this:  The Cheeky Wallpaper in This Portland Home Will Make You Look Twice Spanish Style Meets Surfer Chic in this Eclectic Home This Farmhouse Fixer-Upper Casually Has a Half-Pipe in the Barn