It’s big enough to sleep 20—yes, you read that right. 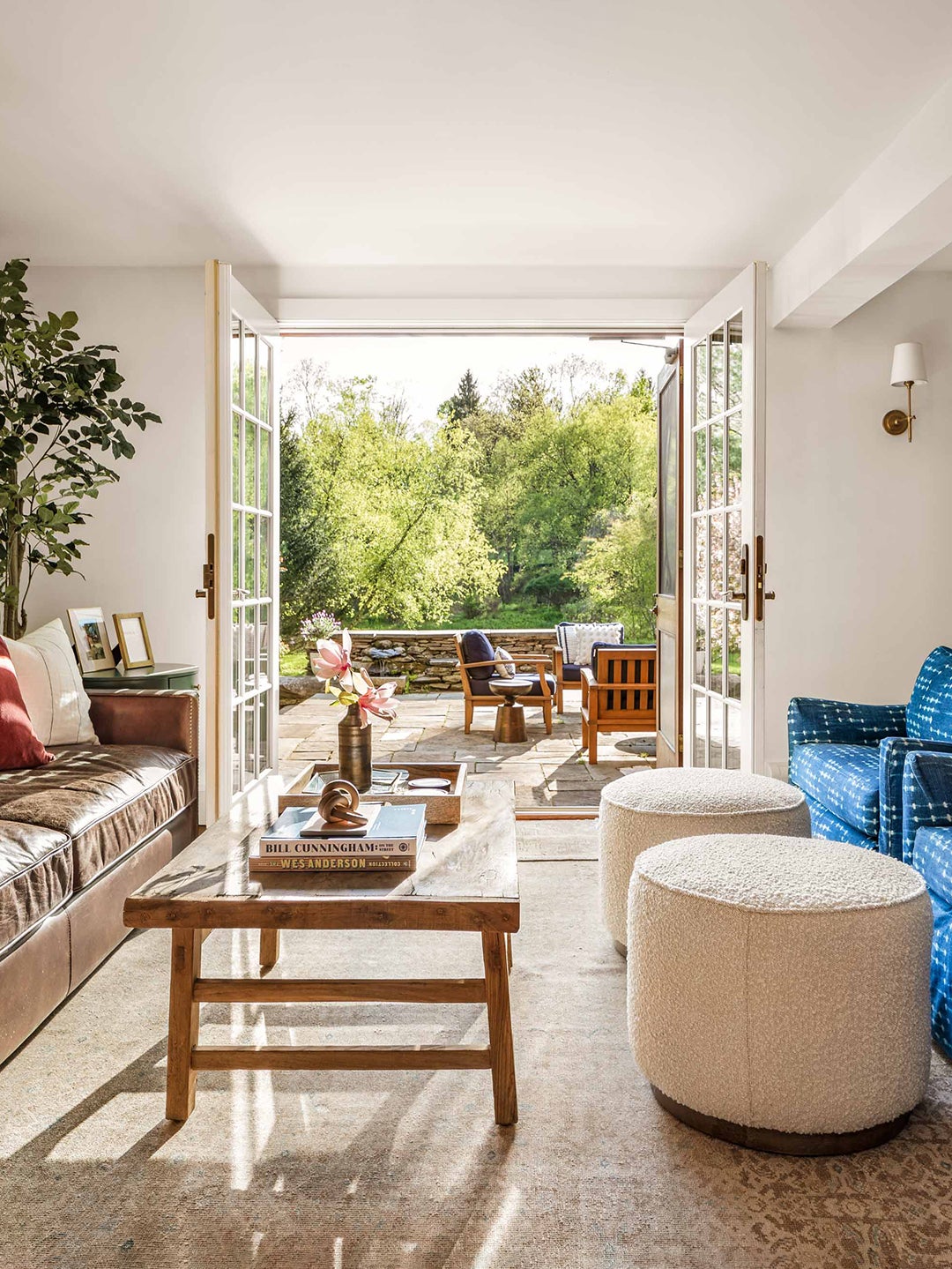 Caitlin Hoyt and Brian Walden have spent nearly their entire lives downstate, whether on Long Island, where they grew up and spent many summers, or in New York City, where they work in the literary and banking worlds, respectively. Although the couple itched for a getaway to call their own, they wanted it to be one that didn’t require such a long drive to crowded beaches—so they cast their gaze on the Hudson Valley.

Hoyt knew she wanted a home with history, but eight visits later she and Walden felt defeated. The catch? “A lot of the farmhouses here that were built in the 1800s or early 1900s are small—we were lucky to find three bedrooms—and all of the bigger houses were newer builds, and that’s not what we wanted,” says Hoyt. Their place needed to be large enough for not only themselves and Walden’s three children, but for all the people they love to entertain. “We have a huge family and it’s only growing,” says Hoyt. 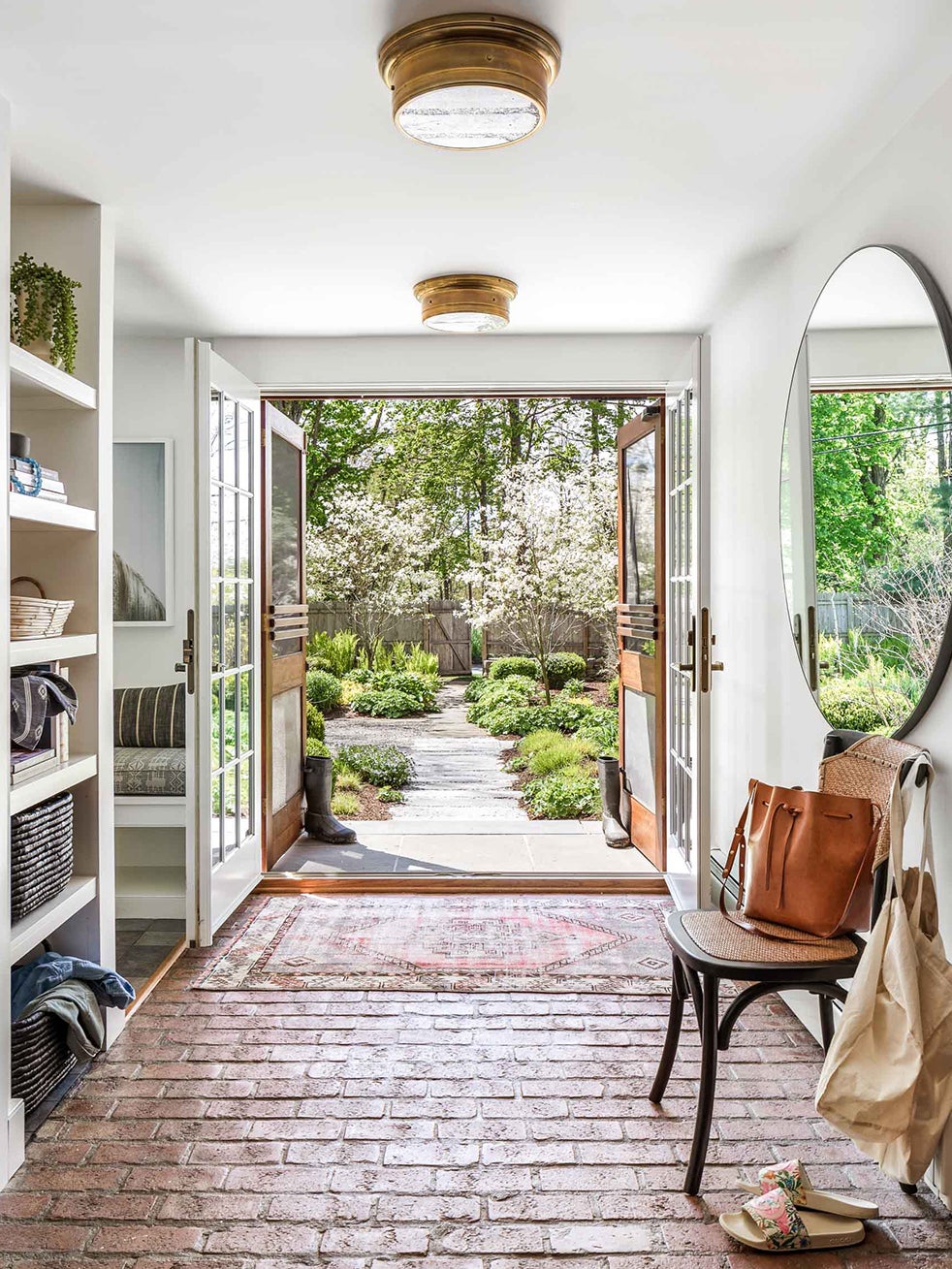 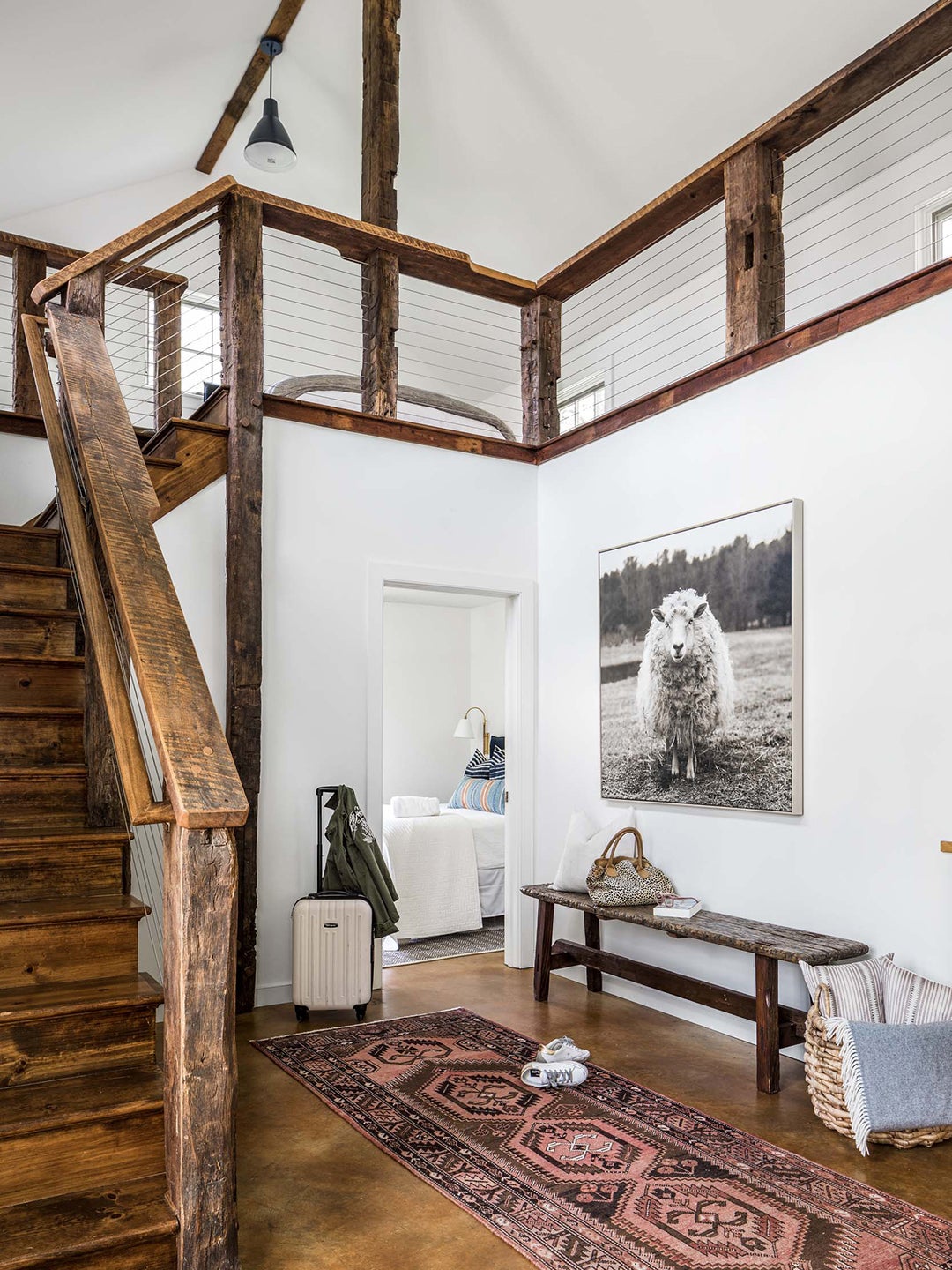 Finally, trusted designer Lori Paranjape, whom Hoyt had previously recruited to help transform her 850-square-foot apartment on the Upper East Side, sent them to see a 1920s dairy farm on nearly four acres of land in Clinton Corners (it had been converted into a home with a two-story guesthouse in the 1970s). Although it was a touch outside their price range, the couple still checked it out. The farm had sat on the market for two years without any successful bites, so the owner was willing to negotiate—and how could they turn down touring a 5,969-square-foot property?

The pictures in the online listing didn’t do it justice. As soon as they pulled up, the two knew it had to be theirs. “We were drawn to the vastness of it in a sense that there was so much space to operate,” says Walden (there are seven bedrooms!). “When we walked in, I immediately started thinking: How can we make this work?”

Hoyt and Walden closed on the house on March 5, 2020. “It was a week before the pandemic started,” says Hoyt. “We were the luckiest idiots in the world.” Unsurprisingly, the initial plan for turning the place into a weekend destination soon shifted—16 months later the couple hasn’t left.

Thankfully the home was move-in ready. “We didn’t want to change a thing,” Paranjape says of its bones. “The house was already idyllic; we just brought in some paint and furnishings.” Even the original kitchen backsplash—a pearlescent zellige tile—and the brick floors in the foyer remained intact. The couple’s only directive: Create a space that could be both relaxing and good for entertaining. 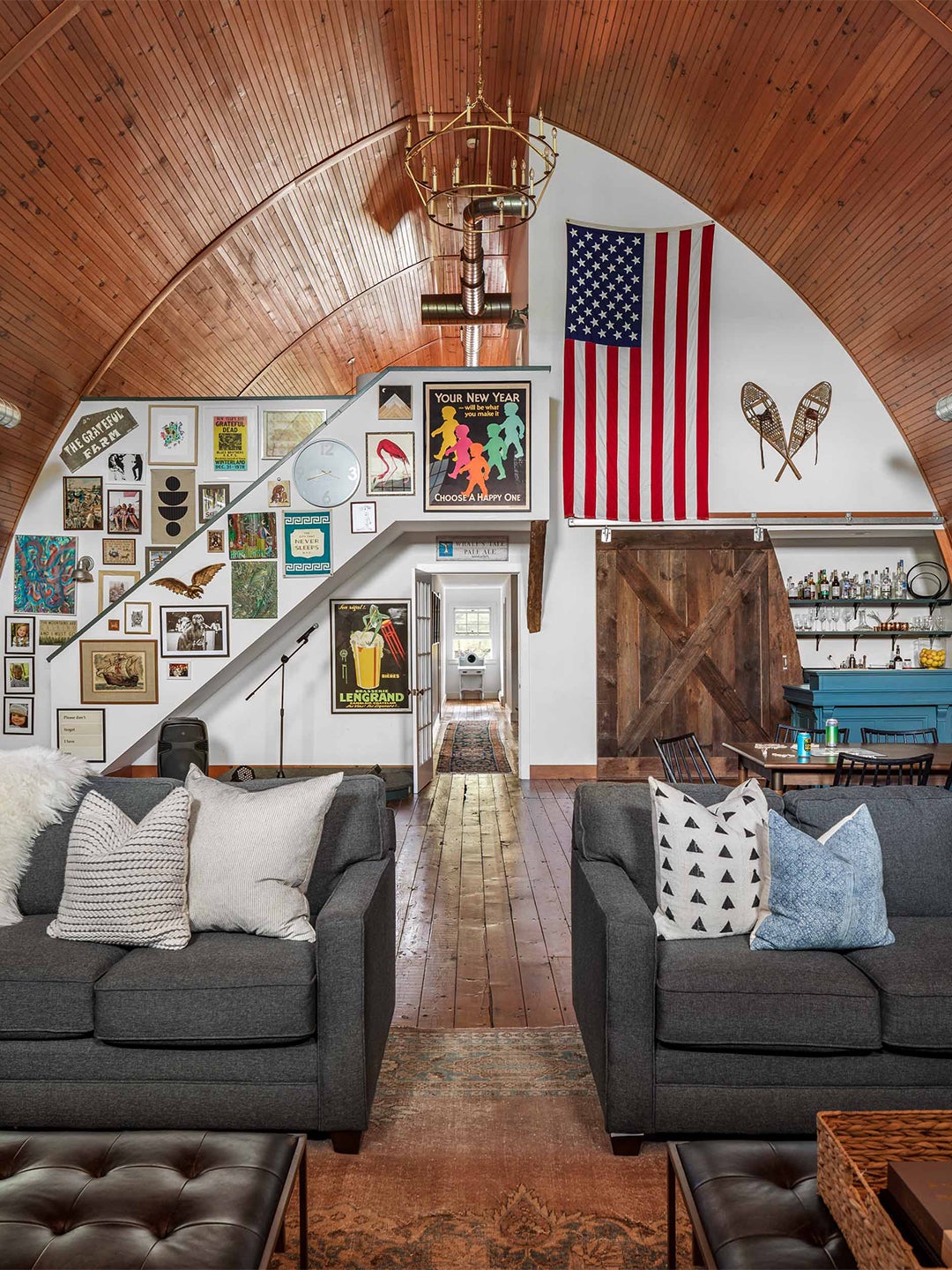 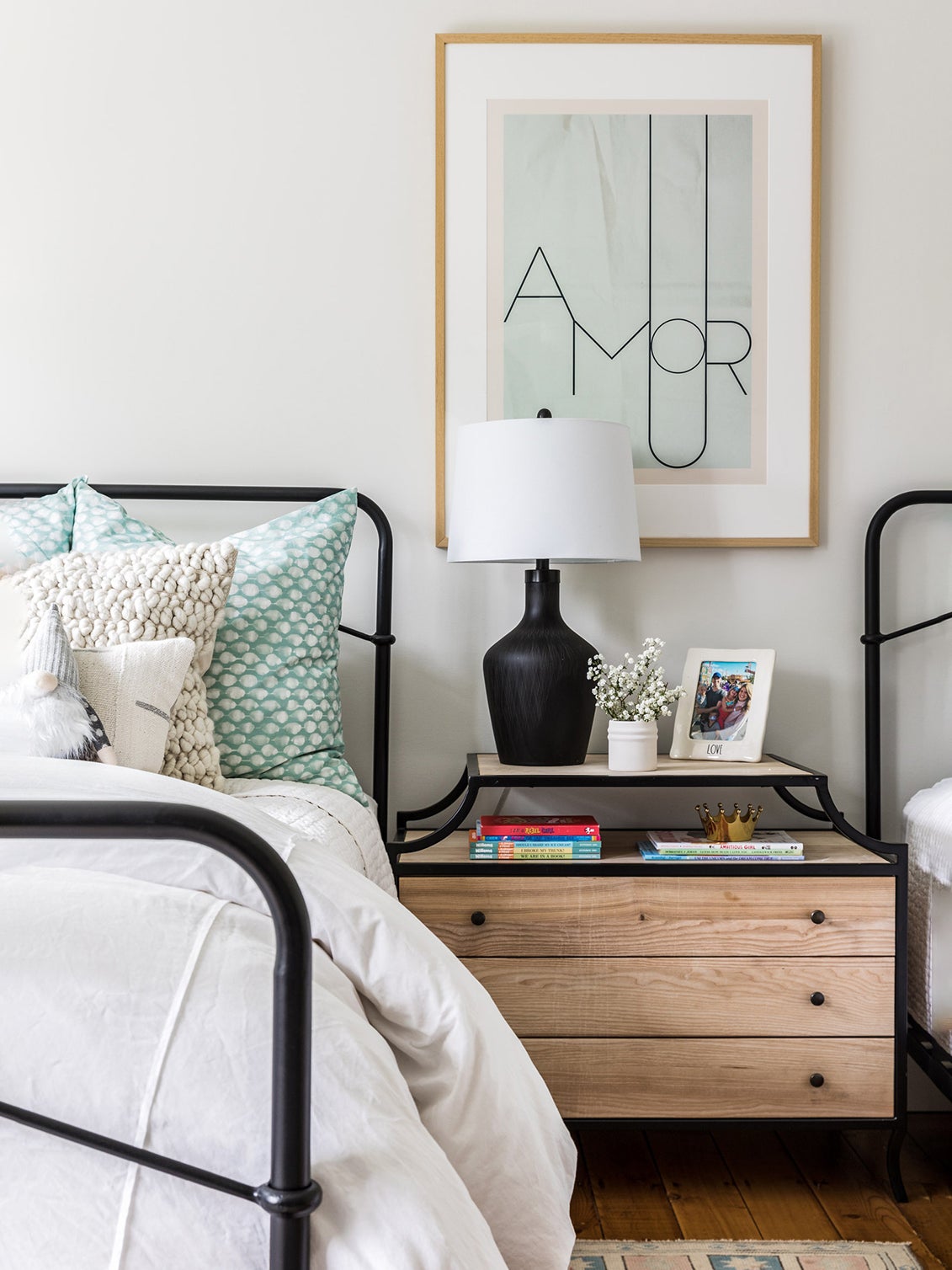 Although the two will say all the genius finds were Paranjape’s doing, the designer begs to differ. One of her favorite elements is the collage wall in the massive 40-by-80-foot “party room,” where the tall arched ceilings provide a big blank canvas along the stairwell. “I love that they collected each piece from their travels or local antiquing and managed to create such a perfect reflection of their lives together,” says Paranjape. She stepped in to source the hard-to-find items: vintage rugs (“A splurge that doesn’t need to be babied—they are well constructed and beautiful already,” she notes), a custom dining table, and a bar crafted by contractors on Etsy. Facebook Marketplace provided the trio with an antique canoe that hangs in a guest bedroom that now sleeps four kids, bringing the home’s total capacity to an impressive 20. The secret to finding deals online is to know the dimensions you’re working with first, advises Paranjape: “Measure, measure, measure.”

The “keeping room” is a Southern thing, notes Paranjape with a laugh (and likely why the Northeastern couple had never heard of the term before). Its signature characteristic is being in close proximity to the kitchen, a natural gathering place while food is being prepared. “This is where everyone hangs out,” explains Paranjape. “Cait will be in the kitchen making a plate of hors d’oeuvres; Brian’s cleaning vegetables; and people are in here and then moving out to the dining area outside.” 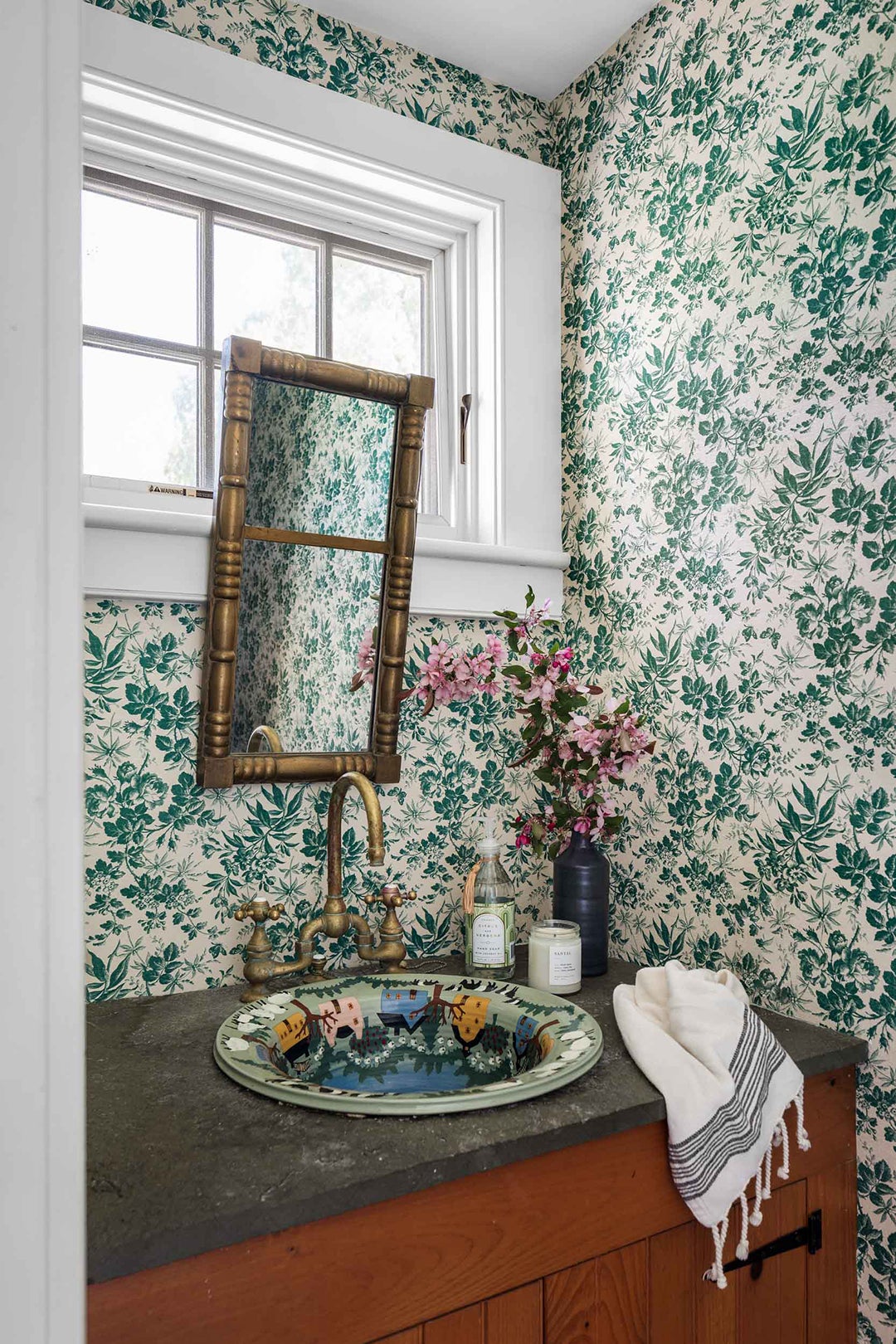 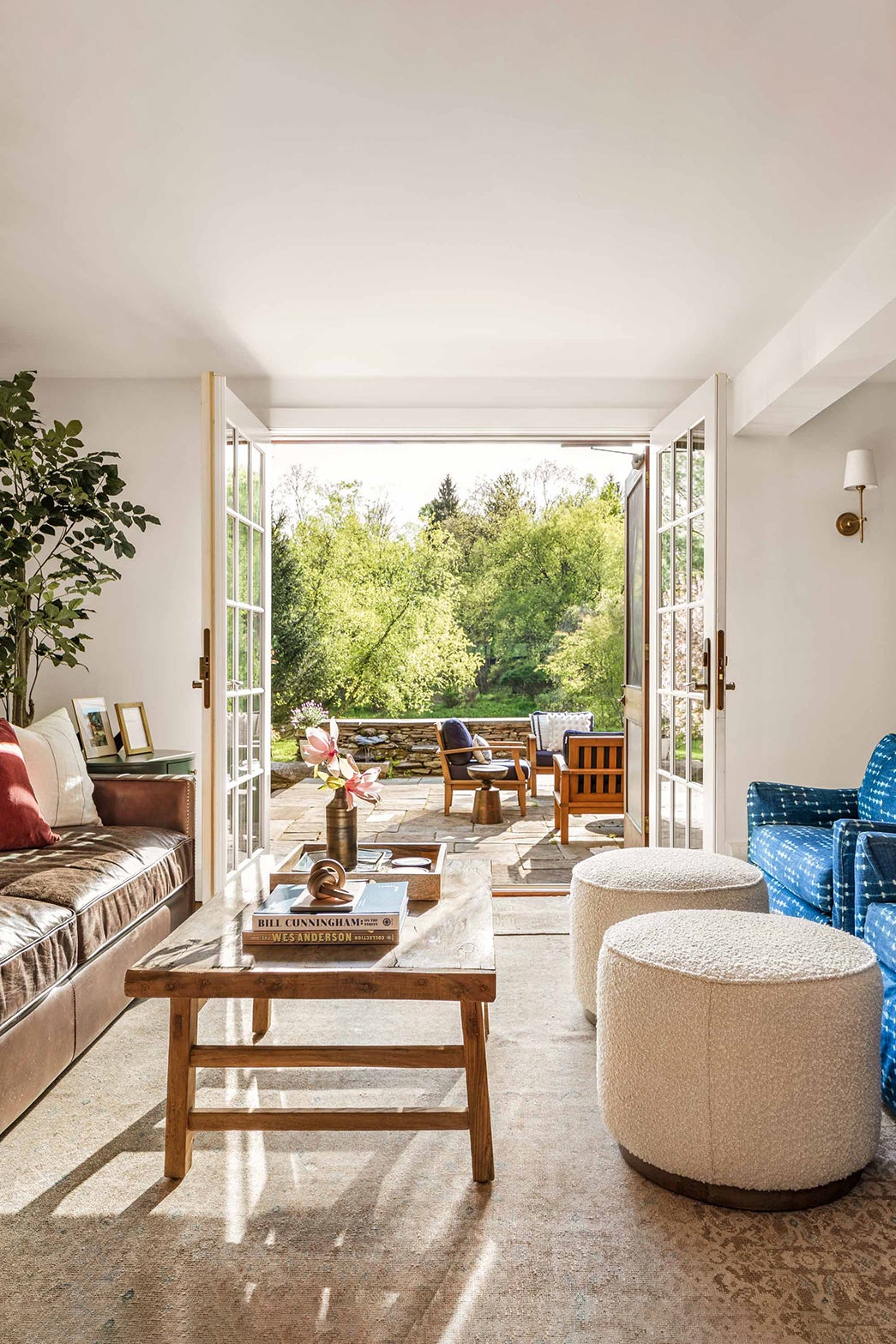 Despite their city roots, Paranjape argues the couple was born for life in the Hudson Valley—Walden is always gardening and Hoyt is obsessed with their chicken coop, checking in on her hens twice a day. “No one comes over and feels like they shouldn’t put a glass down because they’re going to ruin an antique,” says the designer. “It’s a country house: Bring a pair of boots and come on in.”

Object in our home that gets the most use: Our shuffleboard from McClure. It’s been amazing having a full-blown bar setup at the house (including darts and Pop-a-Shot), especially during a year when we couldn’t go out!

Biggest splurge: The outdoor furniture set from Modway. Having seating for us to host outside was essential. We love sit-down dinner parties, so space for friends and family was important—and really wonderful during the pandemic when we started to hang out with people again. It’s been such a comfortable, easy spot for everyone to socialize.