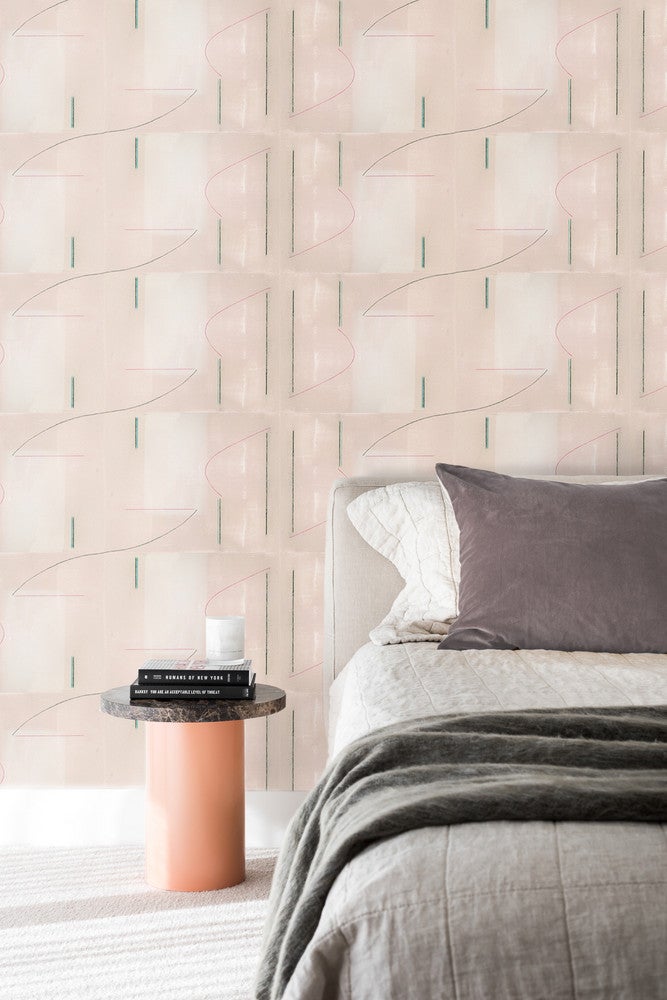 Austin-based art company Twyla is one of our go-tos for authentic art prints at budget-friendly prices, and now, the company has decided to branch out into a new venture that’ll make even more of a statement… and in the best way.

Starting today, Thursday May 17, Twyla will officially offer wallpaper. Think all your favorite artwork, but designed for a large-scale space. Called Ratio by Twyla, the collection will offer limited-edition prints launched in partnership with Sight Unseen. Debuted at Offsite, the collection will offer four patterns inspired by four different architectural photographers, and each will have a different theme—so no matter your design style, you’re sure to find something you’ll love.

“Twyla has state-of-the-art technology that renders the intricacies and texture of original paintings to our contemporary fine art prints,” Clarissa Hulsey Bailey, head of interior design at Twyla, tells Domino. “As an interior designer, I envisioned capturing those same elements on limited-edition wallpaper to create something unlike anything else on the market. It’s the perfect way to extend art beyond a frame and to fill a space.”

The inaugural collection—and after peeping the prints at Offsite, we can confirm the paper is a near perfect visual imitation of a painted canvas—therefore consists of both the wallpaper design, as well as the photograph used to inspire it—both can be found on Twyla’s website. Check out the four options and the pieces they’re inspired by.

First up, bold architectural images by Vancouver-based Marapon inspire the geometric curves that make up Brooks’s interpretation of the female form. “Brooks incorporated Marapon’s sense of light and the sun-bleached color of Fragments (which was shot in her hometown) into the human form to create a figurative and artistic wallpaper,” says Bailey.

In the second collection, clear skies and French-inspired pastels are signature elements of Venot’s work, who tries to make his architectural images border more on the lines of the abstract. To pay homage to that, Brooklyn-based artist Hollister Hovey decided to take inspiration from her own travels, consisting of high-octane patterns inspired by the Italian Riviera.

“When looking at Matthieu’s photographs, you’re transported into a deco dream world of sherbet drenched architectural perfection,” says Hovey. As such, she describes her wallpaper design as a “sorbet cityscape at sunset.”

If you’re a minimalist to a fault and wouldn’t ever dream of incorporating wallpaper into your home, maybe Karina Bania’s option will change your mind. Inspired by the work of Spanish photographer Clemente Vergara, it plays with light and geometric shapes—the crescent moons have a marble-like, almost luminescent color to them, while the background has several shades of pink all mixed together.

These architectural photographers were chosen by Sight Unseen cofounders Monica Khemsurov and Jill Singer as part of the initial launch—and so, Twyla promises a lot more where that came from. “While the Ratio by Twyla collection is distinctly Sight Unseen, it’s also a preview of the additional wallpaper that we will be launching soon,” says Bailey.