We Saved $3,000 on Pantry Cabinets All Thanks to This Mistake

The tiny utility room now has tons of storage. 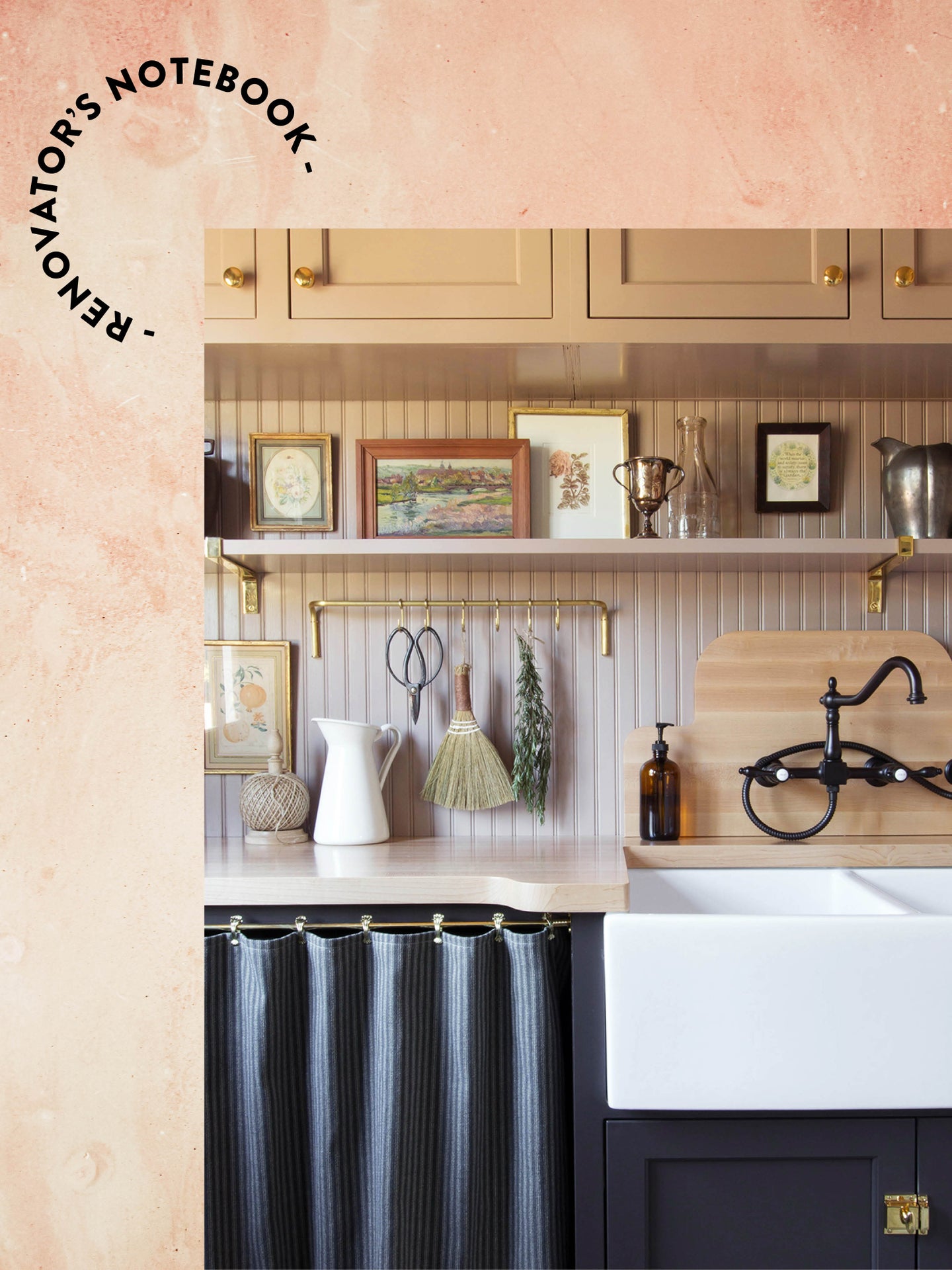 Photography and Design by Studio Laloc; Illustration by Madeline Montoya

In Renovator’s Notebook, homeowners open up about the nitty-gritty of their remodels: How long it really took, how much it actually cost, what went horribly wrong, and what went wonderfully, serendipitously, it’s-all-worth-it-in-the-end right.

The hardest-working room in designer and Studio Laloc founder Lauren Lothrop Caron’s Seattle home is, surprisingly, the smallest. In a past life, the 50-square-foot space was a porch. Now it’s a multipurpose pantry or, as Caron, an Anglophile at heart, likes to call it, a scullery. The area is a pass-through between the kitchen and the backyard, but, more than that, it’s a place where she and her husband can clean off freshly picked vegetables from the garden, store dog food and cleaning supplies, and wash the overflow of dirty dishes when they entertain.

The pair kicked off the eight-month-long, $7,500 transformation by getting rid of the biggest eyesore in the room: the pebble-dash walls. “It’s ugly and sharp,” says Caron of the stucco-like siding—a mainstay of Craftsman-style facades. “The space would never have felt finished if we didn’t cover it up or take it down.” The couple tore it out and, taking a cue from the original beadboard ceiling, covered all four walls in tongue-and-groove panels before coating them in Farrow & Ball’s Dead Salmon. Proving everything deserves a second chance, including a $60 Dutch door, the designer shares, in her own words, what it took to make the most of this nook’s potential:

Our kitchen renovation was kind of a nightmare because of production mistakes, but there was a silver lining. The sink base, for instance, was supposed to have a flush toe kick, but it came with a nonflush toe kick, so we used it in the scullery. We also asked for a bench seat, which they didn’t make deep enough to actually sit on, so we turned that into upper cabinets and had door fronts made. We saved close to $3,000 on new cabinetry for the room by recycling these “mistake” pieces. It was a matter of turning lemons into lemonade.

Not up for a DIY? Never fear: Kick-start your project with HomeAdvisor’s directory of cabinet pros in your area.

We decided to paint everything all one color because it’s such a small room—I wanted to keep it cozy. You can create a hidden door with solid drywall and paint, but it’s much more effective if you cover it with wallpaper or, like we did, wood. My husband lined the seams up perfectly. I can always use more storage, so we decided to make it a broom closet (I mounted a rack on the wall to hang supplies).

Because there was already beadboard on the ceiling, we opted to splurge on real 3-inch-wide tongue-and-groove planks ($1,000) versus large sheets, which are cheaper. The installation isn’t hard, but it requires a lot of planning. Because we added it from the floor to the ceiling and there’s no baseboard, my husband made sure his cuts along the bottom were super-crisp. It was also a total pain to cover, because I had to do four coats (all hand-brushed), and there are definitely still imperfections.

Save Those Counter Scraps

Water can damage the butcher block counter, so my fix was to do a wall-mounted faucet. But because we have a farm sink, the basin sits forward. When we went to install the fixture, there was a large gap between the wall and the edge, and the hose, which is supposed to drape into the sink, wasn’t even close to the basin. We used offcuts from the counters to create a 1 1/2-inch-thick backsplash so the neck and hose have the clearance.

Have Fun With the Floors

I decided late in the game to paint flowers on the floor. I garnered inspiration from Michael Smith’s Darby Rose fabric, which we plan to use for the window treatments in the kitchen. I took the measurements of the room and drew out the plan on graph paper (1 inch on the page represented 1 foot in the room). I sketched out the design on the wood planks using sidewalk chalk, because if you make a mistake, you can wipe it off easily and the paint goes right over it. And even though our timeline was long, now that spring is here, it matches the season.

See more stories like this:  The Tile for Our Entryway Reno Was $500—The Front Door Was $60 Why We Decided Against IKEA Cabinets for Our $48K Kitchen Remodel It Cost Us $25K to Turn an Old A-Frame Into a Scandi-Inspired Getaway