We learned a major lesson about grout along the way. 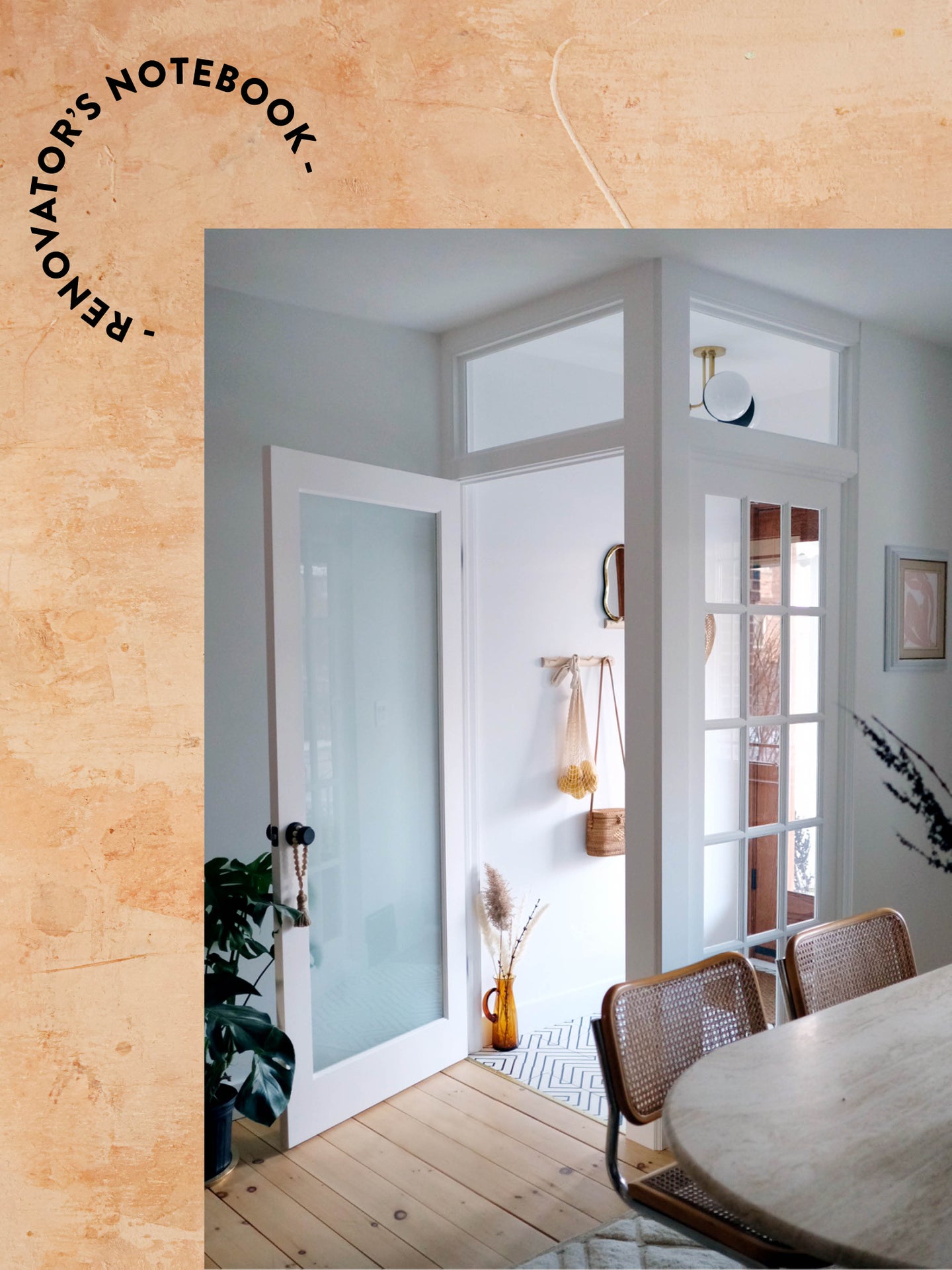 Life doesn’t come to a screeching halt just because you decide to renovate. For a dose of reality, talk to Elena Lohse. The Toronto-based creative and her husband own a 1935 semi-detached home, which they’ve slowly been fixing up over the span of four years and documenting on their blog, This House 5000. All of their projects, big and small, take place after 5 p.m. or on the weekends—the couple works full-time. “It’s such a grind,” says Lohse, “but we take pride in doing things ourselves.”

You don’t need to look further than their entryway makeover to know that all good things take time. The transformation took place over four months, but given they didn’t hire out anything, the project only cost $1,900—and that’s including the new wood framing, hand-painted cement floor tiles, and three different doors. Lohse welcomes us in and walks us through the process.

Open-Concept Has Its Downsides

The old walls were narrow strips of wood nailed horizontally across the studs and coated in plaster. We used sledgehammers, a Sawzall, and a crowbar to knock down the one between the entrance and the dining room, remove the ugly beige tile, and expose the wood subfloor. But when we took the wall down, we realized there was no definition of space. We built a new structure from 2-by-4s so it felt separate, like a mini mudroom.

Get Thrifty With the Main Features

A new solid oakwood door with glass would run close to $1,000. We found this used one for $60 at Habitat for Humanity ReStore. Since we live in a big city, we can’t have a gaping hole to the outside in our home, so we installed it in one day. The opening was a standard 34-by-80 inches, so it wasn’t difficult. My husband and his friend purchased an oak border that matched the grain perfectly; it looks like it’s always been there.

Live With Your Tile Choices for a While

Encaustic cement tiles are not cheap! These were $500. Because of the way the lines run, every time you flip one, the whole pattern changes. It took us about three days to settle on a design—we laid 50 pieces out in the hallway and kept playing with them. I posted the different iterations on my Instagram Stories and people were finding things we couldn’t see, like symbols and words. We wanted to avoid all of that. Once we figured out the maze, we lived with it for another two or three days, because once it’s locked in, it’s locked in.

Not All Doors Have to Be Functional

If we were going to custom-build an interior window, it would be way over $1,000 to get the trim and the glass just right. I had the idea of putting a stock French door from Home Depot ($135) into the framing, so it looks like a wall feature rather than a passageway.

advertisement
Not up for a DIY? Never fear: Kick-start your project with HomeAdvisor’s directory of window and door contractors in your area.

It’s all about research, research, research. One thing we failed to do was look up the exact type of grout you need for cement tiles, which are extremely porous. We should have bought Grout Release, a removable, water-soluble surface coating, but instead got something off the shelf that had a self-sealer in it, which left a milky film over the tiles when it was applied to the cracks. Panicking, my husband scrubbed it with water and an abrasive sponge until it was gone. These are the kinds of things that happen when you DIY.

While we could have taken the walls to the ceiling, we wanted to maximize the sunshine streaming in. We had a local fabricator cut glass panes ($20 each) to make two interior transom windows. The installation was challenging; if any of the pieces had been off by a millimeter, we would have had to start over.

For a while, I was getting waves from delivery people on the street, so for privacy, we added a frosted door between the hallway and the entryway.  Anytime you buy glass, it’s protected by a plastic film with paper on top of it—it prevents it from scratching during transport but also makes it easier to paint. The most fun part of this whole project was ripping it off. So much light came in.

See more stories like this:  It Cost Us $25K to Turn an Old A-Frame Into a Scandi-Inspired Getaway Why We Decided Against IKEA Cabinets for Our $48K Kitchen Remodel My $40K Exterior Remodel Was an Unexpected Lesson in Landscaping