Rebel With a Cause: At Home with Pamela Bell of Prinkshop 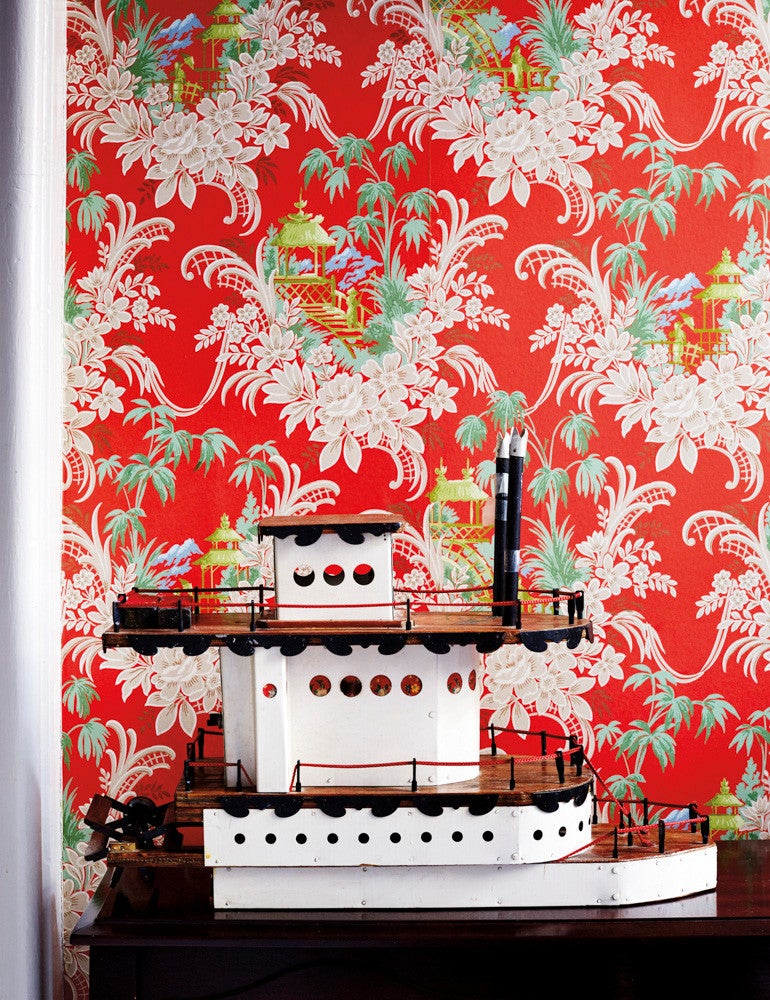 In her East Village home, designerPamela Bellcreates meaningful messages and gamechanging designs—on and off the silk screen.

Bell standing next to Prinkshop test prints. “Most ads tell you what to want. I want people to advertise their own causes,” she says.

At Pamela Bell’s town house in Manhattan’s East Village, the salon-style walls are adorned with enough original artwork to fill a few galleries at the Museum of Modern Art—alongside Bell’s own works in progress, casually pinned up in the living room. “Art is a big part of my life,” says Bell. One of the four founding partners of the Kate Spade brand, Bell’s résumé includes stints as a production manager, merchandiser, product developer, and volunteer for a long list of causes.

Bell found the living room’s bergère chairs on the street. She reupholstered the arms, sides, and back in fabrics from Peru, Istanbul, and France, and covered the seats in Kate Spade velvet.

In 2013, she founded Prinkshop, an experiment in graphic design and social activism, using T-shirts and tote bags as her canvas. It started, among other things, after Bell bought a set of posters at a fundraiser at her daughter’s school. The artwork was from Paris and dated May 1968, when students took over the École des Beaux-Arts and silk-screened placards in support of worker strikes. “It was an artist-led revolution,” she explains. “I fell in love with the images, and they inspired Prinkshop’s cause-centric community.”

In the hall, a runner carries the color downstairs

Using a business model Bell calls “creative capitalism,” Prinkshop is both profitable and philanthropic—donating up to 30 percent of revenue to its partner organizations. For a recent United Nations Foundation’s Girl Up campaign, Bell designed a T-shirt emblazoned with the slogan You See a Girl, I See the Future in a bold serif font.

“We had to utilize a second factory to handle the volume,” Bell says of the influx of orders once model-actress Cara Delevingne sported the tee on Instagram. (For each shirt sold, $10 goes to Girl Up.) Another Prinkshop hit is a graphic T-shirt inscribed with 77/100, referencing the percentage pay gap for women.

Bell and her son, Will, hang out in the living room. Painting (left): Ephemera, 2012, by Sydney Albertini

“I’m not really a purple person,” Bell says. “The bedroom just worked out that way.” Lavender creates a quiet backdrop above the bed.

A self-taught screen printer, Bell takes an equally fearless trial-and-error approach to decorating. When she bought her five-story 1848 town house, it had lived through multiple incarnations, including a hospital and a five-unit apartment building. Bell converted it into a single-family space, replaced the old cloth-wrapped wiring, renovated the kitchen and a few of the bathrooms, but left most of the floors and original moldings as is. For the living room floor, her contractor salvaged leftover planks from a Plaza Hotel project and used them to install a herringbone pattern. Wallpaper from beloved New York vintage shop Secondhand Rose lines the hallways and a second-floor bedroom.

Bell’s son, Will, chose the royal blue color for his bedroom walls, pairing it with white trim and a red storage locker for a bold, graphic look.

“I repaint a lot and I’m constantly moving things around.”

A literal laboratory for Prinkshop, the home acts as a display for screen-printed test papers, while a spare room holds inks, paints, and samples of T-shirts and tote bags. When asked about balancing work and family in the same space, Bell laughs. Her three children—Elenore, 22, Anabel, 19, and Will, 16—have bedrooms in the house, although the two oldest are away at college. “Running a business from home allows me to be here when my kids are around,” she says. She’s quick to add that “feminism is really just about how you live—I believe in equality for everyone.”