10 Unexpected Nurseries That Are Big on Creative Design Ideas

From cheerful wallpaper to an easy DIY. 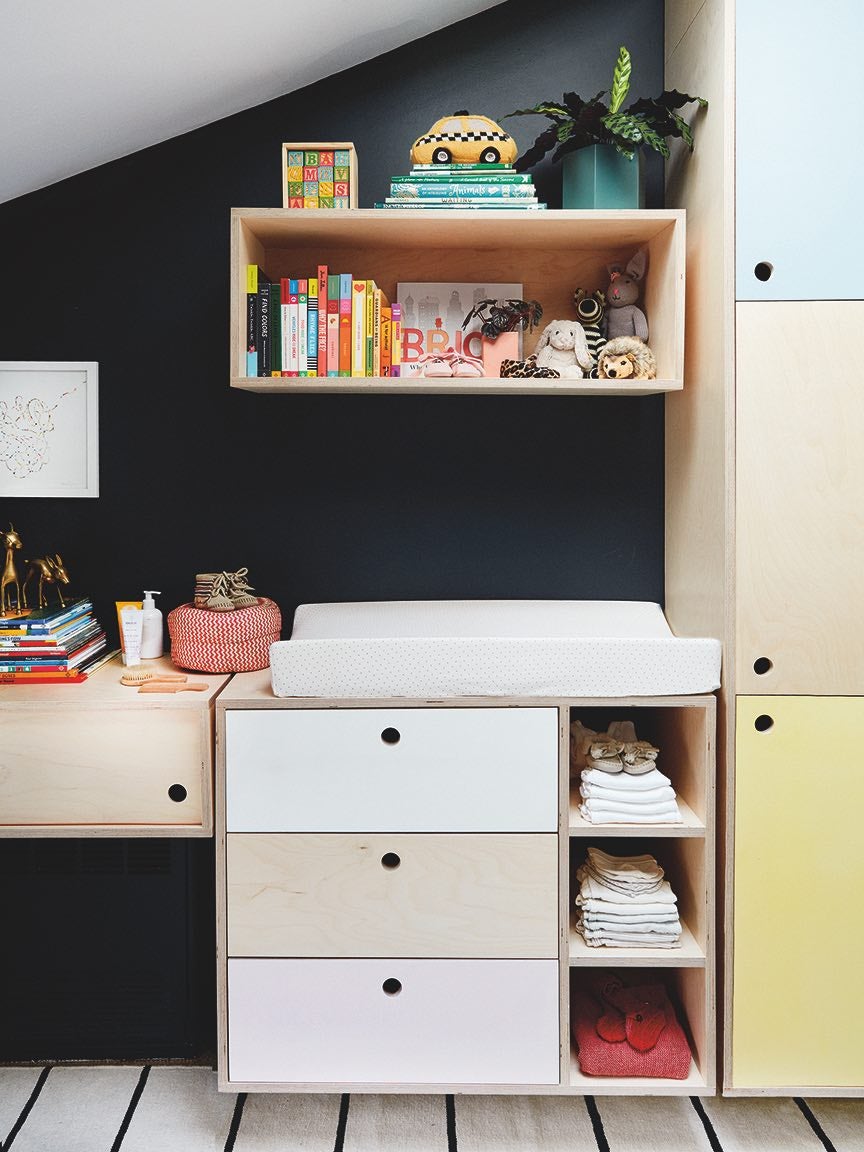 It’s understandable that a nursery can steer into stereotypes. Allover pastel starts to read saccharine for the adult crowd; meticulously themed and you’re staring down a redesign once your little one starts forming opinions (which happens sooner than most of us are ready for!). But experimenting with less-expected decor ideas in a baby’s room often has stellar results. Elevated materials, interesting color combos, and creative storage bring plenty of whimsy with a timeless twist—and set the scene for the whole family to enjoy. Here are 10 of our favorites, straight from Pinterest.

The One With Artful Wallpaper

Stacey-Ann Blake of Design Addict Mom tucked the perfect nursery nook into her family home’s dormer, where paint-dabbled walls (in the form of Pierre Frey wallpaper) take the humble corner to the next level. Layering in plush rugs and soft accessories helps keep all the cozy cocooning vibes, so her daughter can snuggle up soundly.

The One With Sleek Storage (But Old Soul)

Featuring flowy fabrics, delicate flowery prints, and dusty desert pinks, this L.A. nursery is like a Dôen dress in room form—which is no surprise since it’s designed by the brand’s cofounder, Margaret Kleveland. The mom of two wanted to stay true to the home’s mid-century roots while bringing in some softer touches. As for the built-in cabinet lining one wall: Triangular shelving under the sloping roofline adds function to what would otherwise have been an awkward, unused area.

The One With a Fearless Palette

Of course Christene Barberich’s nursery is as colorful and cool as the stylish mom herself. Graphic touches and bold hues (check out the matte black walls) really make this baby girl’s room unlike any other, creating a grown-up–friendly space. Take a page from Barberich’s color-saturated playbook and add a few of your own signature style elements to your nursery to craft an environment you’ll want to spend time in, too.

The One With the (Truly) Easy DIY

Interior designer and new mom Sarah Dorsey took a wabi-sabi approach to painting the walls of her son’s nursery in a geometric pattern. She wanted subtle visual interest while keeping things crisp and white, so she used painter’s tape to sketch out a loose grid. “By not measuring, I was able to move much faster,” she says. An uneven, hand-painted look also helped cut down on time; Dorsey managed to complete the project in less than 10 hours, all during her baby’s naps.

The One Meant for All-Day Lounging

Transportive leafy wallpaper aside, one of the smartest styling tricks to steal from Emily Henderson’s airy space is the adult-approved rattan daybed. Not only does this provide somewhere cozy for parents to hang out while watching the baby, it’s a transitional piece that Henderson’s daughter will be able to grow up with.

The One That’s Tiny But Mighty

Domino’s executive editor, Alex Redgrave, had one big goal when designing her warm-toned Brooklyn nursery: create a welcoming space filled with character that would work within limited square footage. As such, the cheery room is full of sneaky storage. There’s a dresser instead of a regular changing table, for example, and the shelf above is lined with large baskets perfect for hiding away less-used items.

The One Where Patina Is Everything

According to London-based designer Lanika Chande, “Kids’ rooms are meant to be lived in”—and for her each piece in the space should have a backstory from the very beginning. Her son’s nursery is filled almost exclusively with vintage finds, including an antique Georgian nursing chair passed down from her mother and a Victorian-era cane crib that she had reinforced. The final touch? Alice in Wonderland wallpaper.

The One With Expressive Neutrals

When your mother is Parachute founder Ariel Kaye, you can rest assured that your digs will have the dreamiest textiles. Her L.A. nursery plays up a simple palette by layering in various blankets and rugs, each in a slightly different hue and material for some textural variety. If you’re working with a neutral space, mimicking this approach takes things up a notch.

The One With Celestial Style

In this Jessica Ayromloo–designed nursery, which the Kelly Wearstler alum created for a young couple in New York City, the iridescent accessories, curvy pastel storage cabinet, and shimmering Calico wallpaper create a magical universe that seemingly shines from within. “It is dreamy enough for a nursery but sophisticated enough to evolve into a teenage sanctuary,” says Ayromloo of the (truly!) futuristic room.

The One That Elevates Everyday Materials

As with the unspoken rule that kids always want to play with a simple household item over a flashy new toy, sometimes the humblest of building materials can make a nursery sing. In the room of artist Bethany Brill’s young daughter, birch plywood walls bring warmth without the need for paint and give the sense of being in a treehouse. What more could baby want?