A New York Loft Gets a Parisian-Inspired Renovation

This three-bedroom Nolita home came to life in just over a month. 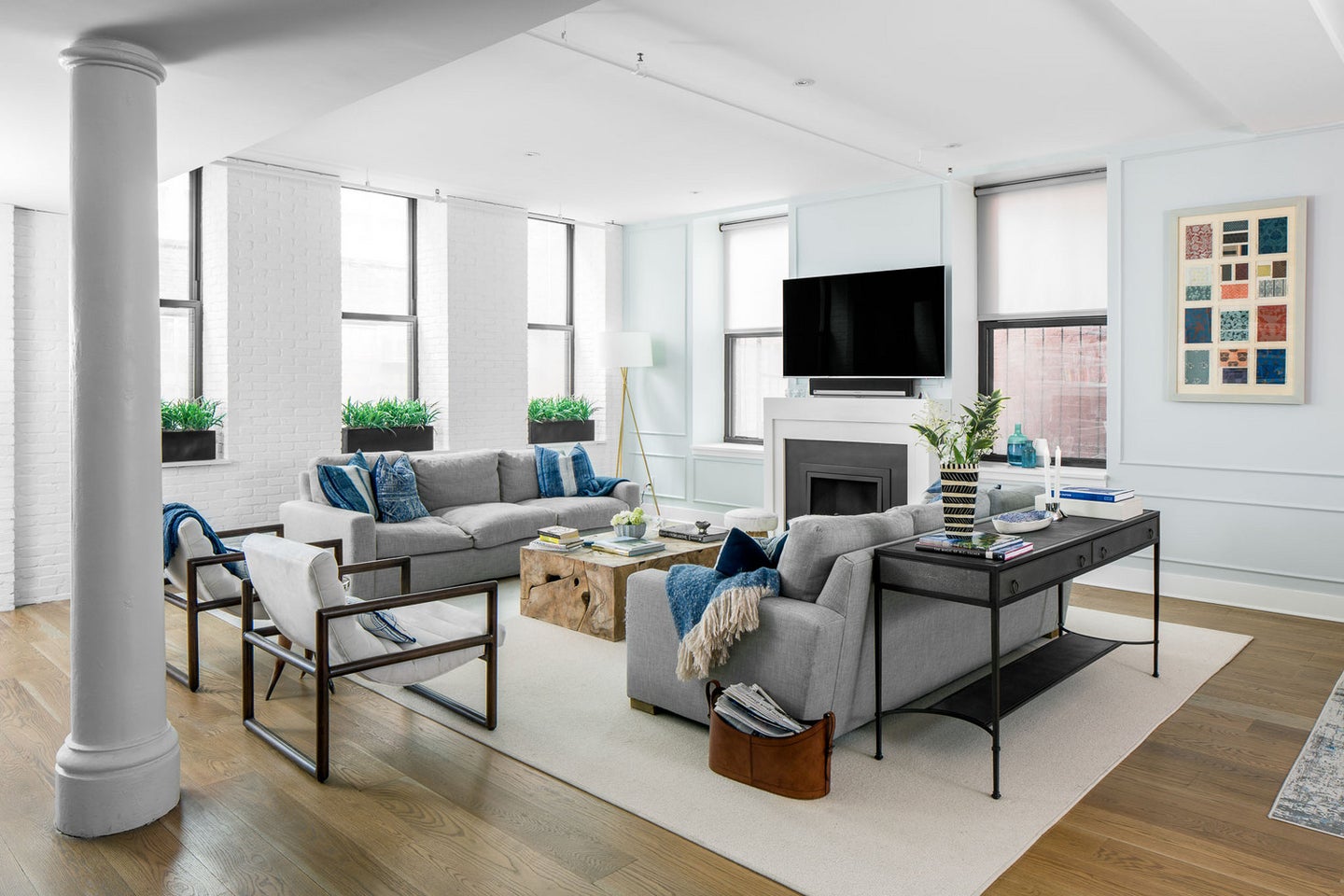 Photography by SEAN LITCHFIELD FOR HOMEPOLISH

Time was of the essence when a downtown New York City couple tapped Homepolish designer Louisa Roeder to oversee renovations and select furnishings for their Nolita apartment: They had to be out of their old home and settled in their new three-bedroom in just under two months. Oh, and they want to gut renovate the space.

Roeder had her work cut out for her. “We wanted to create a clean and crisp environment while still making the space feel cozy,” says Roeder. The prior finishes in the apartment felt somewhat sterile, and the goal was to create a Parisian-inspired vibe in downtown New York City.

The biggest challenge in the space is that even though there are a lot of windows, it lacks natural light because of the neighboring buildings. For this reason, she installed recessed lighting throughout and stuck with a light color palette (brick tiles along back wall painted white).

Special features like a ventless fireplace and wall mouldings make the apartment stand out. “I love the wall moldings that we put in throughout the apartment which remind me of traditional Parisian homes,” Roeder explains.

With neutral gray-blue walls (Alaskan Husky by Benjamin Moore) throughout the apartment, the designer took a risk with the powder room decor. Using Hygge & West patterned wallpaper and replacing the floor tile with a gray herringbone patterned wood offered a more adventurous look.

“In the other bathrooms, we switched out the marble floors with a porcelain that resembles poured concrete tiles, and swapped out the marble walls with subway tiles separated by a dark grout,” says Roeder.