the reality star’s bohemian hideout is officially on the market. 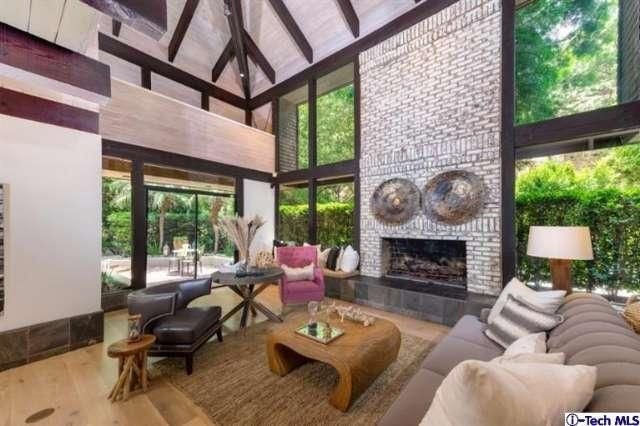 The “Candidly Nicole” star recently put the Los Angeles home she shares with husband, singer Joel Madden, and their two children, on the market.

The couple bought the four-bedroom dwelling in 2009, after falling in love with its oversized windows, exposed beams, and all-wood flooring.

The eclectic, midcentury-modern style spread features four fireplaces, an attached guesthouse, and a large kitchen that opens onto a special outdoor barbequing area.

The 6,300 square foot house was built in 1914 as an architecturally unique triplex property: it’s actually three different units combined into one whole building.

Each of the abode’s five bathrooms boasts its own sky dome, ensuring an abundance of natural light fills the space.

In addition to the lagoon-inspired swimming pool, the backyard includes a flagstone terrace, spa, and its own waterfall—making the pad’s $3.5 million price tag a lot less surprising.