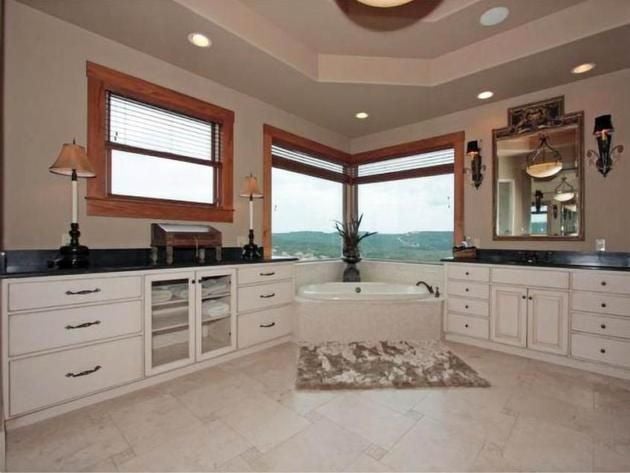 Matthew McConaughey’s southern home is as every bit as laidback and cool as the actor himself.

After years of famously working and living in a 28-foot Airstream trailer—nicknamed “The Canoe”—Oscar-winning actor Matthew McConaughey decided to put down roots in his Austin, Texas, near his old stomping grounds at the University of Texas.

The residence boasts 7 bedrooms, 8 bathrooms, an elevator, as well as gated drive—lined in oak-trees, no less—that leads to two motor courts, a 4-car garage, and 7 boat slips at the lake just down the hill.

The 10,800 square-foot estate was built in 1997 as an homage to legendary architect Addison Mizner, whose signature Mediterranean and Spanish Colonial style abodes are highly sought after throughout the South (especially in Florida).

McConaughey shares the three-story spread—located in the upscale Rivercrest area of Austin—with his Brazilian model wife, Camila Alves, and their three children: Livingston, Levi, and Vida.

In addition to their new pad in Austin, the family also has a newly remodeled mansion in the Point Dume area of Malibu, California—a residential hotspot for celebs of McConaughey’s caliber.