domino does the intern 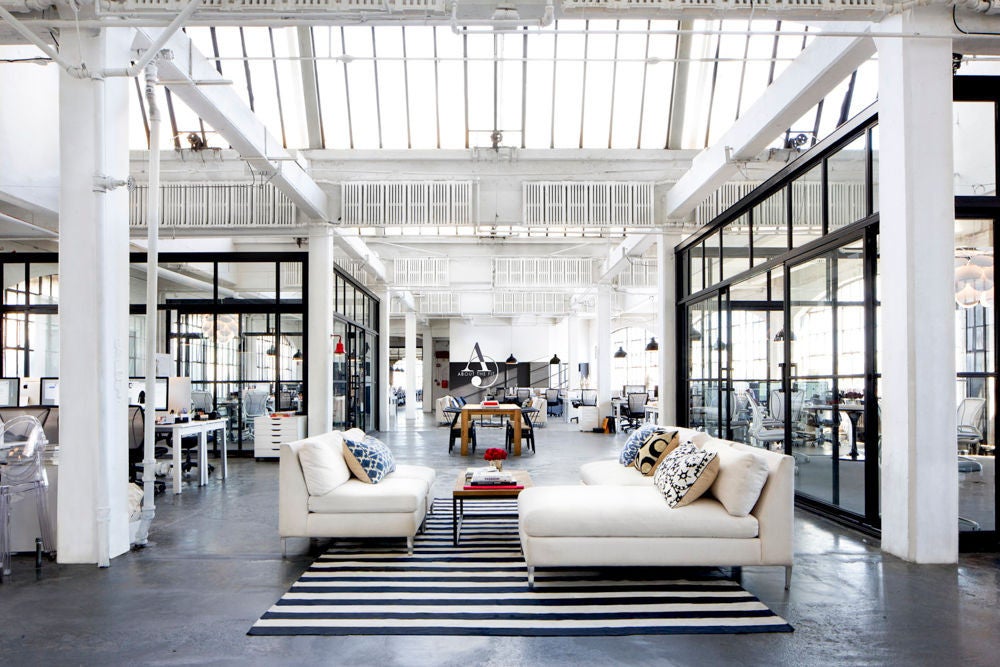 We go behind the scenes of Nancy Meyers’ latest film to get the dish on what inspired some of her favorite set designs!

For her newest work, celebrated director Nancy Meyers (Something’s Gotta Give, What Women Want) teamed up with famed Production Designer Kristi Zea (Revolutionary Road, GoodFellas) to put together a stylish and modern New York City backdrop. Set mostly in modern-day Brooklyn, The Intern follows the life of fashion start-up CEO Jules Ostin (Anne Hathaway) and her newly appointed—and 70-year-old—intern, Ben Whitaker (Robert DeNiro). To invoke the spirit of the city’s hippest borough, Meyers asked the entire team, including the actors, to help her put together motivational Pinterest boards. “I love Pinterest,” the director jokes. “Before Pinterest it would be me talking everybody’s head off. Okay, I still talk their heads off.” Meyers felt doing a an online mood board for each character and all of the movie’s main sets would be a great way to show specifically what she was striving for: “It was a great way for everyone to just breathe in a little bit of the character’s essence and world they lived in.” Here are a few of our favored sets for the feel-good film; now in theaters nationwide!

THE OFFICE: The film’s main set takes place in the Red Hook part of Brooklyn, inside of a fictional fashion company’s headquarters. “It’s an eclectic mixture of traditional, mid-century modern with found objects,” Production Designer Zea says of the office’s design, “as well as procured pieces that reflect Brooklyn’s style and e-commerce culture.”

JULES LIVING ROOM: For Jules’s cozy Park Slope home, Meyers and Zea picked a charming brownstone in the Clinton Hill neighborhood of Brooklyn that had recently been renovated. “There are great stories to be told in people’s homes.” Meyers explains, “It’s important for the imagery of the film make the characters’ homes tangible.”

JULES KITCHEN: Of her character’s crisp and contemporary kitchen Hathaway says: “All of Nancy’s movies have a kitchen everyone wants for their own. This one is no exception. I was thrilled to get to live in a

even for a little while. Let me tell you, you could cook in there.”

JULES BEDROOM: For Jules’ bedroom, Meyers and Zea went for an earth-toned palette of deep charcoals and creamy neutrals; instead allowing interesting textiles to enliven the place. Zea explains, “Over all the style on the film is minimalist—simple, subdued, with little ornamentation and lots of natural fabrics, textures and stripes.”

DAUGHTER’S BEDROOM: For Jules’ daughters’ bedroom, Meyers and Zea filled the place with plenty of pretty pinks and feminine frills. “Nancy has a keen eye and has an enormous amount of knowledge about décor, color and style.” Zea adds, “The biggest compliment was her walking on set and saying, ‘Oh my goodness, it’s just like my Pinterest!’”