It’s a destination on rainy and sunny days. 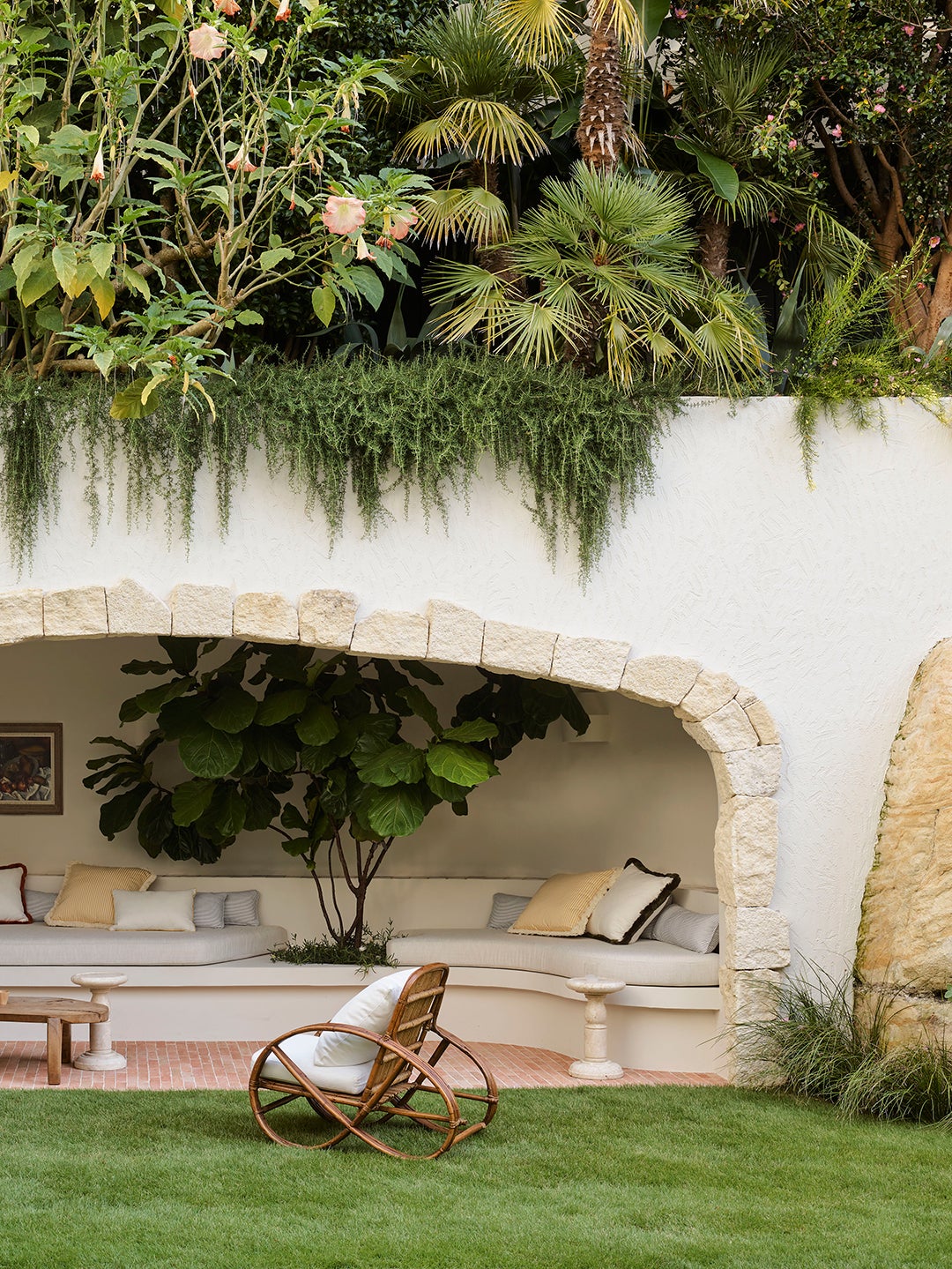 The sandstone boulder in landscape architect Anthony Wyer’s Sydney backyard was a natural starting point for his outdoor design. Really, it was the only starting point: The enormous rock would be an equally massive pain to remove. “Once we cleaned it up, I thought, this is amazing,” says the owner of Wyer & Co. “It’s such a beautiful, natural element.” The boulder sat in the back right-hand side of the yard, leaving a large empty spot to the left of it that was begging for something special. For example, a grotto.

The cavelike nook felt right for the yard, not only because Wyer and his family spend a month in Italy every year, but because the house had an Amalfi Coast vibe happening inside when they bought the place back in 2015. “I wanted to provide a destination for people,” he explains. The structure also solved another problem: When topped with greenery, it helped block the view of their neighbor’s house without them having to plant large trees from the ground up. “People just congregate out there,” he says.

Wyer had to follow strict regulations imposed by the city that determined how high he could build the grotto structure. There was a fine line between everything from how tall the ceiling was to the thickness of the concrete that supports the planter boxes. “We worked through it a lot with the engineers to make sure it could happen,” he says. After cleaning up the boulder itself a bit, removing any signs of staining, they built the grotto wall around the backside of the rock, making it one with the barrier.

The boulder turned out to be a beautiful light hue with hints of pink and orange veining running through it once it got a solid power wash. Wyer took inspiration from the fresh look and sourced coordinating limestone from the Greek Isles for the grotto’s archway.

For the greenery, he opted for a mix of native and exotic botanicals. The giant camellia trees are nearly 80 years old and span 13 feet tall and 10 feet wide. Various cacti, shamrock palms, and agaves also help block the neighbors, while the rosemary spilling over the edge is for Wyer and his family’s eyes only.

With the help of designer Tamsin Johnson, Wyer finished the interior with built-in seating clad in outdoor-proof fabric, hardwired lighting, art, and heated floors. The setup beckons houseguests from across the yard. In the corner, a fiddle-leaf fig tree is set within a self-irrigating compartment (a work-around given the room doesn’t get any rain). “Originally it was inside the house, but it looked a bit sad actually,” he recalls. The shape and size ended up being perfect for this cozy corner. “Now it’s so happy.”