This Design Duo Hates Kitchens, So They Made the One in Their Office Invisible

The only exception: Cobalt blue shelving. 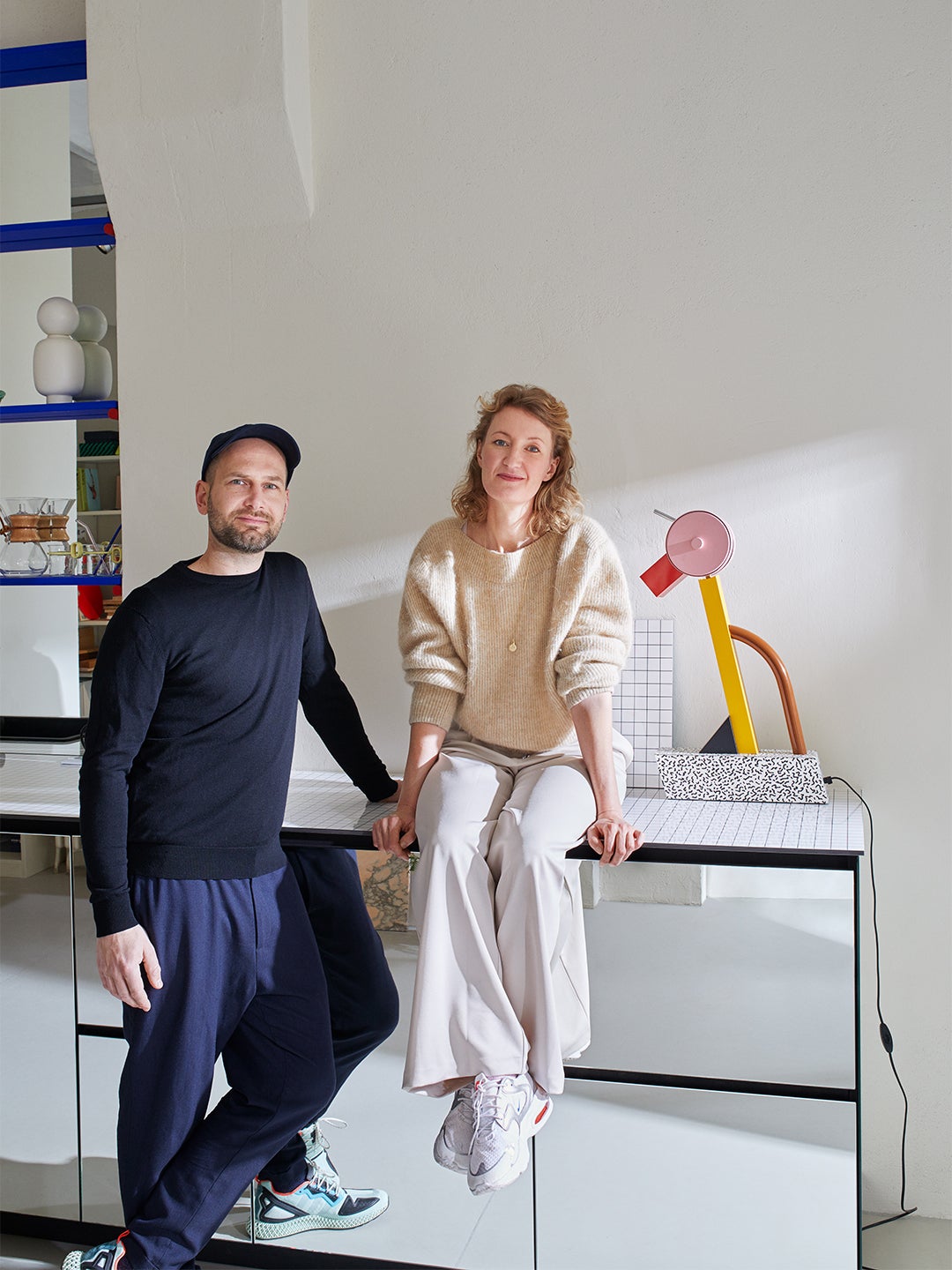 Despite being known for their inventive takes on kitchens, it’s Sina Gwosdzik and Jakob Dannenfeldt’s least favorite room to design. The creatives behind Jäll & Tofta specifically hate appliances (such an eyesore), hence the varying levels of secret cabinetry and built-in storage in their projects.

For their Berlin HQ, however, the duo went with a different approach. “We realized that no big appliances were necessary,” says Gwosdzik; a microwave and a dishwasher were plenty. “So we could run wild with the concept.” Cue two lines of cabinetry and Memphis-inspired open shelving in the narrow but long office. Ahead, we take a closer look at Jäll & Tofta’s invisible kitchen.

Communal kitchens aren’t often aesthetically pleasing, so Gwosdzik and Dannenfeldt (visually) made theirs disappear. The mirrored cabinet fronts reflect what’s in front of them, which allows the cupboards to fade into the background and not distract from the team’s creative flow. The material, which they sourced in Berlin (it’s the same as your typical wall mirror), also helps sunlight travel around the ground-floor space. The studio has only two windows—a panel by the front door and another at the other end. With the creatives’ desks living in the middle, it was crucial to maximize the little (but precious) natural light, especially for 5 p.m. brainstorms. Yes, the panels do smudge easily and show fingerprints, but it’s nothing a nightly wipe-down with glass cleaner can’t fix.

No Need for Bulk Storage

Despite the pair’s vision for an anti-kitchen, spots for coffee mugs and midday snacks were still a necessity (3 p.m. slumps are very real). Upper cabinets were off-limits; they would be too bulky for the tight quarters. Instead, painting a few wood shelves in Yves Klein Blue—backed with mirrors, of course—made the most of the vertical space. All of their favorite low-ball tumblers are now within easy reach, which made room for nibbles to be tucked away in the cabinet drawers.

Ideally, the countertops could have been mirrored, too, but durability was an issue. You don’t want seven years of bad luck by accidentally cracking the material while cutting into an orange. By opting for the gridded Misura tile by Ettore Sottsass (reflective in its own way), Gwosdzik and Dannenfeldt got the sleek appearance they were after, while still ensuring lunchtime could go off without a hitch.