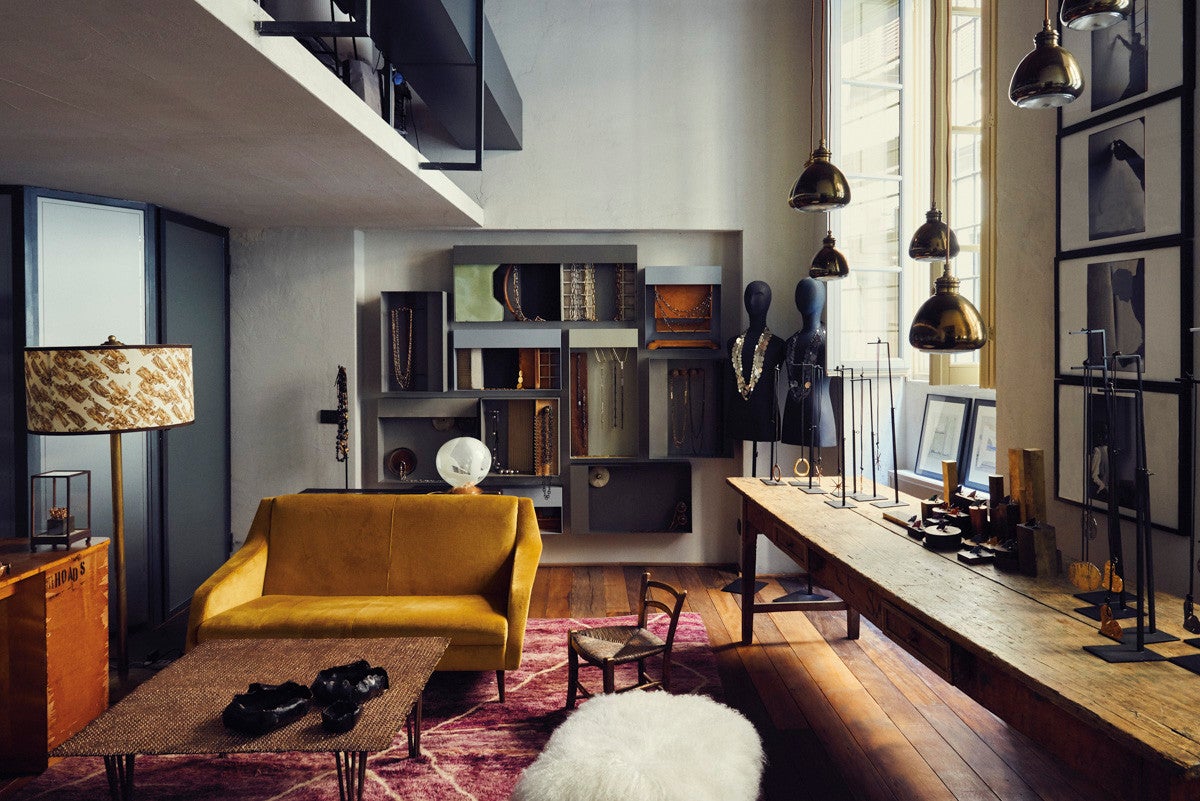 The studio’s staircase moonlights as an elegant bookshelf.

“We wanted to create a private space that feels like a home,” says jewelry designer Madina Visconti di Modrone of the atelier and showroom she shares with her mother, furniture designer Osanna Visconti di Modrone. Hidden from street view down a cobblestone alley, the Milan studio is a refuge of patinaed bronze, velvet, and polished wood that feels grand and lustrous yet intimate and welcoming.  made as a housewarming gift. “I want to do everything in bronze!” she confesses with a laugh, “that’s the influence of the studio.”

Balancing the rich earth tones and sleek accents are Madina’s organic, whimsical designs—snake rings, rose branch bangles, feather cuffs, and climbing ivy bracelets—much of which she makes using flowers and leaves foraged at her childhood summer home. Her latest collection, a series of delicate enamel butterfly earrings in vivid jewel tones, also adds a new pop of color. Like her mother, Madina uses the ancient lost-wax technique, casting her metal pieces from an original wax model. “There’s such a connection to the material,” says Madina of both their work. “Our styles pair together very well.”

For her own space, an apartment five minutes from the atelier that she has yet to move into, Madina draws decorating inspiration from various sources, including a mosaic her grandmother  made as a housewarming gift. “I want to do everything in bronze!” she confesses with a laugh. “That’s the influence of the studio.”

“I’m always at my mood board, cutting and sticking and painting.”

Madina finds inspiration in Gustav Klimt and the Art Nouveau. “I love all the gold and super-saturated colors,” she says.