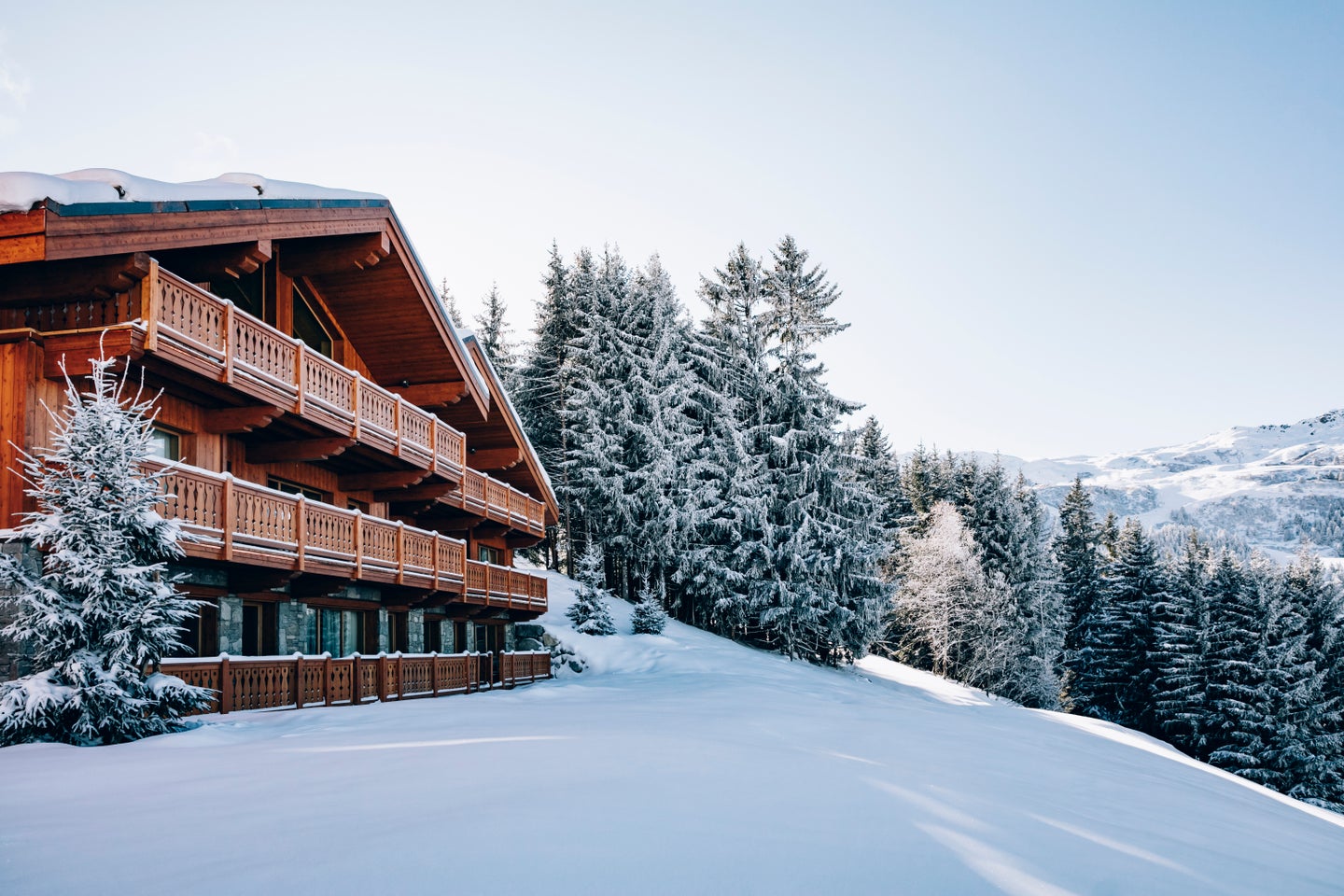 It took Yovanovitch two (!) years to design the five-star resort, which spans 55 guest rooms and two private chalets. This timeline makes a lot more sense when you learn he selected more than 160 artworks for the project and had 130 pieces of furniture and lighting custom made (including items like his famous Papa Bear chair, an ultra-plush seat that is especially fitting in this setting). Then there’s the stunning fresco on the dome ceiling in the lobby, painted by artist Matthieu Cossé, a separate feat.

Can’t make it to the Alps? Bring the mountains to you. Here are three genius design ideas we’re stealing from this colorful respite:

Exposed-wood ceilings are masterpieces on their own, but who says you can’t have some fun with them? Small strips of wallpaper are barely noticeable at first, but the blue, red, and green scroll design helps tie all the other elements in the room together.

It might seem strange to put two dark colors next to each other, but Yovanovitch proves there can still be contrast as long as the materials are different enough. The grittiness of the stained black planks and smoothness of the blue wall in the hotel’s restaurant take the moodiness of the room up a notch—but thanks to the marigold velvet banquette, not too much.

Warm Up Stark Wood With Yellow

If there’s anything we’ve learned from his past projects, Yovanovitch never takes painting too seriously. One of his go-to tricks? Add a dash of color to a doorway. In this case, he spruced up an austere white and wood room by adding a pop of mustard yellow (the hue also makes an appearance on the abstract sconce). The cure to winter blues is as simple as a brush and a can.

See more stories like this:  This Day Is Basically Rush Hour for Last-Minute Hotel Bookings We Already Know Where Everyone Is Traveling in 2020 Prada’s Architect Transformed This 11th-Century Tuscan Watchtower Into a Dreamy Guesthouse