One Shade of Benjamin Moore Paint Brightened Up Every Inch of This L.A. Home

Halston’s Krysta Rodriguez says it’s the only color she uses. 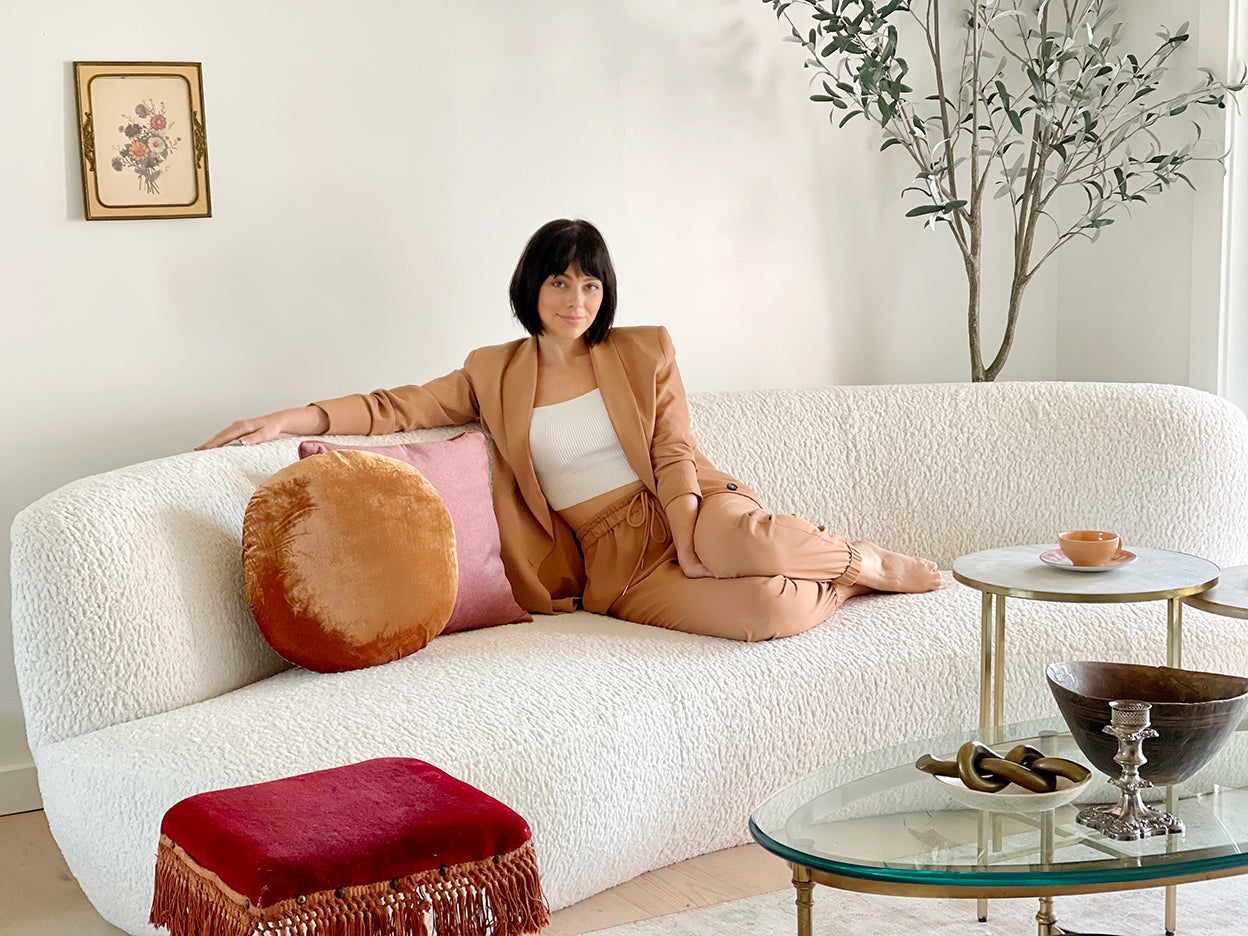 On the Netflix show Halston, Krysta Rodriguez plays Liza Minnelli, the muse and disco-hopping friend of famed fashion designer Halston. But in real life, Rodriguez has taken on a completely different role: interior designer. As the daughter of a real-estate agent and renovator, you could say it was always meant to be, but not since the COVID shutdowns did she have the time to throw herself into her side hustle, Curated by Krysta Rodriguez.

Last summer, as the world was still on pause, the actor took on a new client, the mother of her former voice teacher, who was in need of a brighter, more pared-down space in the home where she raised her family in Los Alamitos, California. And even as Rodriguez started filming Halston in the fall, she didn’t step down from her design gig. “I would be on set in my trailer FaceTiming with the contractor, deciding where things were going to go,” she says.

The result? A bright, clutter-free space that gives French countryside feels but with a modern spin. Here’s exactly how Rodriguez nailed the cottagey look for her client—all while keeping up with her day job, too.

To give the entire space a brighter feel, Rodriguez took two different approaches. The first involved adding 14-foot French doors to the living room. The second was much less reno-heavy: The entire space, from the bedroom to the bathroom to the fireplace, got a coat of Benjamin Moore’s Chantilly Lace. “It’s my favorite white paint,” Rodriguez gushes. “I used it in my house in New York, and since then it’s the only one I’ll use. There’s no gray; there’s no green; there’s no pink. It’s just a straight-up creamy white, and I love it.”

Rodriguez had been waiting for a chance to use zellige tile in a project (“It’s elevated but not formal,” she says), and here she doubled down by lining the entire shower in it and then using it again for the kitchen backsplash. Not only is it a smart way to stretch your materials, but having the same kind of tile reappear more than once in a home makes it feel cohesive.

Sure, marble is beautiful, but it’s also porous, so Rodriguez went with porcelain, which gives off a similar veiny look but is much more durable than the real deal. “[The client] was really adamant about wanting things that would last,” she says. And next to the iron barstools (a Facebook Marketplace find), the look is vintage and so 2021 all at once.

Even as Rodriguez’s acting career grows, she doesn’t see herself giving up on interiors anytime soon. “What drives me to design is the same thing I like about playing roles,” she says. “I used to fall in love with farmhouses and think: Oh, maybe I want to live on a farm. Then one of my friends pointed out, ‘You don’t want to live on a farm; you want to play a person who lives on a farm.’ And that’s exactly what it is. I want to play dress-up in a house that I made—and then leave it.”