Almost Everything in This Kitchen Reno Was Thrifted, Including the House

In Finland, even zellige tiles are on Craigslist. 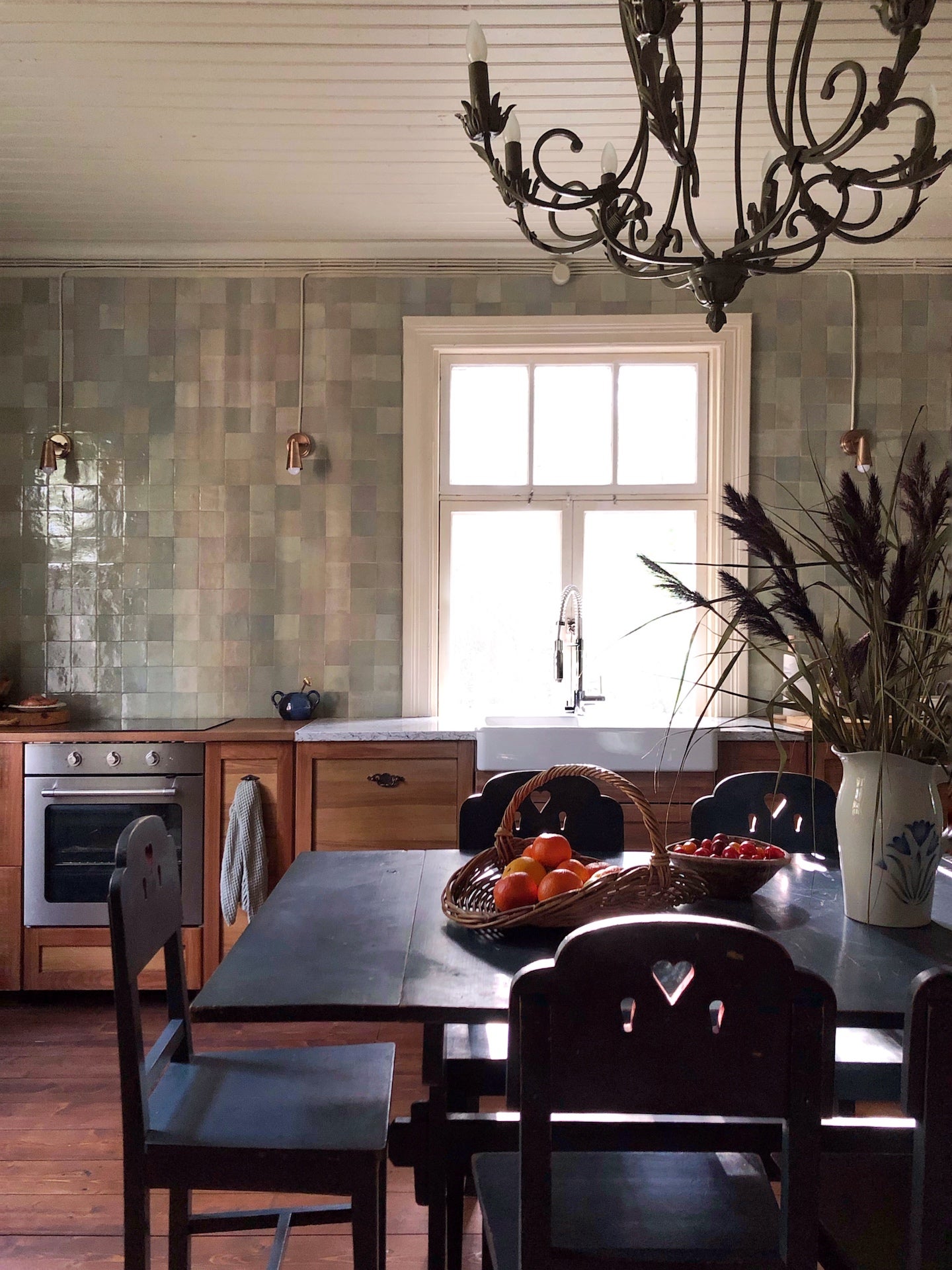 When interior designer Sofia Tuovinen and her mother purchased a 1926 log cabin in western Finland as a weekend escape in December 2020, they were the second family to ever make the space a home. The previous owner had built the structure from the ground up and lived there for the remainder of his life. Acquired in the 1960s by the Finnish Defense Forces, all of the charm of the cabin’s first 50 years was covered over in order to make a functional space for soldiers to eat. Wanting to reinstate the home’s former glory and character, Tuovinen set out to uncover the cabin’s bones, starting with the kitchen.

She was operating on a tight budget, and the idea of splurging on any one element was out of the question—so much so that she even found the house on an online marketplace. The trickiest part, however, was finding a way to stay true to the era of the build without making the whole space feel like an antiques store. “We had no way to know what it looked like originally, but we still wanted to honor the past,”explains Tuovinen.

The one element that was nonnegotiable was Tuovinen’s dream countertop. She chose two oak butcher blocks with a white quartz slab in the middle, complete with brass inlays in between the materials. “The asymmetricality was the perfect amount of weird,” she says.

To match the existing cabinets, Tuovinen purchased IKEA models with the intention of color matching. “I was researching how to stain them, and everything I saw said not to even try,” she elaborates. Not swayed by the negative reviews, she persisted, and the outcome was exactly what she wanted. She added molding taken from the existing pantry and a bit of drywall to fill in the gaps and…voilà! IKEA storage became custom built-ins.

The sage zellige tile was a thrifted find as well. In place of upper cabinets, the glossy stone covers the main wall from the counters to the ceiling. Other elements, including the table set and the chandelier (which was originally black and spray-painted to match the wall paint), were found at hotel flea markets. “I wanted to balance the simplicity with things that were a bit more decorative,” says Tuovinen.

The entire process was one big learning curve. Having always outsourced the renovation part of the process when working with her clients, Tuovinen’s curiosity about what she would find outweighed any hesitation. Each panel of army-installed chipboard Tuovinen removed increased her drive to uncover more about the home’s history. “We found the original pink and purple floral wallpaper from the ’20s, and the layer on top of that was a beige pattern from the ’40s,” she says. “It was like a treasure hunt.”