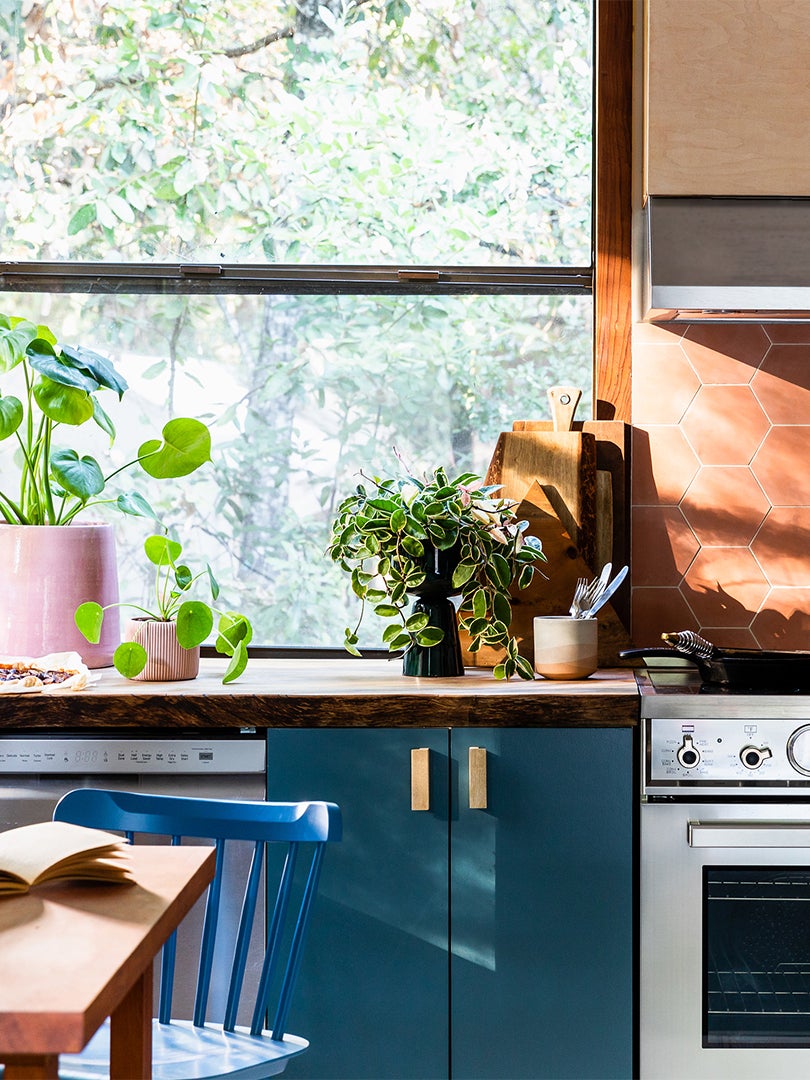 Most prospective buyers spend months touring homes and narrowing down their wish list, but when photographer Erin Kunkel and her husband, Danny, a woodworker, decided to purchase a woodsy getaway in Northern California, they only toured one. “We were camping at the time this listing popped up, but the agent told us it was a hovel and we shouldn’t bother. We drove by anyway, and right away we could see that it was magical,” says Erin.

The home in question, a tiny 1940s fishing cabin with a main structure added in the 1960s, was far from move-in ready. Not to mention the land functions as a protected ecosystem for a species of local beetle, so they wouldn’t be able to expand on the property’s current footprint. Yet the Kunkels weren’t worried. “We’ve built a straw bale house together, and our San Francisco home was falling down when we bought it. My husband’s a builder; I studied sustainability and design—we love a project,” says Erin. Despite being no strangers to renovating, the couple had their work cut out for them.

In order to savor that sense of retreat they wanted the property to encompass, they didn’t rush. “It’s hard in any project to not be excited and want to immediately jump in. That being said, we also wanted to see how the light moved through the space and how we lived there before making any major decisions,” says Erin.

Sometimes allowing a pause can change your initial vision. Erin and Danny had planned on living in the main cabin at first, before realizing it got way too cold in the winter. Erin explains, “The smaller cabin had a subfloor, which made the whole place warmer, and we also realized it was all the space we needed.”

Start With the Big Stuff 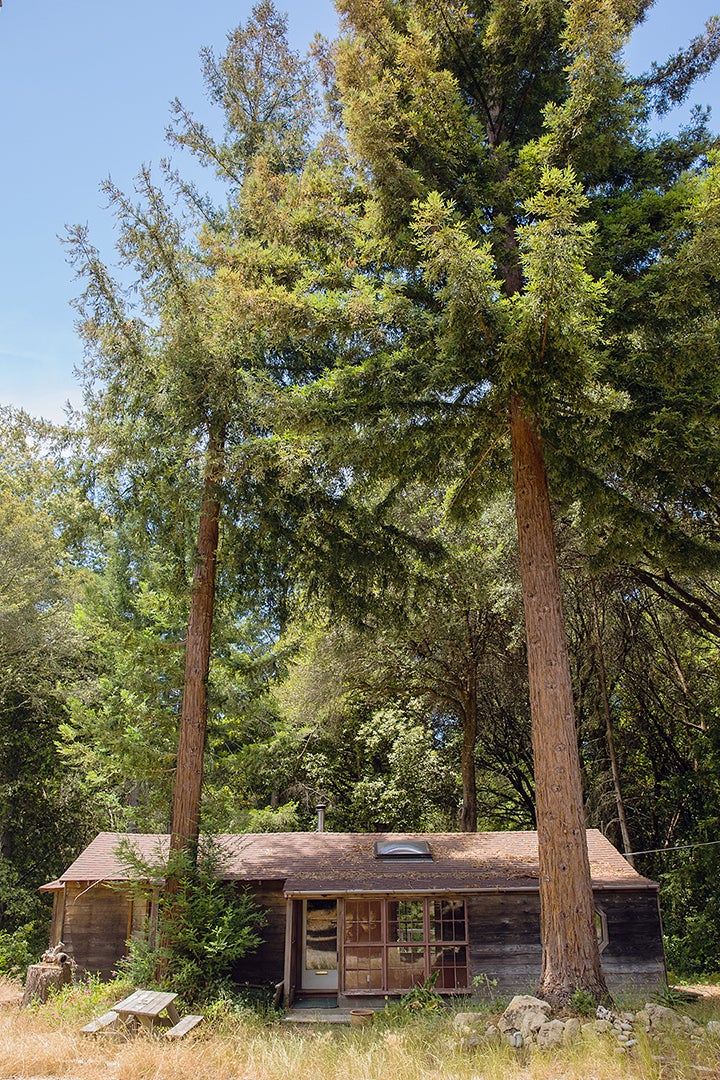 They got to work on the structural issues of the fishing cabin, or what the owners dubbed the “little house,” immediately—it needed an entirely new foundation. Sounds like no easy feat, but because of its single story and open-layout construction, Danny was able to jack it up and pour the concrete directly underneath the existing structure (almost exactly as you would replace a flat tire).

Luckily the interior was in pretty good shape, so the couple stuck to simple updates in the bathroom and kitchen, mainly new tile, appliances, and lots of paint. “We decided to keep all the existing wood and just whitewash it. It toned down the different hues while keeping that sense of character,” explains Erin.

The larger cabin—part workshop, part guest quarters—was the more intimidating of the two renovations. “The most challenging part of this whole thing, logistically, was the existing staircase,” recalls Erin. The original owners had done a lot of haphazard projects, that being one of them. The stairwell clearly came from a completely different home, and it was smack-dab in the middle of the entry.

“You would walk in the door and be face-to-face with the stairs. You had to move around them in order to really be a part of the space,” explains Erin. The rest of the cottage’s transformation was held up by having to reengineer the shape and slope from scratch. The new stairs, made from the old structure’s wood, now hug the wall rather than jut out. 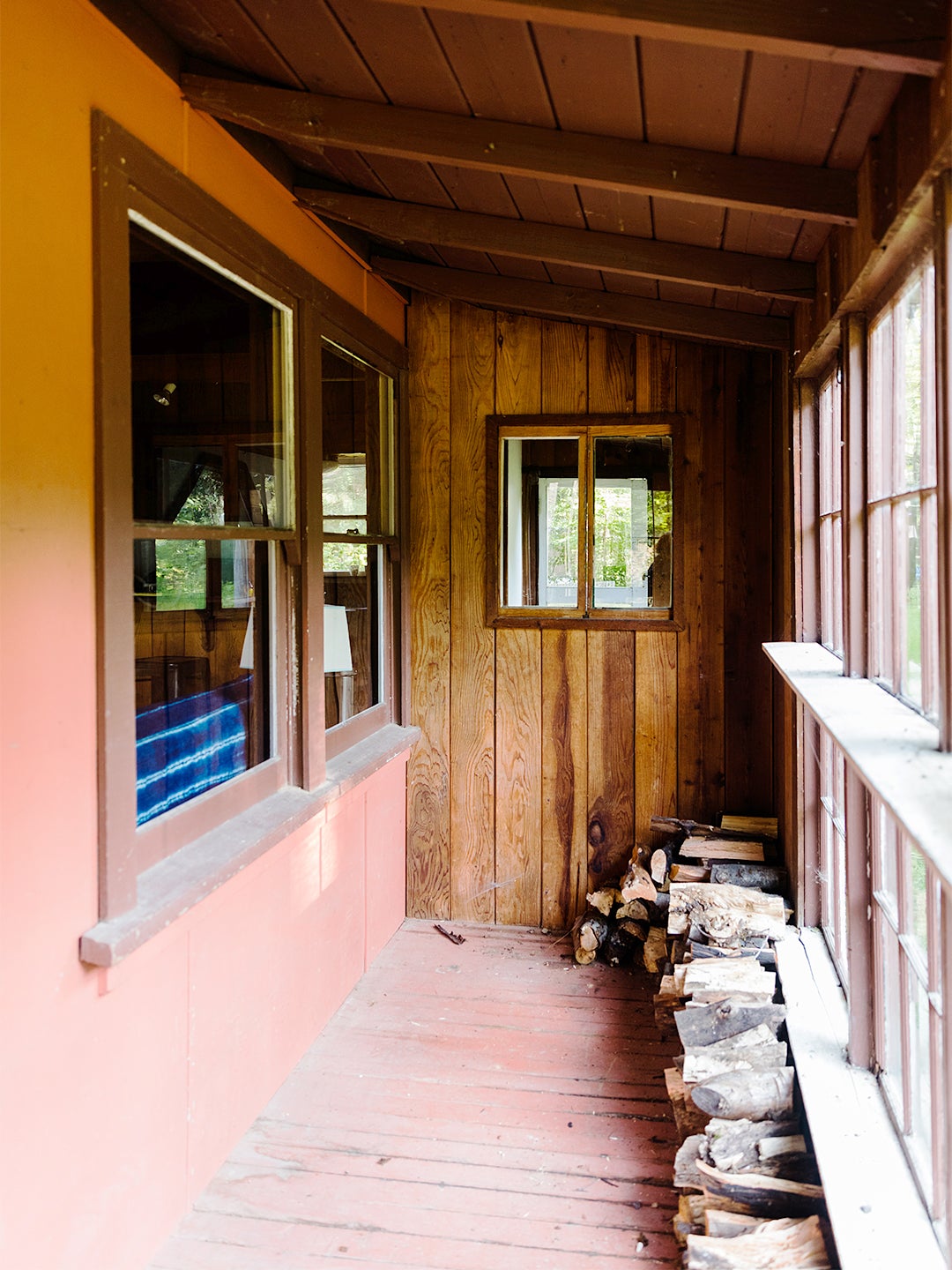 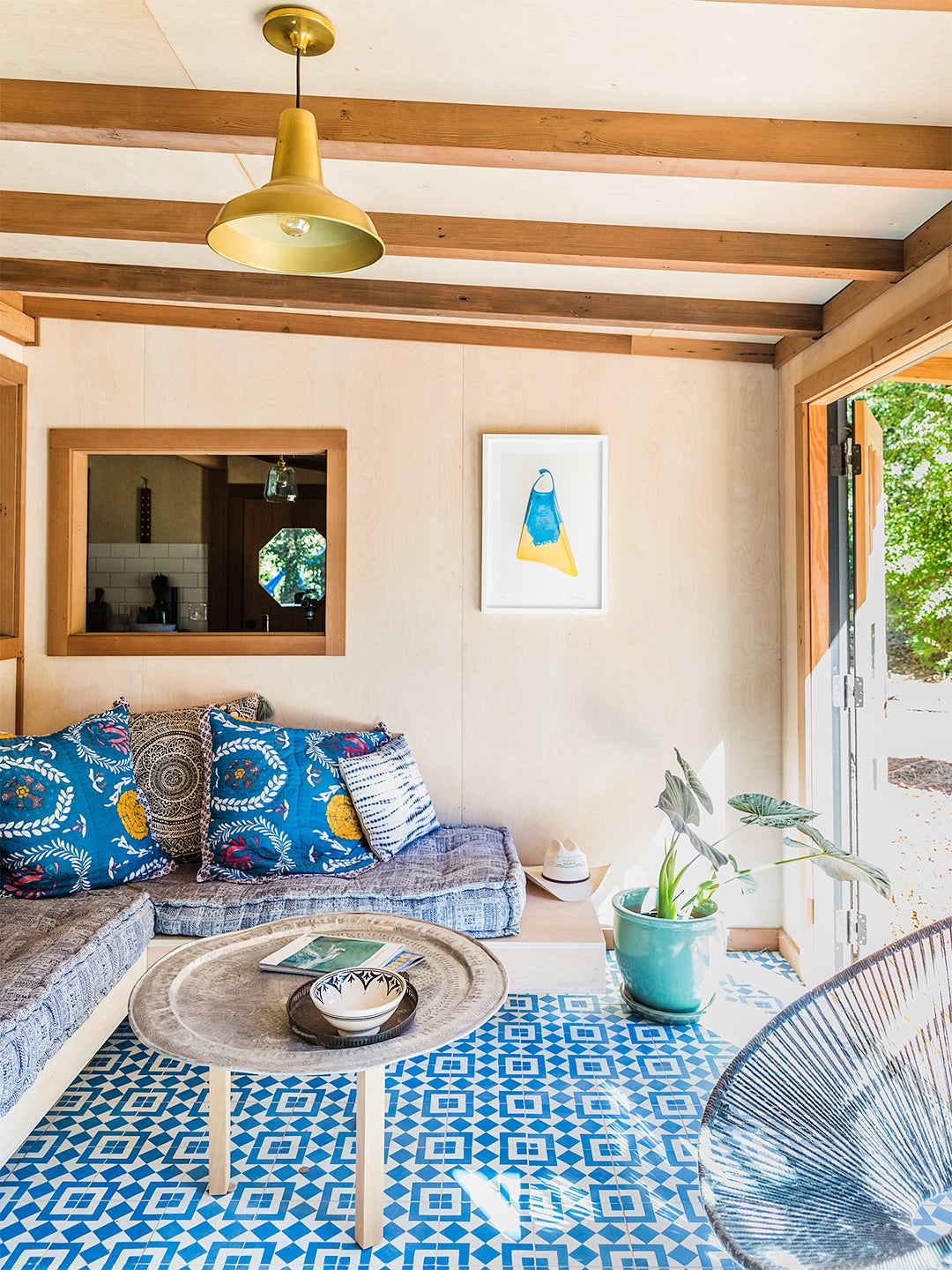 Even when your husband is an incredibly precise contractor, there are always some materials left over. The couple saved money on this remodel by repurposing blue tile (for the bathroom floor) and scrap wood (for everything from doors to decking) from their San Francisco house. Erin explains, “Using scrap materials allowed us to upgrade the home while maintaining the original charm and sense of character.”

Knowing this would be a lifelong family nest allowed them a lot more freedom. “If you’re not planning on leaving, you choose to do the things that work best for you. That has really worked well for us,” says Erin.