Jil Sander Wants You to Match Your Furniture to the Floors

The brand’s new pop-up is HQ for design inspo. 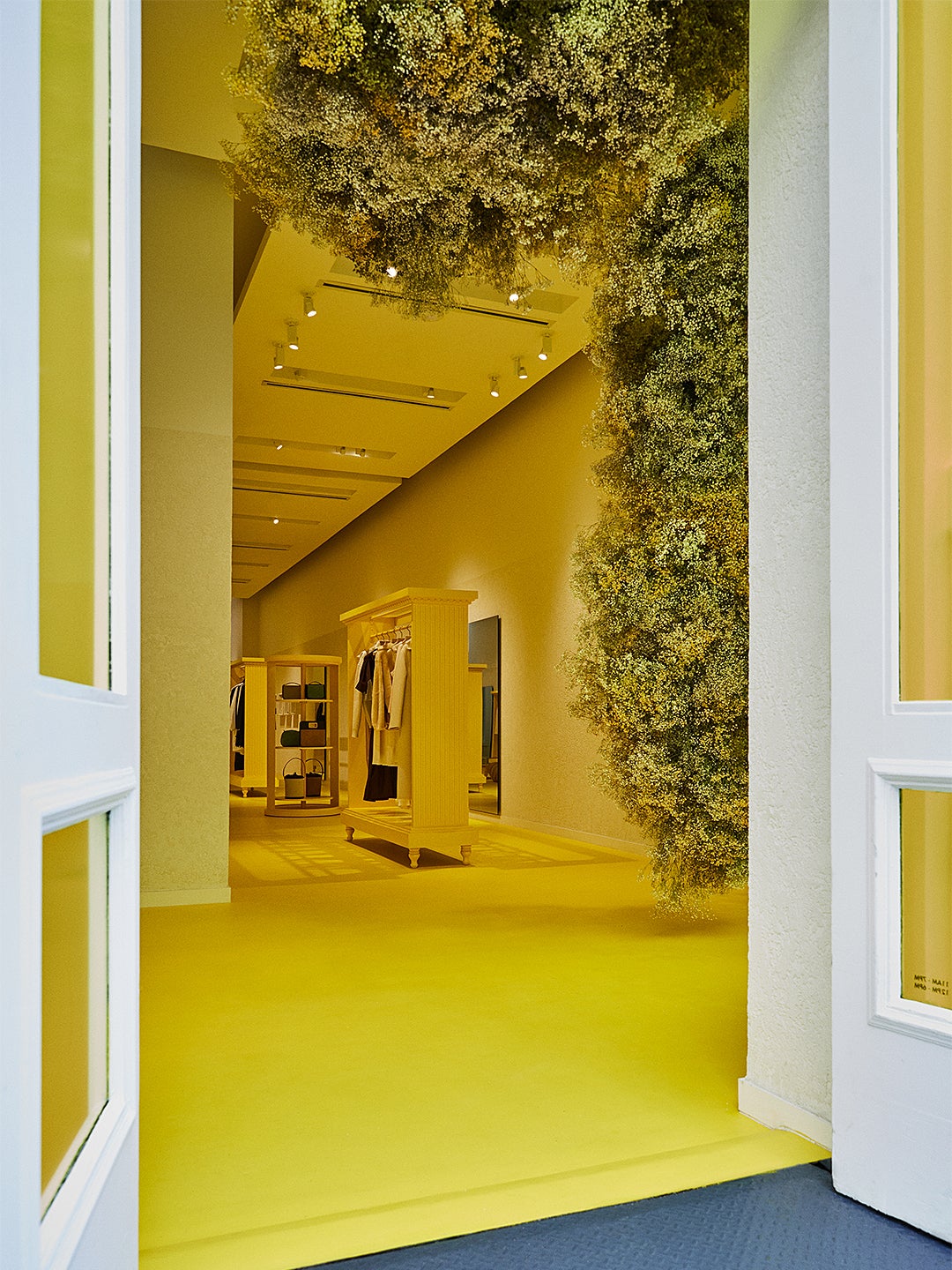 Every piece of Jil Sander clothing is streamlined and expertly crafted, so it’s no surprise that the brand’s new Manhattan pop-up shop is the same. However, instead of the company’s signature neutrals, the retail space is swathed in a fluorescent yellow (our bets are on Babouche by Farrow & Ball), meant to unify each display. The everywhere shade is just one design idea we’re stealing from the store.

Paint everything yellow…except the walls. The shop’s flooring, display shelving, upholstery, and even windows are all cloaked in the same sunshiny hue. By focusing the color on the lower third of the space, the eye naturally goes upward, but most important, it allows the earth-toned garments to stand out.

Despite yellow being the warmest of shades, having a singular finish everywhere would have felt stark. To combat any potential coldness, the Jil Sander team took to the walls with plaster, which adds a subtle texture.

Retail locations are meant to have products on display, but why can’t you do the same at home? Shadow boxes painted the same shade as the walls turn purses into small works of art.