Three ingredients and oh so delicious. 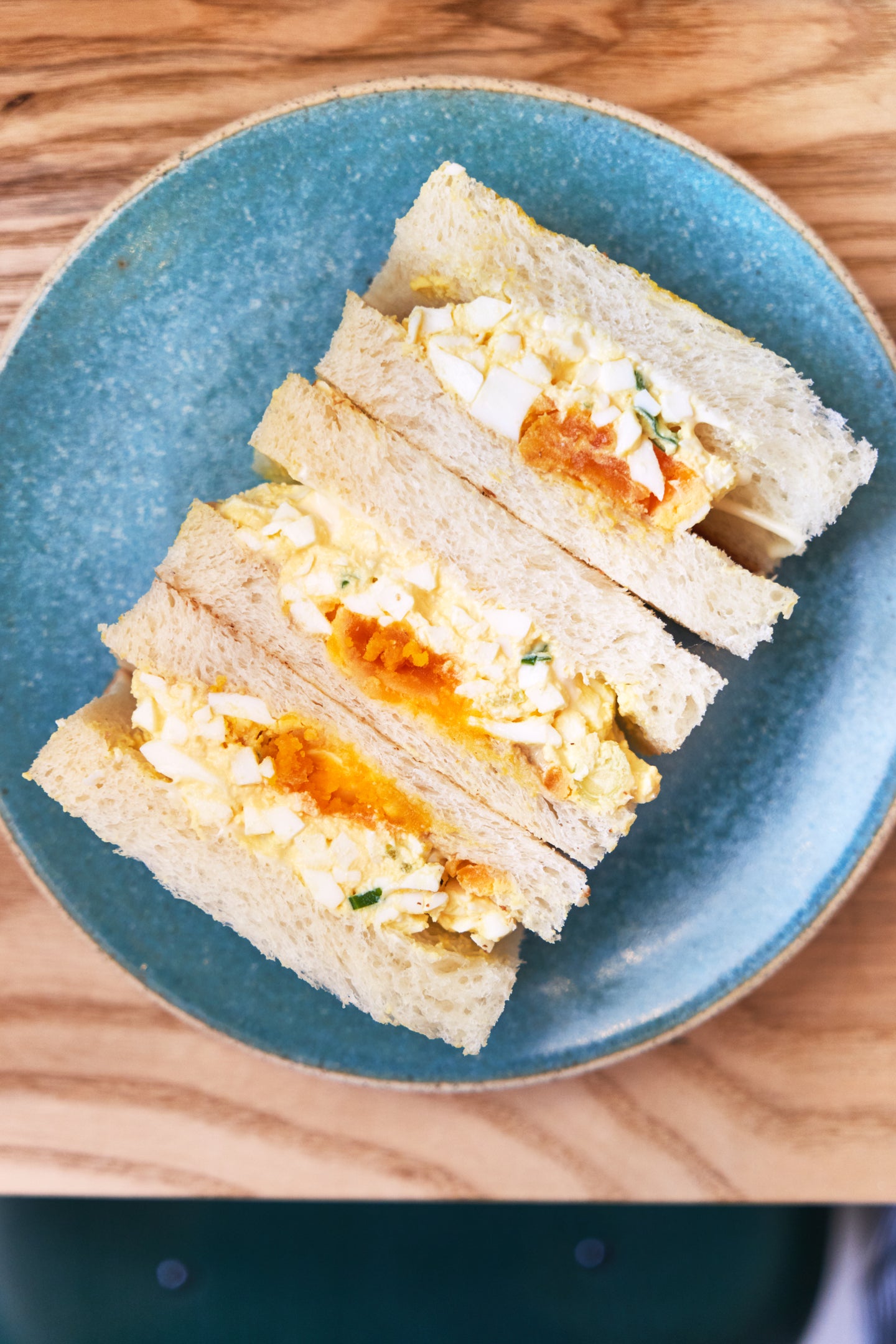 Last spring, I took a memorable trip to Tokyo that was admittedly fueled by a selfish and insatiable desire to consume my body weight in fresh fish, tempura, and yakitori. What I didn’t expect was to be overwhelmed by the abundance of culinary treats available at my disposal. Don’t get me wrong—that’s not a complaint.

The core of Japanese cuisine revolves around simplicity. Rather than inundating and manipulating ingredients beyond recognition, it’s all about appreciating the unique characteristics of each flavor—a parallel one can easily draw to Japanese design. But that’s neither here nor there.

My first experience with this style was rather unexpected, as it came about in the form of an egg sandwich, also known as Tamago Sando, from 7-Eleven, yep, the one and the same. Now, for someone whose idea of an egg sandwich involves a hearty bagel, bacon, and globs of cheddar cheese, I was a bit skeptical, to say the least.

Rather than inundating you with the minute details of the culinary revelation that ensued, I’ll just say this: The sandwich not only managed to exceed my expectations but it validated the importance of simplicity. We’re talking three ingredients and barely any cooking or prep time simplicity. Allow me to break it down for you.

What exactly is in Tamago Sando?

While the traditional version features hard-boiled eggs mixed with mayo, newer iterations have come to feature the addition of two soft-boiled eggs—namely the version from LA eatery Konbi, which has rightfully become the purveyor of the now-Insta-famous egg sandwich.

When it comes to the halved eggs inside, a jammy version is key. The softer and yolkier they are, the better your sandwich will be. Trust me on this one.

Traditional mayo, sourced from the states, is often composed of whole eggs. Kewpie mayo utilizes just the egg yolk plus rice vinegar, which results in a creamier and more flavorful spread. Oh, and don’t forget the MSG. Controversial, but it’s essential for the umami effect.

The beauty of the sandwich is that you can play around with the proportions to your taste. The ratio of eggs to mayo can be anywhere from 1:1 to 1:2. Go crazy.

Actually, it’s called shokupan and it’s not your average white bread. Shokupan is a milk bread most appropriately equated to a cloud-like substance that’s buttery and sweet.

This is how you can make it from scratch.

How to make it: Egg sandwiches for two

Boil your eggs to your desired consistency—here’s a handy guide. To achieve a jammy consistency, add two eggs to a pot and cover with cold water. Sprinkle each egg with a pinch of salt and bring the water to a boil over medium heat. Let the eggs boil for 4.5 minutes before removing the pot from the heat and placing it under cold running water. This will further halt the cooking process. Peel the eggs, slice them in half horizontally, and set aside.

For the regular filling, follow the recipe above, but let the eggs cook for three extra minutes so that they’re hard-boiled.

Once the hardboiled eggs are peeled, chop them up (alternatively, you may use a fork to finely dice them) and mix with two tablespoons of the Kewpie mayo. Add salt to taste.

I like to add a pinch of paprika and a teaspoon of Dijon mustard to mine because, hey, I can and because it gives the eggs a little touch of spice. Feeling extra adventurous? Finely chop up some tarragon leaves for a refreshing note.

Spread the mayo-egg filling on the bread slices, add in the halved jammy eggs and relish in its decadent deliciousness. It’s as easy as that.