When This Creative Found a Spanish-Revival Rental, All Plans of Downsizing Went Out the Window

Art Deco arches will do that to you. 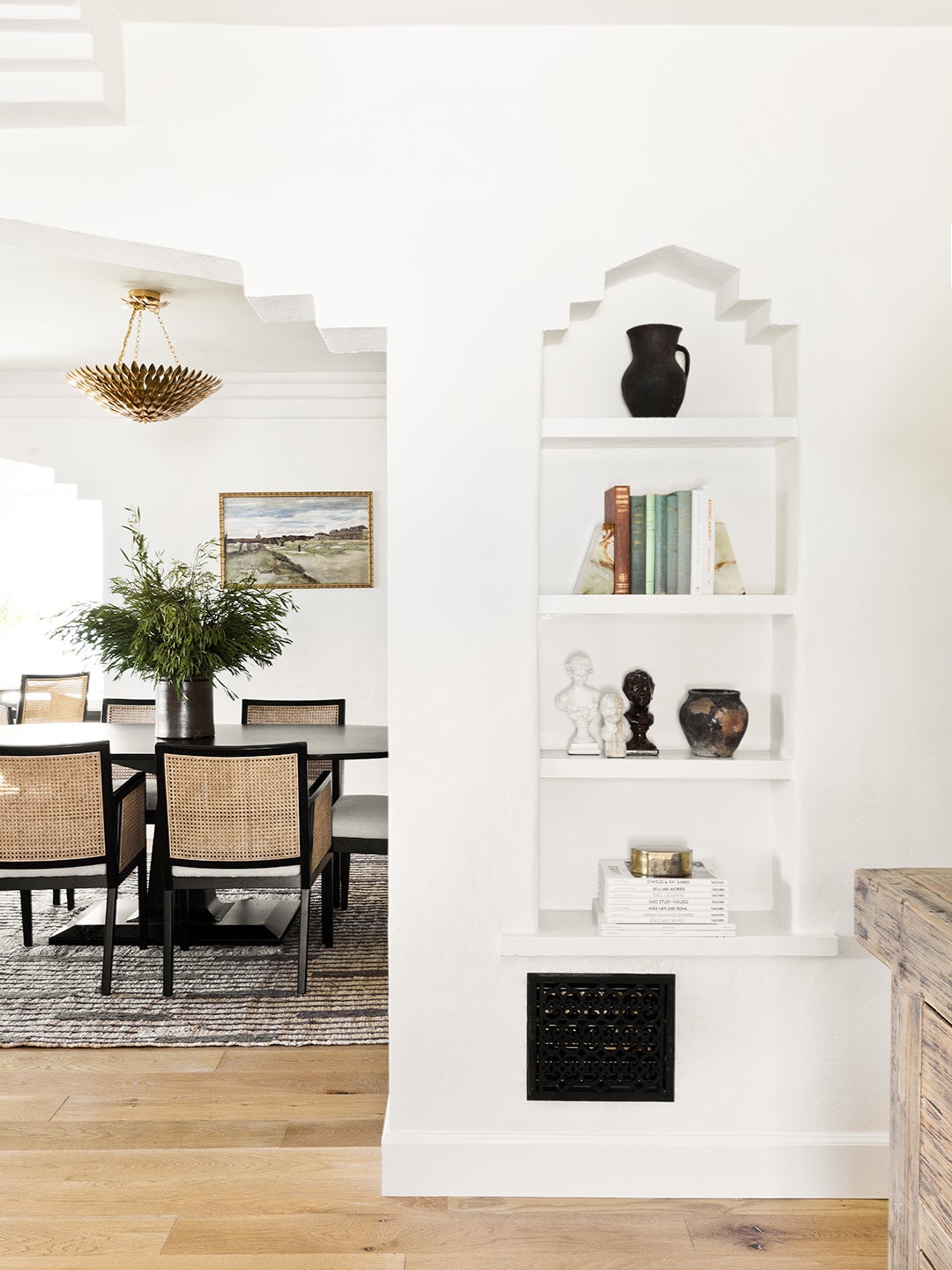 Janea Brown was insistent on downsizing for her move from Brooklyn to Los Angeles. Or at least sticking with the same amount of space as her Bushwick one-bedroom apartment. “I’m one person; I don’t need an entire house,” says the creative behind @jnaydaily. But one very early morning—2 a.m., to be exact—her plan went out the window. The content creator had spotted the ideal single-family, two-bedroom home in West Hollywood. Marble countertops in the kitchen, oak hardwood floors—the property was a far cry from the laminate tile and beige walls most renters are used to inheriting.

The owner, Chaele Cooper, had gut renovated the circa-1932 Spanish Revival thinking she would be the one to care for it for decades to come. Then the pandemic hit, and Cooper and her husband realized that their two-hour work commute to Burbank could be a thing of the past, so they decided to list the home as a rental and move to their beach-adjacent digs in Venice (another rental property whose tenants had fled north). “I was more nervous than when I decided to knock out the kitchen wall,” Cooper says of the search for the right tenant. Finding someone who would care for her beloved breakfast nook and built-in bookcases as if they were their own took time, but the minute Brown applied, Cooper knew she’d met the one: “She was someone who would be a custodian of the home.”

For Brown, the home’s Mediterranean roots was the catalyst for trying on a more eclectic decor style. As she settled in with her best friend–turned–roommate, she found herself choosing vintage rugs and olive branches in favor of her usual trailing pothos vines and quippy-phrase posters. You could say the rental is where Brown’s tastes grew up—in part due to the pandemic but also thanks to the creative freedom. “I’ve had roommates before that were very involved in the design process, causing a lot of compromise,” she explains. “But this time I have total control.” (Just one perk of sharing your space with a pal who gets you.)

Even as she gets ready to move out this summer, Brown is still treating the place as a practice ground. “I was looking to experiment in order to find my forever pieces,” she explains, by which she means “furniture I won’t want to swap out every six months.” Certain items, like her mustard wingback chairs from Maiden Home, were instant keepers. But her antique dresser and slipcovered bed, a McGee & Co. piece, were late-in-the-game purchases. “I feel like I just got my bedroom where I want it, and now I have to take it apart again,” she says, laughing. Swapping things in and out is especially tempting when the backdrop is go-with-anything white walls dressed up with old-world molding.

Across the hall in the living room, another blank slate, Brown found her groove quickly. “It started with the sofas,” she says, which took months of searching online to uncover. The cream Lulu and Georgia two-seaters, also slipcovered, are the dream aesthetic combo of both laid-back but put-together (although Brown doesn’t love how much fluffing they require after a Real Housewives binge). A vintage rug from Etsy protects Cooper’s beloved floors from her frequent rearranging missions, while the vintage brass sconces provide the ultimate moody game night lighting.

Despite the kitchen and bathroom already being in pristine condition—Cooper ensured there were plenty of cupboards to hide the ugly stuff (even a dedicated appliance cabinet), and there’s the added luxury of soft-close drawers—Brown brought in a few additions to make the spaces feel like her own, albeit temporarily.

A vintage wood stool next to the bathtub makes setting down her latest read simple, and the open kitchen shelves got Brown’s signature styling treatment with decanted cooking essentials and rustic serving boards ready for a charcuterie spread.

Brown may be bidding the spot adieu—she really is downsizing this time so she can afford to live on her own—but both she and Cooper had their hesitations. “What other tenant is going to care for the features the way Janea has?” Cooper wonders. Brown will miss the abundance of storage and notched archways. But while those have to stay put, Brown’s freshly refined style is carrying over to her next place. And it’s the Spanish Revival where, Brown says, “I cracked the code on what I love to be surrounded by.” 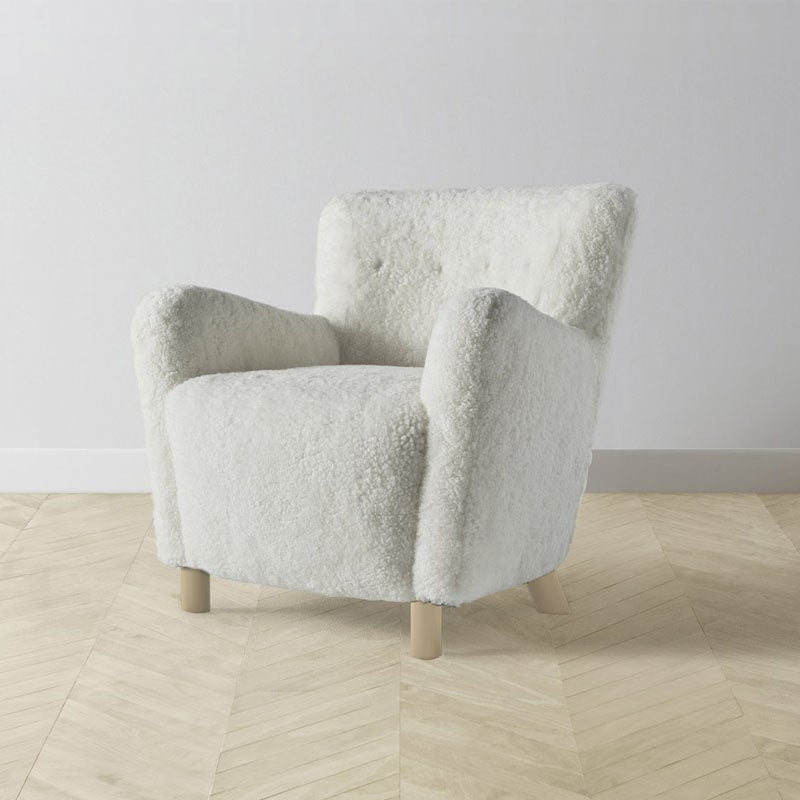 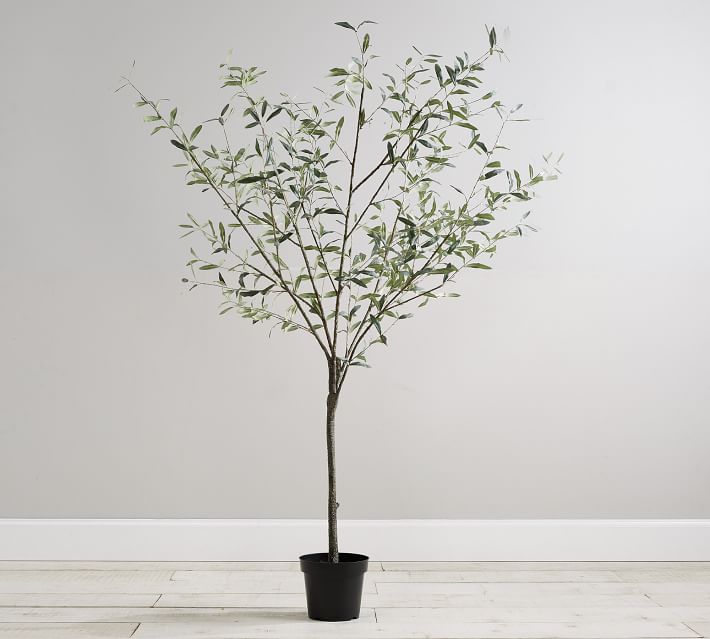 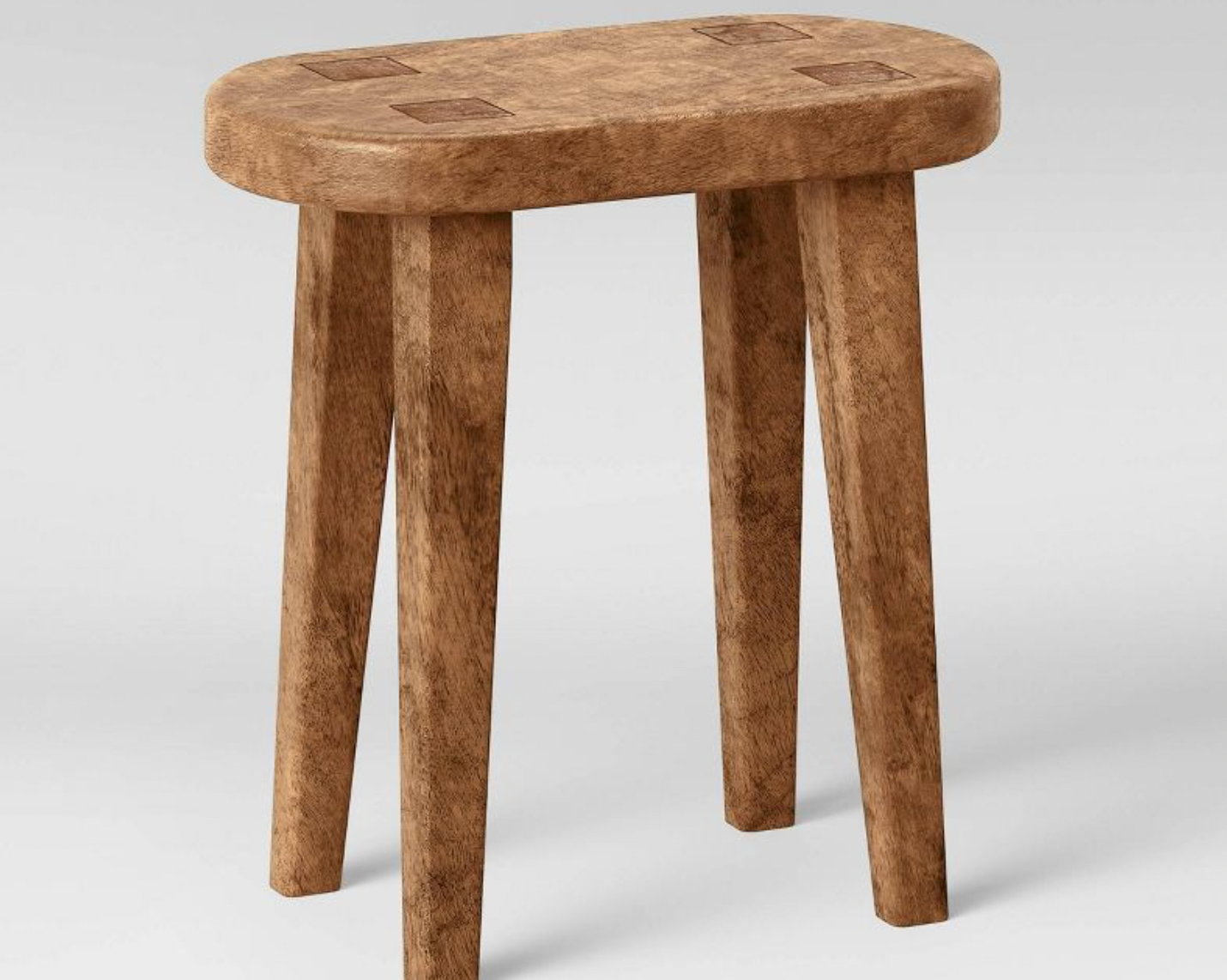