Inside an Upstate Oasis Inspired by the Swedish Countryside 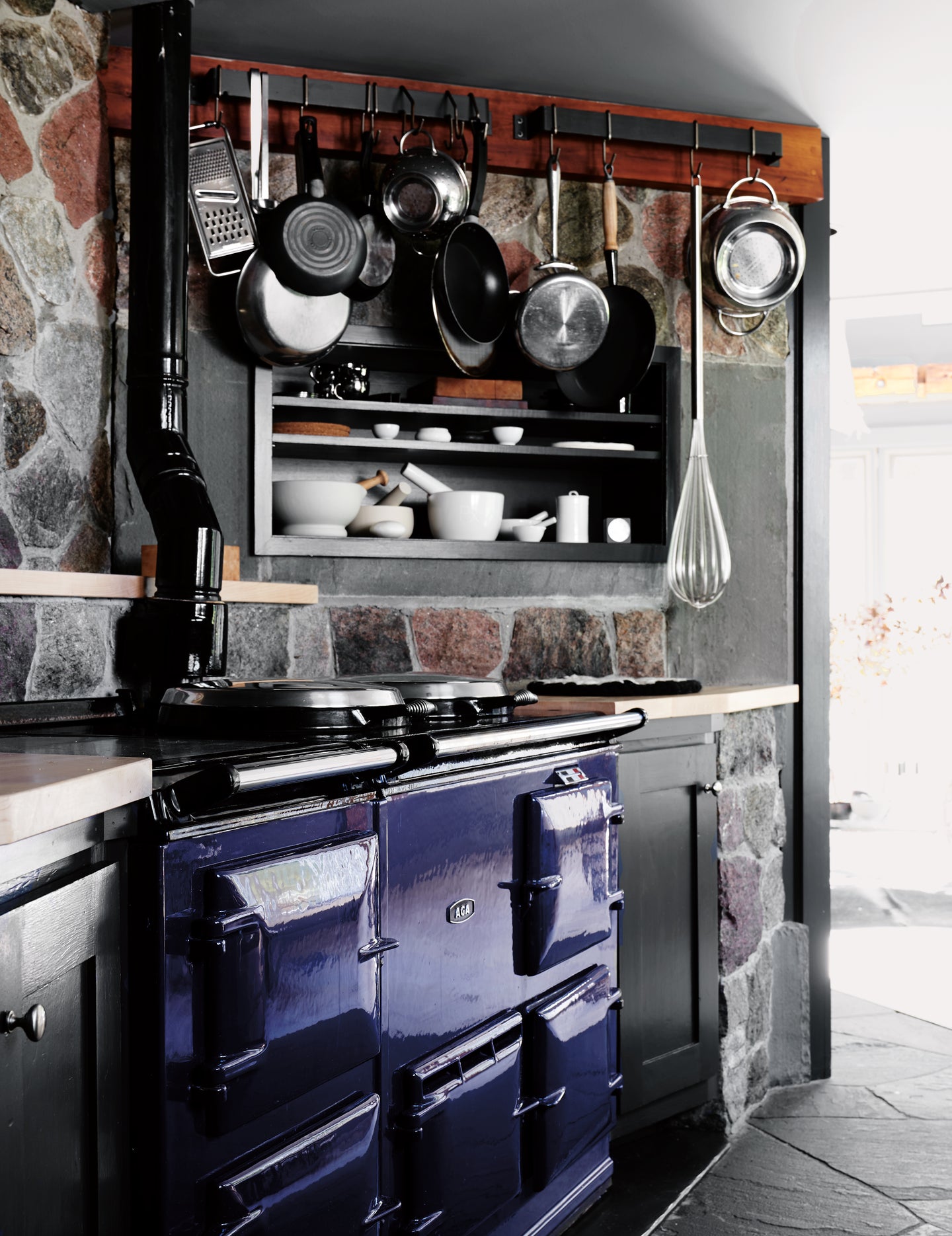 The odyssey began with a trip through Sweden. Paul Bennett, chief creative officer of design and consulting firm IDEO, and his partner, Jim Cooper, a writer and photographer, were traveling in Scandinavia last year, admiring the vast green pastures peppered with starkly beautiful farms, when they had an epiphany. They wanted a barn. For 12 years, they had spent their leisure time in Montauk, New York, living in an angular beach house lovingly christened the Death Star, due to its sooty shade of exterior paint. Suddenly, they were craving a sense of country calm, and the impulse to trade in the windswept dunes (and increasingly scene-y scene) of eastern Long Island for a wide expanse of land and a different kind of dark house was strong. When they returned home, a sign from the universe arrived in the form of junk mail.

“I’ve been receiving a newsletter from a Berkshires real-estate lady for 15 years,” says Bennett, admitting that he never looked at it twice. But the ﬂyer that arrived post–Nordic vacation had an idyllic farm on the cover, with the headline “Big Red Barn.” Bennett couldn’t ignore the timing. “The house called us. We didn’t call the house,” he says. “Something appeared in the path that felt right.”

The couple drove up to East Chatham, New York, and bought the property immediately. Then a queasy kind of feeling—a mix of shock and elation—settled in. They were the new owners of a charming but outdated farmhouse and a 10,000-square-foot cattle barn. “We thought, Oh, God, we did this really daft thing, which is awful and amazing,” Bennett says, laughing.

During their first walk-through with their contractor, who was concerned about the boiler, the hot-water system, and the basement, Bennett and Cooper were only interested in talking about their palette of four cool gray shades from Farrow & Ball. “He nearly went mad,” says Bennett. “All we wanted was light windows and dark walls.”

By removing anything unnecessary from the house, stripping the ﬂoors, using the simplest tile and the best-quality wood, they created a clean backdrop for their impressive collection of art and found objects, which they also pared down in the moving process. “It was like archaeology,” Bennett says. “We threw out dumpsters full of stuff, and we’re finally surrounded by only what we love. There’s something about having purged down to the right things. A sense of stillness comes around. That’s been really nice.”

What remains is well curated and spectacular. A sculptural origami screen bought on eBay in Tokyo sits in a picture window in the living room. A custom-made chair from Iceland, which was a 50th birthday present from Cooper to Bennett, fills a corner of the second-ﬂoor landing. Most of the art on the walls, both paintings and textiles, is from Bennett’s own hand. “The post-ironic macramé is all mine,” he says. “I was this nerdy kid, and I was into crafts. I decided to remake it in a luxe form, so this house is sort of my personal art gallery.”

Some new-old finds, like a vintage Amish butcher’s table in the dining room and a cabinet from a Detroit barbershop that’s now filled with sweaters, feel like they’ve always been there. The focal point of the house, and the first thing the couple unpacked, is a collection of white porcelain that fills long, wall-mounted shelves. Bennett calls it a “travelogue in ceramic form” because they’ve amassed various objects, which range from a $2,000 art piece to a vase from West Elm, from all over the globe, and each one tells a story. “People say you can’t have a big dog and a ceramics collection,” says Bennett, referring to another new acquisition, a Great Dane named Top, who moved in with them. “Well, yes, you can. We do.”

Funnily enough, the barn remains untouched. They decided to enjoy at least one winter in their new home, which is now their full-time residence when they’re not on the road for work, before they tackle the massive project. Bennett is conjuring a magical “Rick Owens store meets Icelandic agricultural” plan, where the cow stalls remain visible through a wall of glass. For now, they’re just watching the owls ﬂy in and out and enjoying the scent of hay.

“It smells like every childhood summertime fantasy,” Bennett says. “We’ve never spent this much time at home, walking around doing nothing.”

This story originally appeared in the Winter 2018 issue of Domino, titled “Paint It Black.” Subscribe to be the first to receive each issue.