Inside a Soulful NYC Home With a Knockout Art Collection

In this Manhattan apartment, a monochromatic palette sets the ultimate canvas. 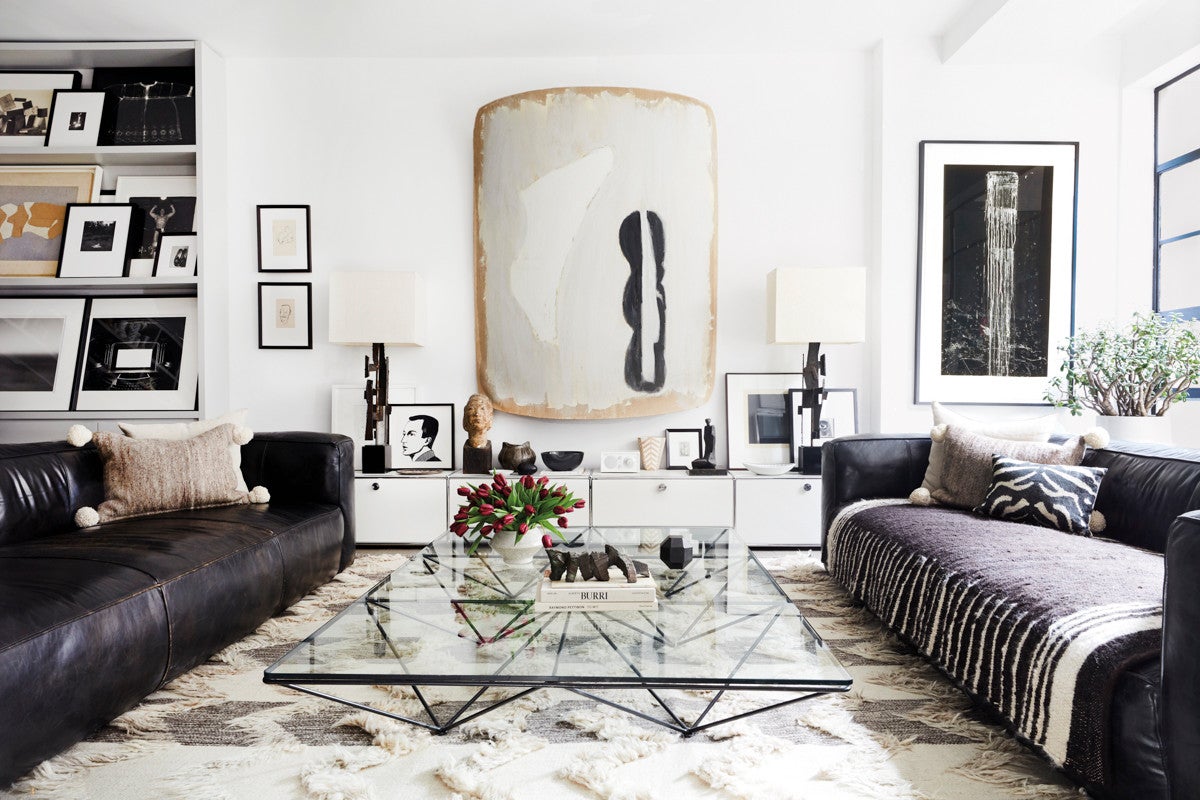 For many, the West Village is a prime spot for people-watching. But for lifelong New Yorker and production designer Maria Santana, who studied at nearby Parsons School of Design, the neighborhood has a more personal allure: “It’s where I lived as a young single woman, and I’ve always loved it.”

In 2002, when she spotted a newspaper ad for a one-bedroom apartment in the Butterﬁeld House, a modernist doorman building on West 12th Street, Santana knew that she and her partner, photographer David Prince, had found their next home. “It just felt like such a lucky score,” she says.

The couple’s serendipity may come from an expertly trained eye—which both have honed for more than two decades in their creative professions. As a production designer of print campaigns for the likes of Kate Spade and Stuart Weitzman, Santana whips up entire worlds from scratch to bring a designer’s vision to life. Her ﬁeld trips to ﬂea markets, antiques shops, and galleries have settled into the home in the form of vintage curios, rare treasures, and standout art.

For Prince, who counts luxury brands such as Tiffany & Co. and Ralph Lauren Home as clients, photographing these items—a porcelain cup embossed with sailboats or a bronze horse ﬁgurine—is a way to examine them anew. “I buy things to take pictures more than anything,” he says, “and with the intention of looking at them differently.”

Their soulful apartment, which overlooks a landscaped garden on the ground ﬂoor, reﬂects a life spent collecting and cherishing beautiful objects. Although the pieces cover a spectrum of styles and eras—the New York School, minimalism, Abstract Expressionism, and 1970s interior design—they are uniﬁed by an almost exclusively black-and-white palette.

“I ﬁnd neutrals very calming,” explains Santana, who also gravitates toward natural textures. The zen-like restraint of keeping to monochromes prevents the home from looking too cluttered or becoming overstimulating, while still allowing Santana and Prince to layer in new additions.

A recent renovation in 2014 enabled them to integrate their prized pieces even more seamlessly. “I wanted to ﬁgure out how to make everything work and create a very precise space for the art,” Santana explains.

In the airy living room, a shield-shaped painting by New York artist Ron Gorchov takes pride of place above a low-slung USM console, where a smattering of Prince’s ﬂea market pottery ﬁnds, a black Elsa Peretti bowl, and Homage to the Square by Josef Albers create a thoughtful vignette. The minimalist color scheme of the Gorchov resonated with a young Santana, who long admired it at an antiques mall she used to frequent on West 25th Street.

“It was the ﬁrst real piece of art I ever purchased,” she says proudly, though she wasn’t aware of Gorchov’s signiﬁcance at the time. (Her love of spare palettes may have started there, though Santana credits Ward Bennett’s studio apartment at the Dakota—a haven of earthy beige tones and wide-open spaces—as well as the work of Sol LeWitt with informing her decorating choices.)

The recently remodeled kitchen boasts works on paper by Robert Motherwell, Fernand Léger, and Louise Nevelson. At the dining table, beneath a black Serge Mouille chandelier, a cluster of woven chairs by George Nakashima surrounds a collection of decorative Venini and Holmegaard glass vases, each catching the pale spring light that streams in through the windows.

The residence itself is a reﬂection of the landscape: In 1963, a year after the building was completed, the architecture ﬁrm of Mayer, Whittlesey & Glass received an award from the Municipal Art Society of New York for seamlessly integrating the structure into the surroundings by using bay windows and a special brown brick resembling the neighboring historic brownstones. Over the years, it has drawn its share of creatives, such as the late poet Stanley Kurtz, who were lured by the architecture and proximity to bohemian Greenwich Village.

“I like things that, if you love them, are going to last and age,” says Santana of the couple’s well-patinaed collections—and, perhaps, of the storied building they call home.

Shopping Secrets of a Production Designer

Though she leaves her computer less often to shop for props these days, Santana still enjoys the thrill of the hunt. However, she and Prince never set out with something speciﬁc in mind. “There’s an element of magic to ﬁnding things,” says Santana. 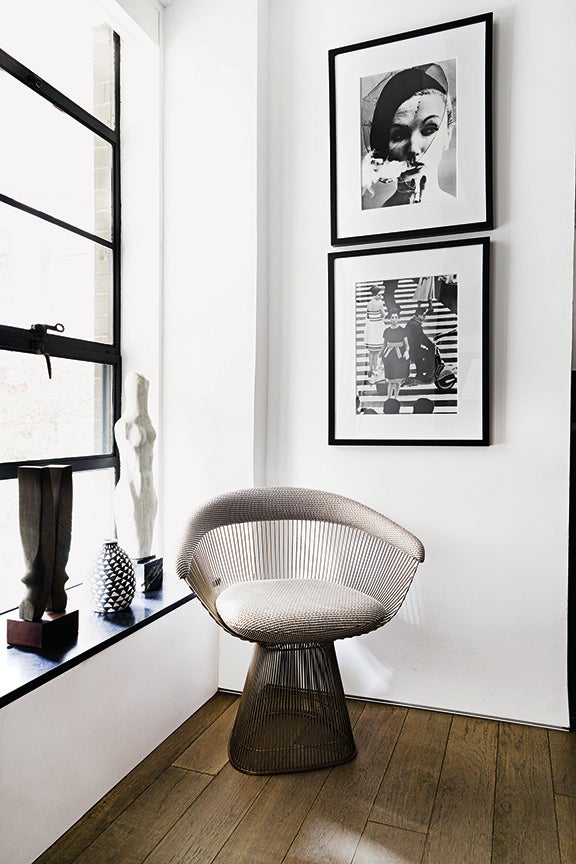 Here are their favorite haunts:

Antiekcentrum, Amsterdam. Take in the stylish bric-a-brac from more than 55 dealers at this Dutch antiques market.

This story originally appeared in the spring 2018 issue with the headline “A Clean Slate.”