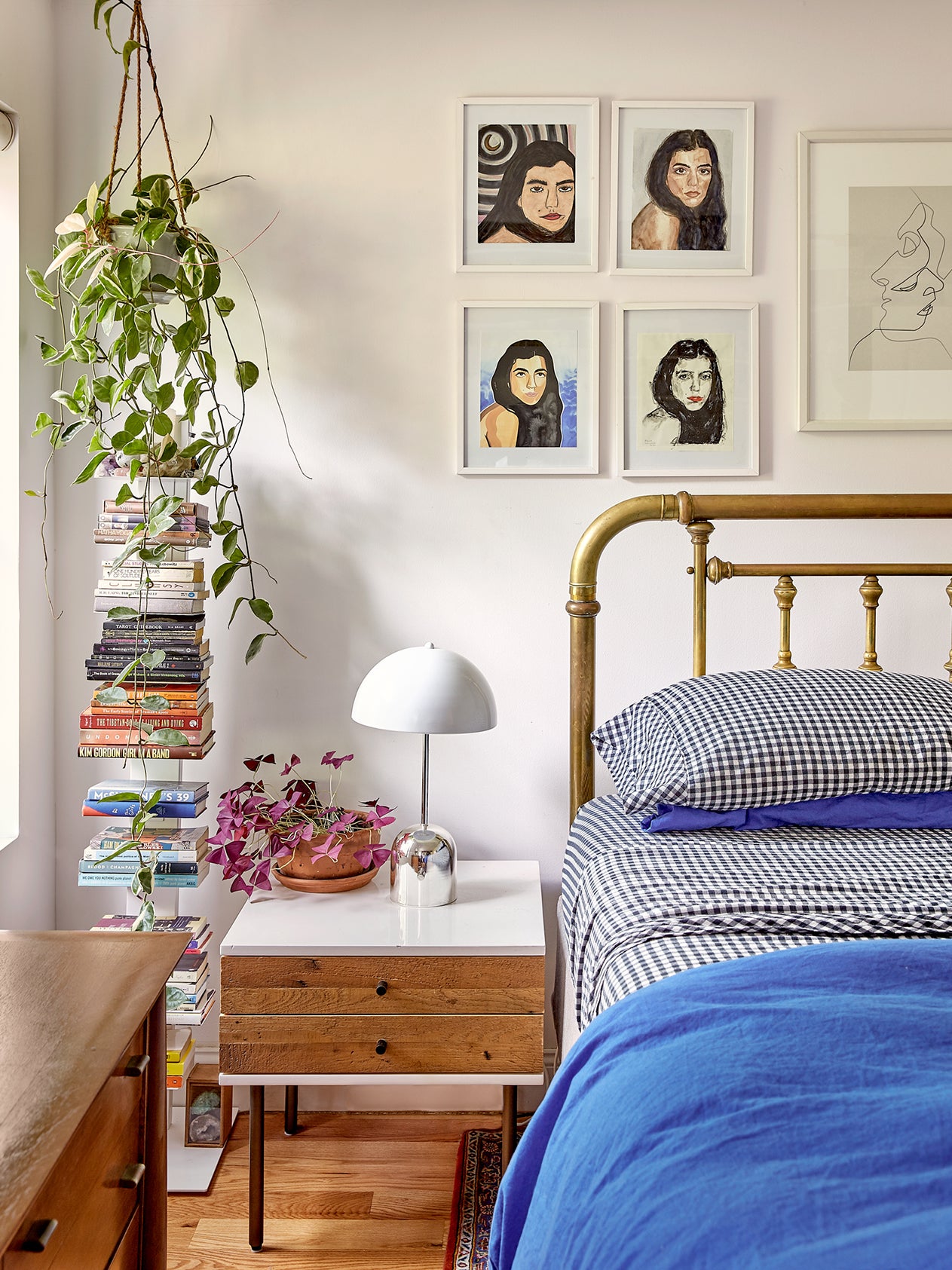 Sweaty palms, heart palpitating, the urge to cry (or throw up). No, I’m not talking about unwanted side effects of a drug, but rather how you might feel right before signing a lease on a new apartment. I should know, I’ve done it 12 times now and somehow it never gets less stressful.

There’s something inherently terrifying about putting your name on the dotted line for a home that you’ve spent a total of maybe 20 minutes in, often ushered along by a pushy broker. What if your neighbors are weird, or there’s plumbing issues, or early-morning construction noise? Do you even like this neighborhood?

These concerns are probably all warranted. Rental horror stories, after all, aren’t rare. If you want to feel better about your decision the next time around, take this deal-breaker list—which I’ve amassed through my very own share of less-than-pleasant experiences (and after looking at hundreds of potential rentals)—to heart when you go apartment hunting.

My first apartment was a spacious, two-story loft in a just-up-and-coming neighborhood of Montreal. I had a limited budget, so moving a little farther away from the hustle and bustle meant more space, but this was really far. My bedroom, however, was beautiful—it had floor-to-ceiling windows and a door leading to a small fire escape. One night, someone knocked on the door from outside begging for money. I was alone and terrified. Luckily, he left after a few minutes, but I never slept soundly again.

The lesson: Feeling unsafe isn’t worth the nicer apartment. Take some time to walk around the neighborhood during the day and at night, and check that doors and windows aren’t easily accessible from the street.

My second apartment was in a much better neighborhood. It was a small one-bedroom, and the bathroom was tiny. It was so small that the sink was maybe 4-by-8 inches. I thought I’d be okay with it, but the very first time I tried washing my face, the water splashed everywhere—on the mirror, down the wall, even in the adjoining shower. I knew I would never get used to it and I moved out after a year.

The lesson: Test out all sinks and showers before moving in.

Living with someone who is never home can feel like winning the lottery to a 21-year-old, which was the case with my third apartment. The other tenant said she was moving to another city and only needed to use her room as a pied-à-terre about one weekend out of every month; she would pay half the rent. She ended up being in the apartment most weekends. Months later, I learned from our landlord that I was paying the full rent. I had essentially been letting her stay in my apartment for free.

The lesson: Confirm what every roommate is contributing to the monthly rent price. If you’re subletting or moving in with roommates, confirm the total rent price with the landlord.

I took a semester abroad in Australia when I was 22 and decided to move in with a few friends from back home who were also in the exchange program. We found a quaint, fully furnished house not too far from our university. The one caveat: We had to take care of the (very manicured) garden. We thought it would be a piece of cake, but none of us had anticipated the fact that the city was in a drought and landscaping in a dry Mediterranean climate is very different from that in rainy Canada. We put so much effort into keeping their plants alive—watering whenever the city allowed, weeding and pruning constantly—but in the end, it didn’t look nearly as good as when we had moved in and we felt so bad!

My last place in Australia was an older but charming Victorian. We moved in the middle of summer, and it didn’t occur to me until winter came along to ask how to turn the heat on. As a Canadian, I never thought that a home could not have central heat. Well, this one didn’t. And when the temps hit near freezing, space heaters didn’t do the trick whatsoever.

The lesson: Always ask about air-conditioning and heat before signing a lease.

When I moved back to Canada, I snagged a small one-bedroom in an area I loved. The landlady was really lovely and seemed to have taken good care of the place. Everything was going smoothly until I noticed her futzing around my front porch. Regularly. One morning, I was laying on my sofa by the window, and she quite literally stuck her face in the room. When I stepped out to ask her if anything was wrong, she pretended she was washing the glass. It happened again and again until I left.

The lesson: Get a good read on your landlord when you meet and ask a few neighbors about their experiences.

The last time I lived with a roommate was 2014. We shared a large, recently renovated 1,900-square-foot apartment in a leafy Montreal suburb. We thought we had lucked out. Then, one by one, the updates started quite literally falling apart: door handles would twist off into our hands, every appliance broke down…we even had a gas leak due to the stove-top’s poor installation. The breaking point came in the summer when a visitor stepped onto our second-story balcony and his foot went straight through one of the wood planks. Turns out, the whole terrace was rotten.

The lesson: If renovations look like they were poorly done, they probably were.

Five years ago, still in in Montreal, I rented a brand-new one-bedroom. It was my first real “grown-up” apartment in a residential development that had a gym, three (three!) rooftop pools, and a coffee shop in the lobby. But I overlooked one tiny thing: Another 21-story tower was going up across the street. In a matter of months, my unobstructed skyline views were replaced with ones of my neighbors’ living room, plus it felt like the entire block was a construction site. After a year, I was ready to move on.

The lesson: Ask about any construction (happening or planned) in the area.

My first New York apartment was also my first studio, so I made a lot of concessions in the name of a good zip code. The bathroom was definitely tiny and the closets were limited, to say the least, but I made it work. I had about six glorious summer months in the apartment until fall came around and the radiators kicked off a symphony of banging sounds that lasted all winter long (and kept me up many nights over). Ah, the many charms of living in a prewar building.

The lesson: Check the age and type of heating system in the building during your walk-through.

My last apartment, another small studio in the East Village, had a very large single window. Its size alone made me think that the apartment would get plenty of sunlight, but it was hard to tell when I first visited the building: It was the grayest February day in the dead of a snowstorm. In the end, the north-facing window meant I never got any direct sunlight, a major downer.

The lesson: Pay attention to sun exposure (the best is southern) and schedule another look if you first see the place on an especially dreary day.

My current apartment is near perfect. (I learned a lot from the 11 others I lived in!) But the other morning, I saw a mouse running along our kitchen island and had a full-blown meltdown. “This is New York! It’s a prewar building! What do you expect,” my superintendent joked cheerfully. Luckily, he promptly sent multiple exterminators to lay traps and block any holes, but a quick Google search confirmed that the building did have rodent problems in the past.

The lesson: Google the building’s history and ask staff and residents whether they’ve had any issues—with rodents or management. When something goes awry (and it inevitably will), it helps to know that a responsive team is one phone call away.

Learn more handy rental tips we swear by: The Decorating Lessons I’ve Learned From Moving 12 Times in 12 Years I’ve Moved 11 Times in 10 Years, and This Rental Essential Has Been My Saving Grace The Under-$100 Target Purchase That Extended the Life of My Rug by Years