All My Small Space–Dwelling Friends Own This $150 IKEA Mirror 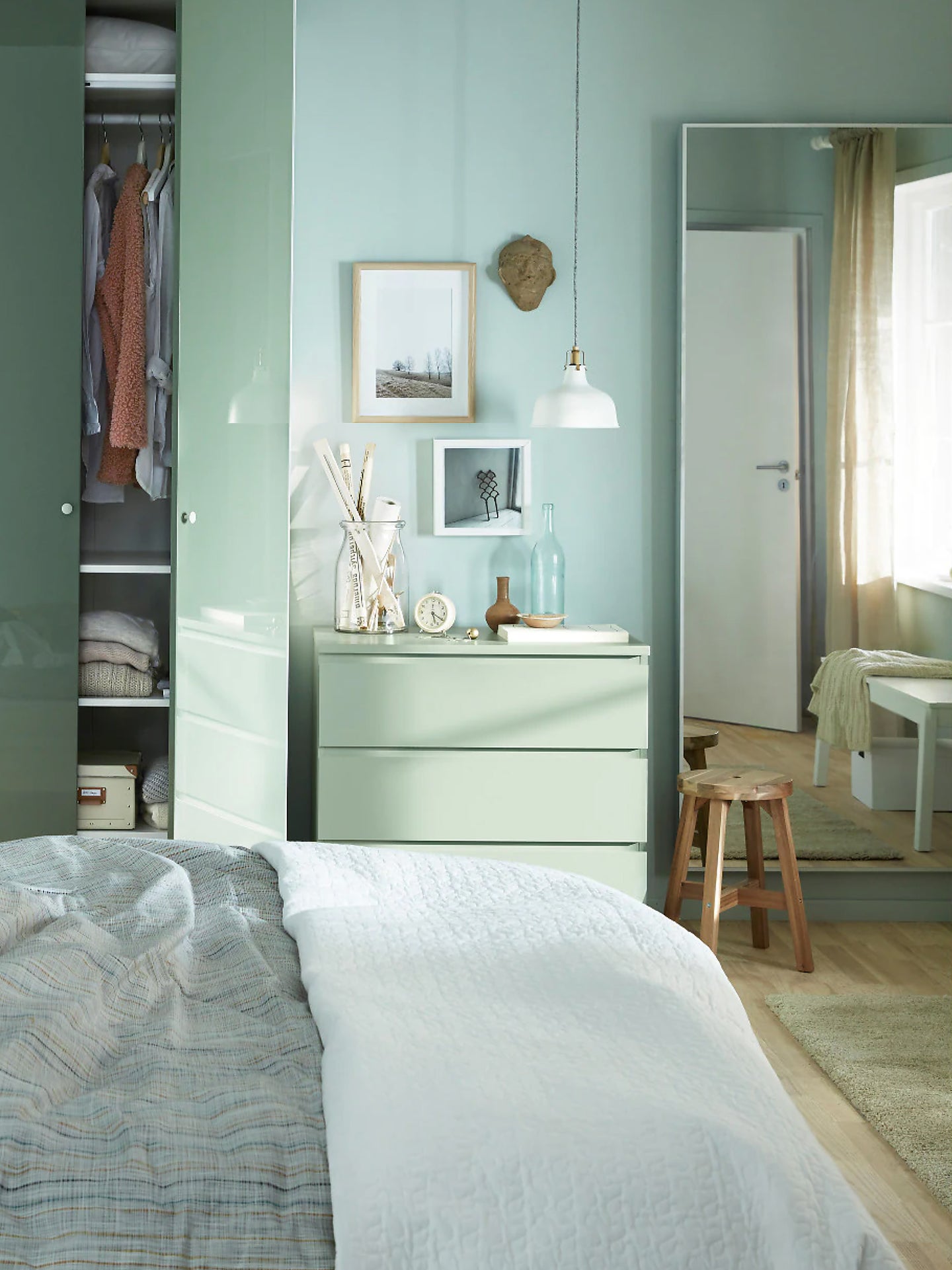 Several years ago, a friend of mine was forced to move out of his sixth-floor walk-up apartment on New York’s Lower East Side—wait for it—within 24 hours. In a panic, he called in reinforcements (aka 11 of his friends, myself included, whom he lured with the email subject line “MY LIFE IS HORRIBLE HELP OH GOD” and massive amounts of pizza). During one of our several trips up and down (and up and down) the stairs to load all of his stuff into a van, we set his IKEA Hovet mirror in the ground-floor hallway. By the time we made our next trip downstairs, it was gone.

It was then that I realized just how highly coveted this mirror is—and honestly, I get it. Because it’s perfect. At nearly 6.5-by-2.5 feet, it’s taller and wider than any over-the-door full-length version you’ll find at Bed Bath & Beyond or Target. In fact, it’s so XXL that two people can easily take a selfie in it, and when it’s leaning up against a wall, the sleek aluminum frame makes it almost look like art (you can mount it to the wall, too).

But the best part is the price tag. As anyone who has ever browsed for furniture online knows, mirrors can be crazy expensive—prohibitively so. Even a barely face-size oval one can creep up into the hundreds, which makes the fact that the Hovet will only set you back $150 even more alluring.

Since discovering the clean-lined Hovet, I’ve bought one for my own apartment, then influenced my boyfriend to get one, too. My sister has one in her home, and another friend rests hers between two tall windows in her airy Brooklyn space. Beyond its obvious price perfection, one other reason I suspect it’s so popular among New Yorkers is because its reflection makes even the smallest spaces (like my bedroom) look almost double in size.

But as my friend learned during his bolt-in-the-night move: Like most great loves, the Hovet might just break your heart. During the pandemic, another pal was on the hunt for a preowned one because it had been out of stock at her local IKEA. When she scored one on Facebook Marketplace, she celebrated—only to find out on the morning of her pickup that the seller had accidentally dropped it, shattering it into pieces. But this story doesn’t end sadly, I promise. She eventually found another one online, which makes her the newest member of the club in which all of us truly understand the mirror’s greatness.