The Coolest New Way to Upgrade Your Shelves, Courtesy of Ikea

Style your way to your most artful shelves yet. 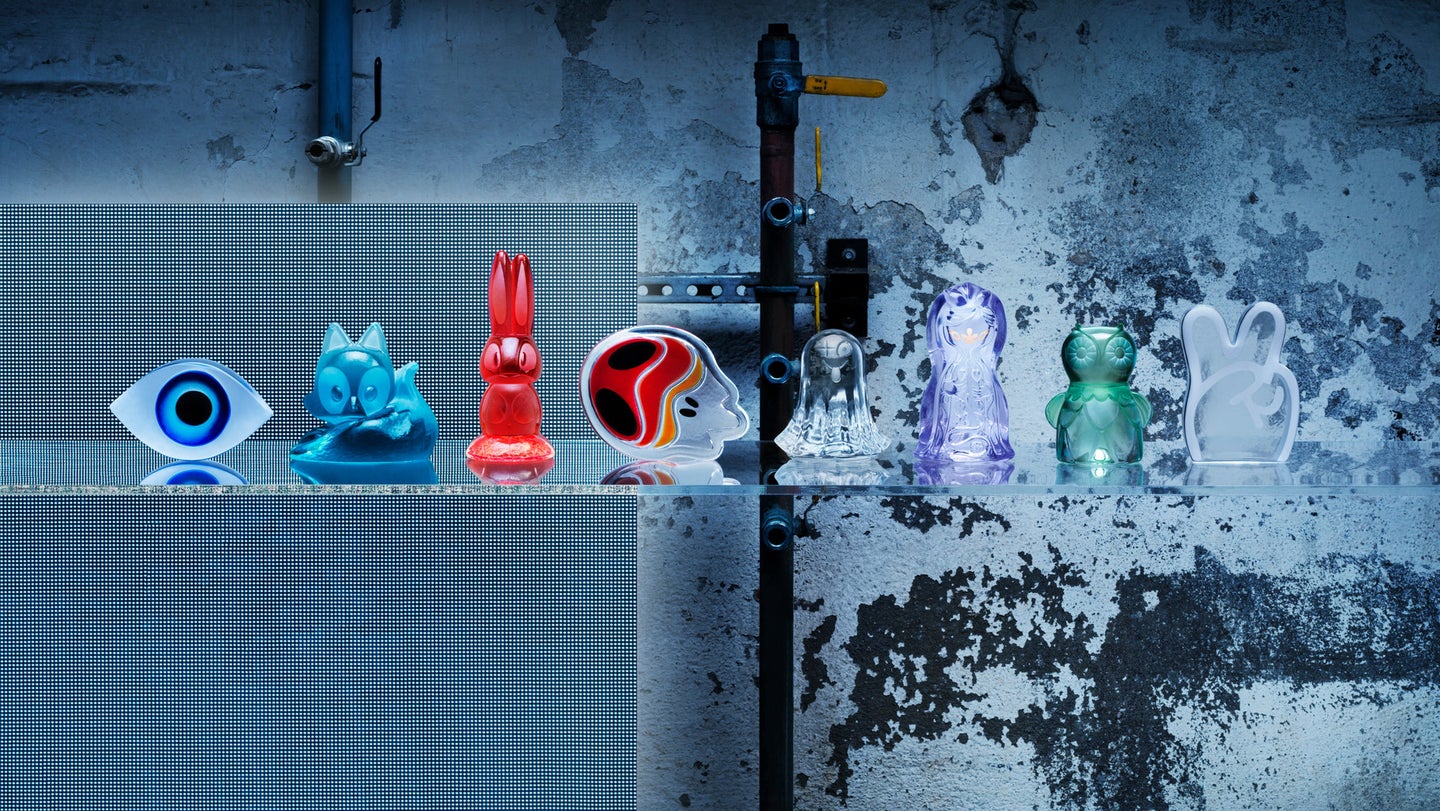 Ikea is back at it again with another artist collaboration that brings high design to the masses at a generally affordable price. Or at least, that’s the goal. The Ikea Art Event 2018, a limited-edition collection of figurines, launches in the United States in April—and each piece is more like an offbeat tchotchke you might find hidden at a flea market than a modern, mass-produced decoration one might expect from the biggest furniture retailer in the world.

“What happens when you mash up the world of manga, designer toys, and comics with the age-old techniques of handmade Swedish art glass? We wanted to find out,” reads the extensive press release.

Evidently, what happens is you get eight little intricately-crafted glass figurines, each made by a contemporary artist representing a different school of artistic expression and a different geographic location. According to the release, many of the artists had never worked with glass before, so collaborating with Swedish glass masters was key to producing this playful collection.

The first figurine is a little ghost-like statue, which sort of looks like the Snapchat icon (though it’s not), and is entitled “Soul Toy.” It’s the work of Hong Kong artist Michael Lau, who is known for his vinyl and plastic sculptures.

Next, “Coarse,” the blue object shaped like and inspired by a fox. It was created by LA-based German duo Mark Landwehr and Sven Wasch, who have been sculpting toy art for 15 years. Evidently, they were inspired enough by the animal to make it the star of their first ever Ikea collab. They too had never previously worked with glass, but you wouldn’t know it based off the attention to detail in this little piece.

Arkiv Vilmansa is the Indonesian painter and designer responsible for “Hira,” the multicolored figurine that looks like a ladybug. For him, the opportunity to work with Ikea holds a particularly personal (and relatable) meaning: “My entire home is practically furnished with Ikea, so the collaboration has been like a dream come true for me,” he writes in the release. Same, Arkiv.

The green owl, “Sutemos,” is the brainchild of Nathan Jurevicius. The Canada-based Australian artist is actually of Lithuanian descent, and used that latter part of his history to inform his design. “The owl is an important part of my Lithuanian heritage, where it appears heavily in mythology,” explains the artist. “Owls are nocturnal, and this one I call Sutemos, which means ‘nightfall.’ That is also the time of day when I’m most creative, when my ideas flow.”

American-based Japanese artist Junko Mizuno was also inspired by the night when creating her figurine, a purple little statue named “Nocturnal.” “I wanted to make a simple, but beautiful figurine inspired by vintage collectible figurines and toys from [the] late ’60s to [the] early ’70s. I named her Nocturnal because I’m a night person. I worked on the design at night, too!” she writes.

The evil eye figurine was created by Ludvig Löfgren, a Swedish artist who’s the only member of this collective with prior experience working in glass. He picked the evil eye for its symbolic meaning, stating that he likes “working with symbols because it allows me to start digging into history.”

Joe Ledbetter’s red bunny, which pays homage to his very first design—also a bunny—is similar to the LA artist’s other work. Ledbetter is heavily influenced by classic animation and underground comics, and has made a name for himself creating designer toys.

Finally, the last piece in this line is a clear peace sign, produced by London artist and visual philosopher James Jarvis. His contribution marks a personal milestone, as the artist had previously said he’d never return to the world of 3D products… meaning this Art Event collection is his first foray back into the medium in a substantial amount of time.

“I said I’d never go back. When working with larger brands, the original idea tends to get twisted into something else. But Ikea has been really respectful of what I wanted to say and how I wanted to portray myself, which is refreshing,” he states in the release.

See a piece that particularly speaks to you (or just looking to amp up your bookcase decor game)? The fourth ever Art Event series will be available next month in stores… while supplies last. And as each piece is priced at $29.99, we’re guessing that won’t be long.

See more recent Ikea releases: Ikea’s Newest Collection Will Inspire You to Do Yoga (Maybe) Prep for Summer Now With Ikea’s New Outdoor Essentials Ikea’s New Collection Is All About Color (And We Want Everything)