Awkwardly Placed Windows Are No Match for These Designer Tricks 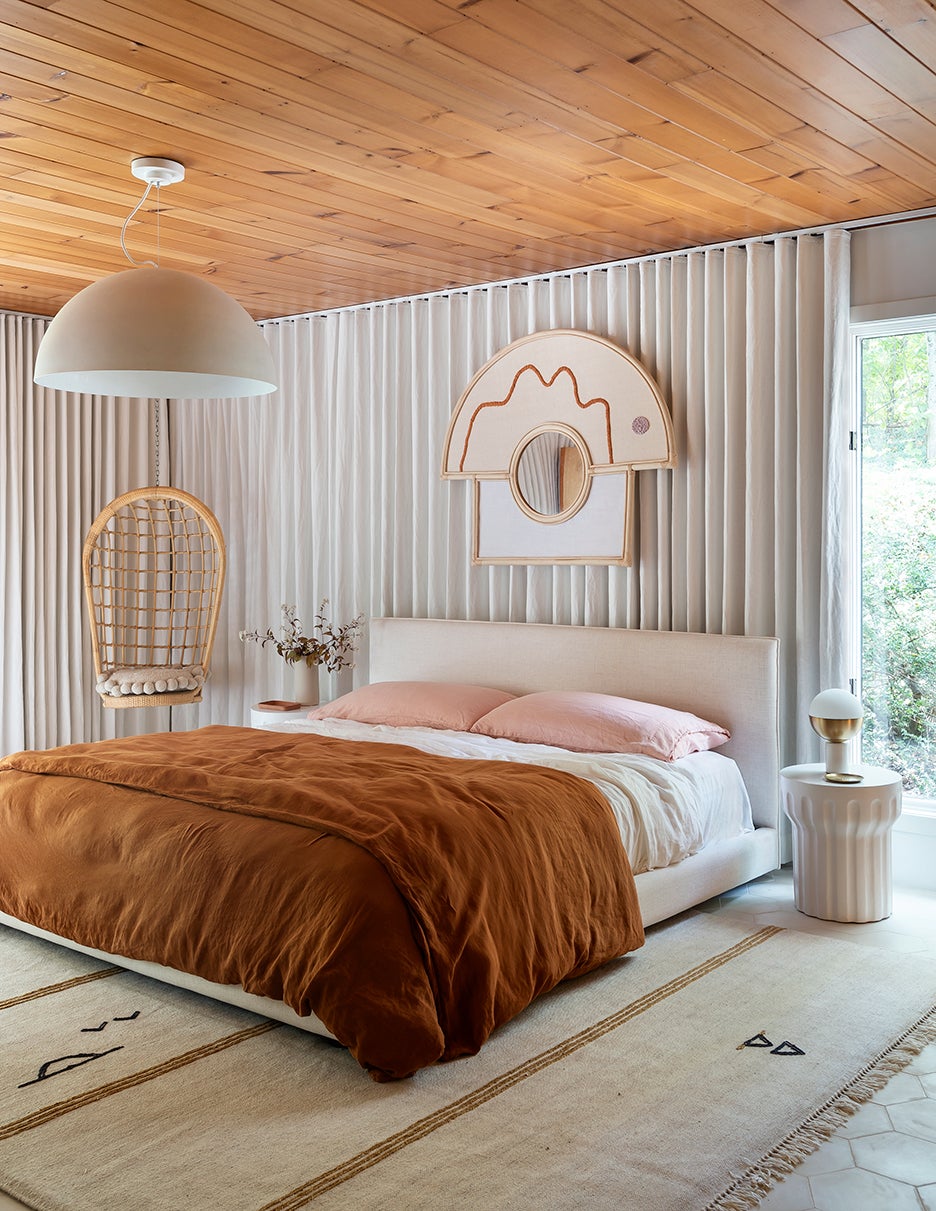 An airy room with sun streaming in from every angle sounds like a dreamy place to live—until you realize there are no walls to place your furniture against. In large living or dining areas, it’s easy to float a sofa or table in the center of the space, but in cramped quarters like kids’ rooms or bathrooms, it’s another story.

If you fell head over heels for a light-filled space, there are ways to manage awkward window placements. Just follow in the footsteps of these smart designers, who worked around all sorts of openings in the cleverest of ways.

Go to the Tippy Top

Interior designer Erin Fetherston unified the two rows of windows in actor Odette Annable’s Texas living room by hanging floor-to-ceiling drapes, creating the illusion that they are actually single sets of windows. Fetherston’s compromise for Annable, who’s not, she says, a “formal girl,” was softly sweeping the grommet-style curtains to one side.

Bisect It With Storage

Kitchen windows can eat up valuable wall space that may otherwise be used for upper storage. So if you’re in need of a shelf to stack bowls on top of, consider running a plank à la Robert McKinley, who used a slab of African mahogany in his Montauk, New York, bungalow. Anna Page, a content creator based in Manhattan, wanted to use hers as an opportunity for hanging small copper pots, so she bought a miniature brass bar on Etsy.

If You Can’t Find the Right-Size Furniture, Make It

Hotelier Stephan Watts didn’t want to obstruct the views of the historic coastal town in this guest room at Dreamers Welcome, his property in Wilmington, North Carolina. But he also needed a wall for the bed. He managed to check off both boxes with a custom headboard broken into two plywood wings that frame the window.

Sarah Sherman Samuel’s master bedroom curtain may look like it’s hiding a single wall-to-wall pane behind the bed, but that’s actually a trompe l’oeil effect the designer concocted to hide two skinny, uncentered openings. She wrapped the entire corner with fabric using a mounted track, making the whole room feel larger and cozier all at once.

Create a Wall Out of Thin Air With Drapes

Designer Benjamin Johnston had the opposite problem in a client’s daughters’ room in Houston—the space has a dramatic corner window, which is great unless you’re trying to sleep—but he came to a similar conclusion as Samuel. Johnston installed wall-to-wall automated drapery panels mounted on ceiling tracks and floated the canopy beds in front of it. He even hung art, just like a regular gallery wall.

Use Art in Lieu of Curtains

Leanne Ford already had plenty of natural light in her Los Angeles bedroom, so she didn’t mind obstructing one window to create a more symmetrical layout. The large canvas leaning next to the bed? It actually hides the opening that didn’t quite work with her design.

Install a Vanity Mirror in an Unconventional Way

At Chiltern Firehouse in London, the bathrooms are bathed in sunlight. Privacy and optimal vanity ambience are achieved not with curtains but mirrors installed directly on the countertops in front of both windows. This smart idea opens up a whole new world of possibilities for sink placement.

Designer Courtney Barton found herself faced with a dilemma when decorating her son’s room: Every wall had multiple windows. She solved the problem by bringing in two beds instead of one (also handy for sleepovers) and positioning each underneath an opening so the layout appeared symmetrical. “The key is to balance the scale,” she explains. Her trick: adding a larger dresser in the middle and hanging small sconces on either side. Now the windows look like a welcome addition.