The bench is another perk. 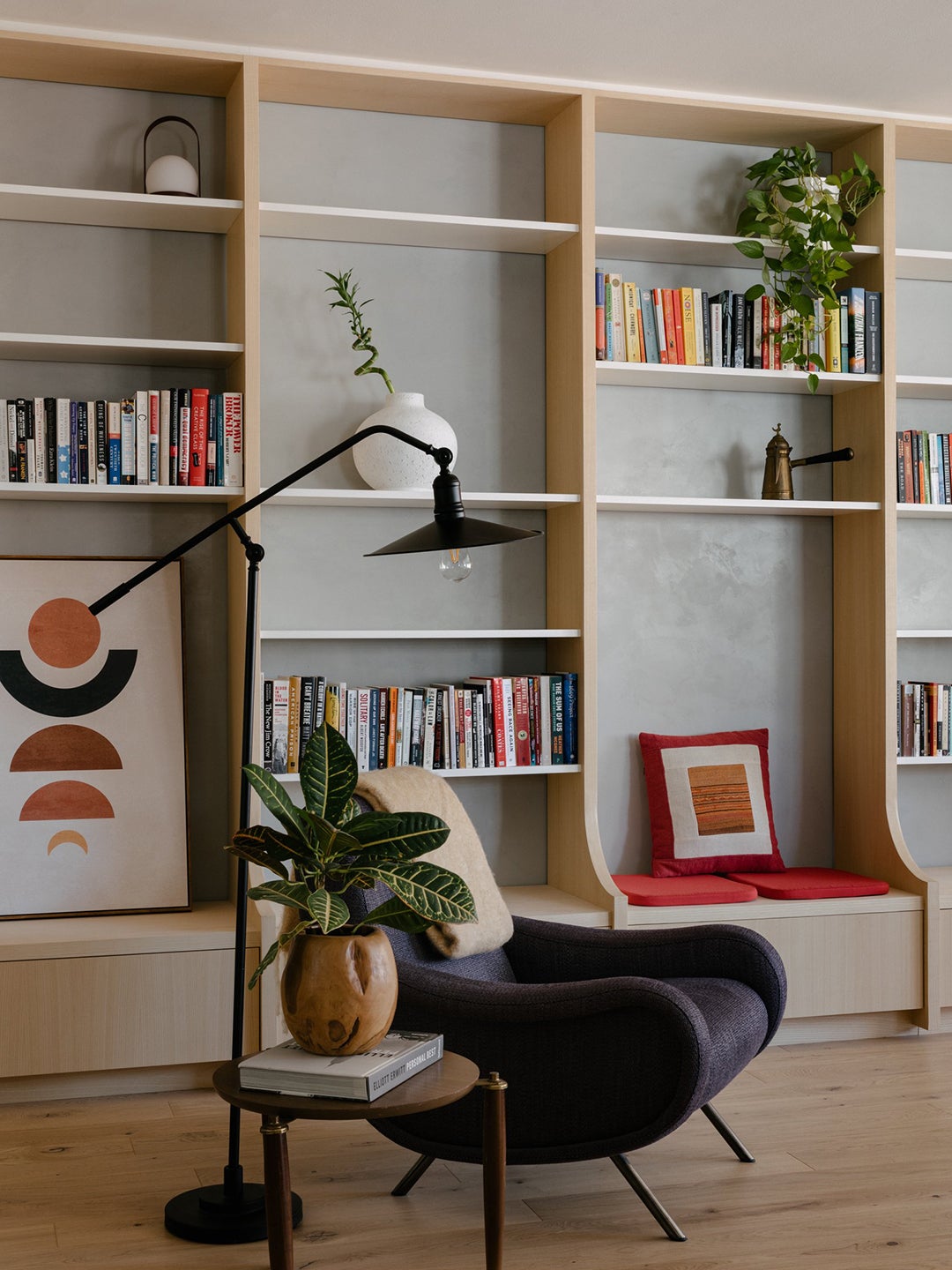 The best bookcases aren’t just for displaying titles. In some spaces, they help disguise a TV; in others, they double as secret doors. But the one that New York City–based architect Idan Naor, founder of Inworkshop, recently made for an Upper East Side couple’s living room does so much more, although it might not be obvious just from looking at the 25-foot-long unit. “We’ve never designed anything like this before. It really fulfills three functions,” explains Naor, who worked alongside millworker KM Builds and EL Contracting to bring the ash-wood structure to life.

The first box to tick? Store the clients’ extensive book collection, which includes a number of extra-large art and architecture reads. Naor got a peek at the pair’s floor-to-ceiling shelving in their previous space, so he was anticipating that same level of volume, but as it goes, in the process of moving, the owners naturally purged a lot of their books. “Now [this new bookcase] is a thing that they are going to keep adding to over time,” he notes.

The second crucial addition was integrated seating. The clients have two nephews that come over often, so they wanted an area that could occupy them and also serve as a bonus lounge spot while they’re entertaining adults. To accommodate, the design team constructed a 20-inch-deep bench that stretches along the base of the bookcase and, in some spots, allows guests to fully lean back against the plaster wall. The vertical dividers define the various seats while also lending dimension to the oversize space. “It amplifies the depth when the light hits them,” notes Naor.

Because the nearby kitchen’s footprint is on the small side, the final step was to incorporate spots for lesser-used serveware and bar tools. Those boxes supporting the bench? They’re actually drawers. “They were very excited about having large dinner parties, and specifically cocktail parties,” says the architect. “That was part of the brief: having a place to store all the objects that go along with that and maintaining an open layout that could be really flexible.”

The final shelving arrangement can bring out the inner stylist in anyone: The narrowest cubbies are intended for propping up books; the ones that are a bit taller are ideal for plants, lamps, and other objects; and the supertall niches are perfect for colorful cushions. Everything is intended to be easily moved around. “It’s really treated like a canvas of sorts,” says Naor. Boredom isn’t an option.