The Clever (Free!) Tools a Reno Expert Uses to Plan Every Project 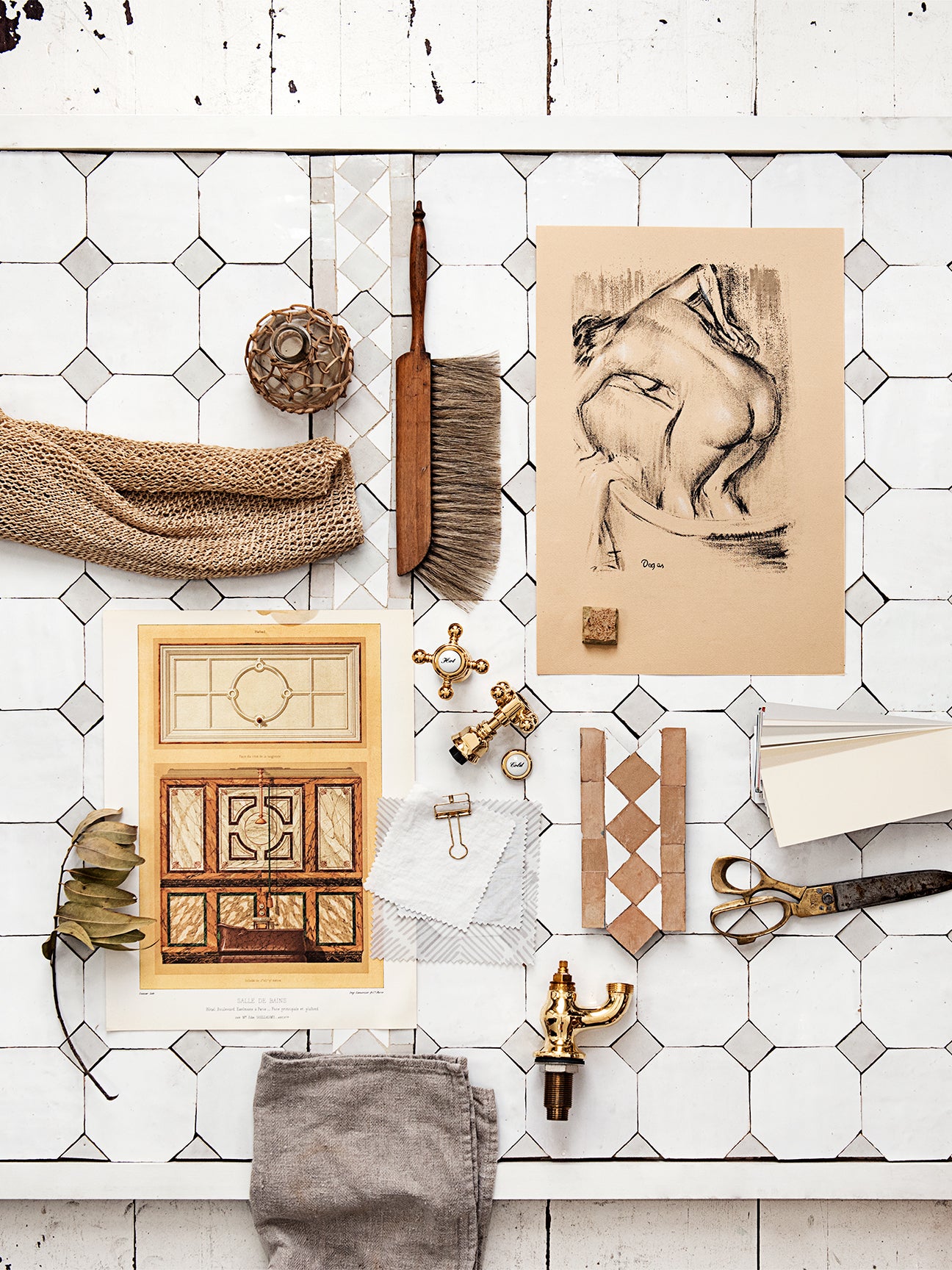 With our New Year’s resolutions freshly penned, January at Domino is all about change—the demo and construction kind. Welcome to Renovation Month, in which we pull back the curtain on the highs (mood-boarding!) and lows (finessing the budget—again) that come with creating the home you’ve always wanted, whether that involves a top-to-bottom remodel or a rental kitchen facelift. Sign up for our newsletter so you don’t miss a thing. In this four-part series, Zio & Sons’s Anthony D’Argenzio walks us through what it really takes to completely restore an old home from top to bottom.

Zio & Sons founder Anthony D’Argenzio makes renovating look particularly alluring. You need only look at This Old Hudson, the 1910 property in Hudson, New York, that he completely transformed. D’Argenzio managed to retain the home’s original charm while also making modern-day updates, thanks to details that look like they’ve been there all along. So when he offered us a peek behind the curtain of his latest project, suffice to say we were intrigued.

The project in question? A series of residences D’Argenzio is completely remodeling to serve as long-term rental properties, located inside a historic 1915 building. Spoiler: “It’s not as glamorous as you think!” D’Argenzio tells us. He walked us through his entire process, from the first to-do list to the last piece of cabinet hardware. We’ll be sharing every step in a series of stories throughout the month, chronicling the designer’s best tips. First up: Everything you need to know about planning a gut renovation.

Ask Yourself What You Want From the Space

Given the end goal was a rental property, D’Argenzio put himself in the mind-set of a future guest. “It was a learning experience for me!” he says. (One lesson: Most travelers will want a dishwasher, which he was originally opposed to because, let’s face it, most dishwashers are ugly.) Other functional additions included a gas stove and AC—a must for visitors, even in upstate New York.

Aesthetically, he knew to stick to simplicity. “People love white, so the question became: How do you make it feel fresh or unique?” he notes. He did this by mixing sheens. He recommends setting aside time to test paints thoroughly, especially white, given there are so many shades and each will react differently in various environments.

This wasn’t the designer’s first rodeo. Between numerous interiors projects and product launches, D’Argenzio already had a good sense of the tasks he would be able to handle—and those he would have to outsource. “I’ll always hire a professional electrician and plumber, and definitely a roofer,” he says. He’d rather work on design-focused construction, like refinishing a door or applying Venetian plaster.

“Get as granular about the details as you can,” D’Argenzio states. He came up with multiple itemized checklists, each one detailing a specific area like design or production, down to the finishes. “The more research and time you put into developing that plan, the easier and less crazy the process will be,” he adds.

Get a Second (or Third) Opinion

“I’m a creative type, not a planner, so having someone who is an outsider looking in can be a really great resource,” says D’Argenzio—in his case, it was his cousin and business partner. Whether it’s a family member or a mentor who has been there, done that, having a sounding board for tough decisions always helps. If all else fails, take it to the pros: D’Argenzio suggests making an appointment at Home Depot or Lowe’s and bringing in rough measurements of your space so the experts there can help you lay everything out.

“Get as granular about the details as you can.”

Take to the Drawing Board (Literally)

Did you know IKEA has a virtual kitchen planning tool? It does, and it’s free! Even if he’s not using its products, D’Argenzio still relies on the tool to get a sense of what the finished space will look like—apparently the retailer’s specs for most standard fixtures are on point.

The other method he relies on is a bit more hands on: “I like to draw the shape of the room that I’m working on and input where the windows and doors are—things you can’t move,” he explains. Then he sees what features will fit into that space: “I play around with it until I find a scenario I like.”

Keep Emotions Out of It

“Treat it like a business,” says the designer. Any kind of home project will be emotionally draining, so if you can put sentiment aside right off the bat—or at least save it for the decorating, which he says is more personal anyway—you’ll have a clearer idea of exactly what needs to be done.

“People love white, so the question became: How do you make it feel fresh or unique?”

While D’Argenzio originally thought he was saving money by not tearing down the bedroom walls, it ended up costing him more to keep them due to one tiny little detail he’d overlooked: the electrical wiring. “If you have old wiring that needs to be replaced, your electrician will have to spend more time on it,” he explains.

Save Your Original Visual References

Your Instagram Saved folder is basically a living mood board, and likely one of the best true representations of what you love. For this reno, D’Argenzio sifted through the past two years of his, put everything in a Dropbox file, and broke the images down into such categories as kitchens, color, and artwork. Then he created a printed version that he kept returning to throughout the project. “If I needed to make a last-minute decision, I’d look at that board and ask: Does that fit with the tone and feeling I want?” he says. Your future self will thank you for this bit of clarity.

See more renovation stories: Renovating Her Rental’s Closet Was the Best Decision Anna Z. Gray Made This Kitchen Reno Trick Is Basically Money Back in Your Pocket The Home Union Founders Retiled Their Bathroom in Less Than a Week