This Kitchen Reno Trick Is Basically Money Back in Your Pocket 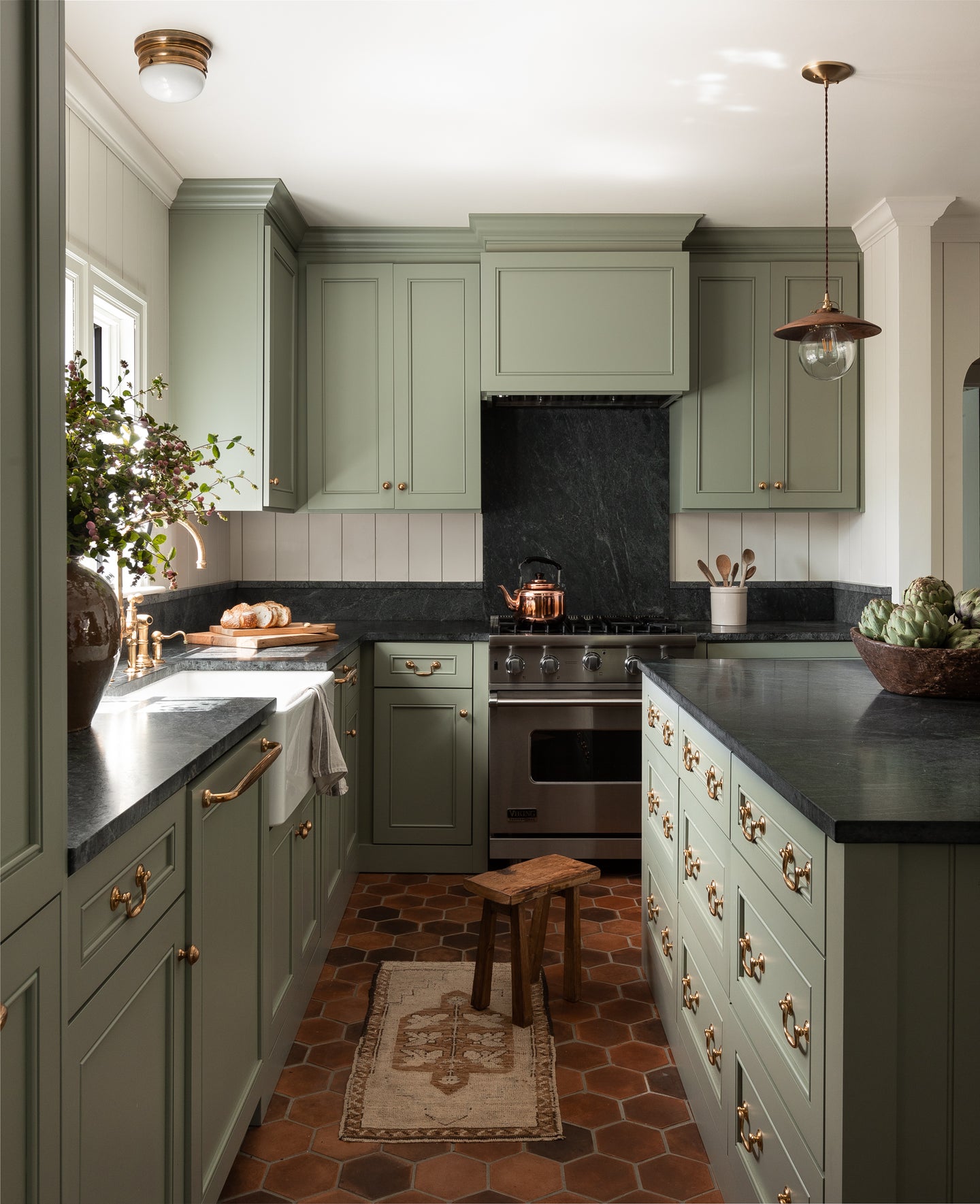 With our New Year’s resolutions freshly penned, January at Domino is all about change—the demo and construction kind. Welcome to Reno Month, where we pull back the curtain on the highs (moodboarding!) and lows (finessing the budget—again) that come with creating the home you’ve always wanted, whether that involves a top-to-bottom remodel or a rental kitchen facelift. Sign up for our newsletter so you don’t miss a thing.

If there’s one thing we’ve learned from veteran renovators, it’s that less is almost always more. Even small adjustments can make a big improvement. For instance, consider the backsplash, a critical (but surprisingly expensive) part of any kitchen remodel. It’s also a small way to save a lot of cash. What’s the difference between a low-cost kitchen job and a super-expensive one? Ten inches, give or take.

While the standard height is usually in the 15- to 20-inch range, if you’re on a budget, the magic number is 6. When designer Jaclyn Peters was reimagining avid baker Ashley Illchuck’s space, she had good reason to scale down: Illchuck wanted to splurge on soapstone counters. The soft, stain-resistant material is roughly $150 per square foot, so to continue it up the walls would have cost nearly $3,000—not including install. Instead, Peters only continued the backsplash up the wall for 6 inches (or whatever it was)—a small change that made a big impact, and not just on her budget. Here, three more reasons kitchen renovators swear by this work-around.

It Can Brighten Up a Sterile Space

While a stone such as Calacatta gold marble exudes warmth, a kitchen swathed in poured concrete skews cold and contemporary. To “tone down the boldness” at the firm’s Columbia Avenue project, Becca Stoltzfus, a designer at The Chris and Claude Co., opted for a subtle six-inch border, and the result is less jarring than the full foot of extended countertop that was originally considered. Not to mention Stoltzfus estimates they saved between $500 and $750.

You Can Put Offcuts to Work

Not sure what to do with the residual countertop chunks? Turn your leftovers into—what else?!—a backsplash. This idea works particularly well if you’re tight on space and only have a few small crannies to fill. “The tricky thing is matching up the pattern, especially if you used marble or something with more prominent veining,” says designer Heidi Callier. In other words, be wise about the kind of material you use. For example, you won’t have to play Tetris with something like a spotty terrazzo, which looks good any which way you spin it.

Add Texture to the Walls

The only real downside to a shorter backsplash is less coverage. After all, this feature’s main job is to protect the drywall from moisture. That’s where paint finish comes in. To make up for the small Carrara marble backsplash in this kitchen, Ingredients LDN used Venetian plaster to cover the space above the countertops. The treatment adds a richness to the room, but, more important, it’s waterproof and easy to wipe down. And like all of these ideas, it costs way less than adding miles of tile.

See more stories like this:  Anyone Can Turn a Dresser Into a Bathroom Vanity Renovators Swear by This Pendant Light Hack I’ve Made a Career Out of Renovating New Builds—Here’s How I Give Them Character