Two Weeks and $1,000 Was All it Took for This Couple to Transform Their Kitchen

"It was a sweat equity renovation." 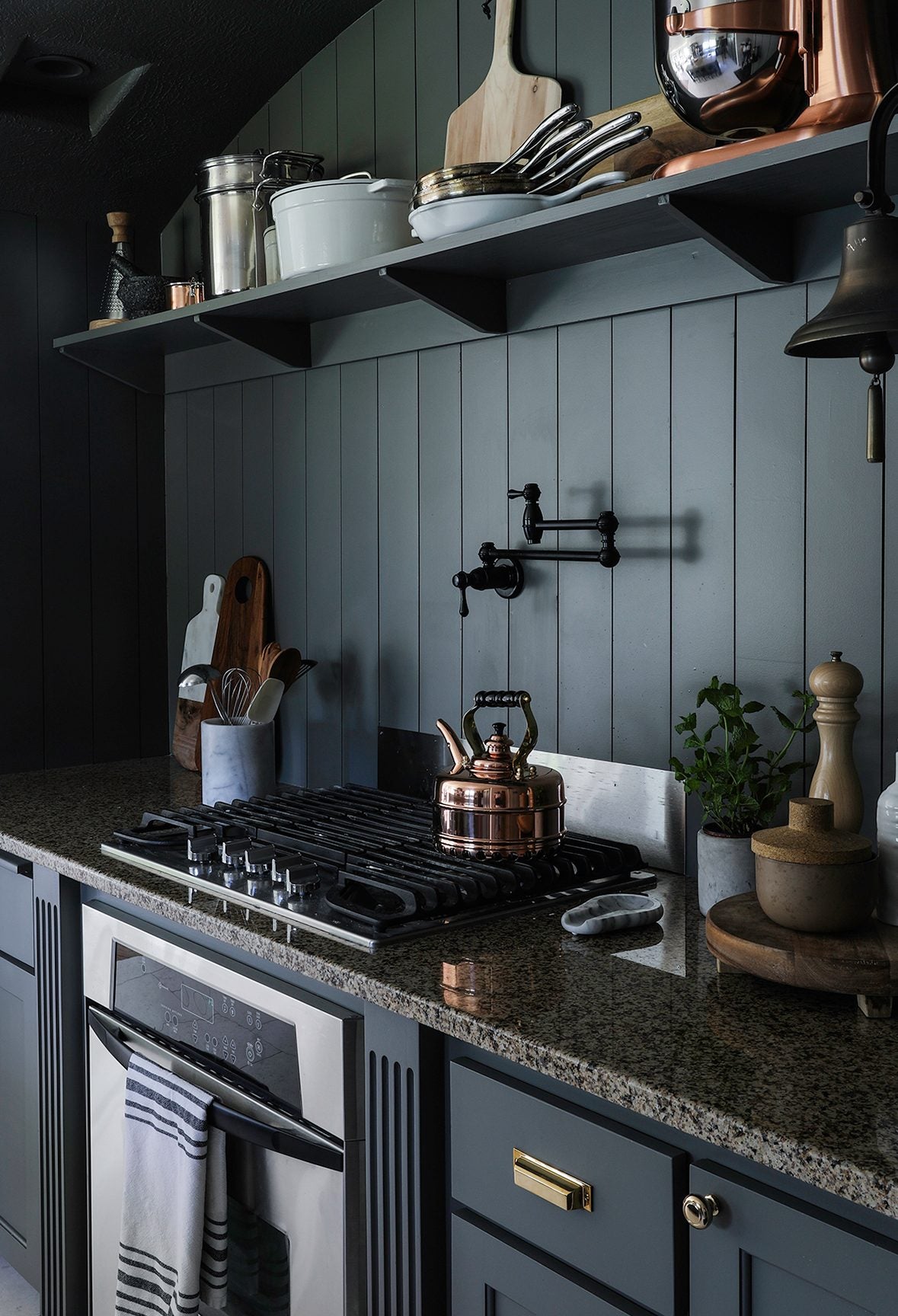 One thousand dollars and two weeks isn’t a typical framework for a kitchen renovation, but that’s exactly the challenge that Chris and Julia Marcum gave themselves. When the couple behind the blog Chris Loves Julia moved into their new home in Idaho Falls, the dated space was on the top of their renovation list. As big believers in living in a space before embarking on major gut jobs (like, you know, tearing out all your cabinets and countertops), they opted to start with small changes that would carry them through to the next remodel phase.

“It was a sweat equity renovation,” says Julia. The goal: to come out on the other side with a kitchen the duo could live with for a few years before swinging the sledgehammer. Inspired by old-world European kitchens and the modern-cottage feel of their home, they used the little cash they had set aside to give this dated space a swift facelift. Here’s how they got it done.

Before the renovation, the cabinets were not only different colors but different heights and sizes. Maybe this was in vogue a few decades ago, but to the Marcums, it screamed passé. By converting some of the cupboards to open shelving and lowering others to more accessible heights, the kitchen is now practical and sleek.

The couple is no fan of dated granite countertops, but replacing them in an initial renovation would have certainly blown their entire budget (and then some). Their solution was to coat both the cabinets and backsplash in a chameleon green-gray (Thunderous by Sherwin Williams). “We knew if we did something a little bit darker, then the countertops would kind of fade into the background,” Julia says. “When we laid out the swatches, I think it only took us about 10 minutes to say, ‘That’s the one.’” When time is of the essence, swift decisions are key.

Most of the brass knobs in the new kitchen came from Lowe’s and were less than $3 per piece, but the couple also splurged on a few matching pulls from Rejuvenation, which clocked in at $13 each, to give the cabinets a high-end feel. “Sometimes you just need to mask the fact that maybe your cabinets are a little worn,” says Julia. By using a high-low mix even in their hardware, the duo saved big. And because they knew every penny saved would go toward a bigger remodel, there wasn’t an inch that the Marcums didn’t see as an opportunity to save.

Discover more before and afters:  12 Small-Bathroom Makeovers That Make the Most of Every Inch Before and After: Tour a Kitchen That Hadn’t Been Updated Since the ’60s Mid-Century Meets the Mediterranean in This California Condo